France is still angry, and Germany says it is insulting the United States, Britain and Australia to "fire the fire" 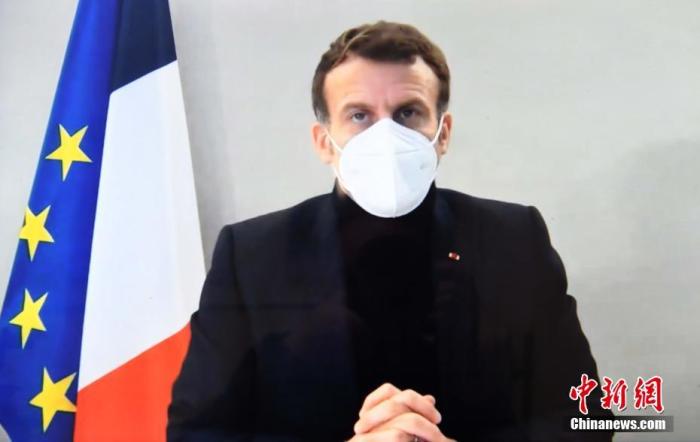 This incident aroused strong dissatisfaction in France. French officials revealed on September 24 that French Minister of Foreign Trade and Economic Attraction Riester refused to meet with the Australian Minister of Trade in Paris in October.

In addition, the French Ministry of Foreign Affairs believes that it is necessary to assess how the US-UK-Australia Tripartite Security Alliance (AUKUS) will affect the field of non-proliferation of nuclear weapons.

On the 15th of this month, the United States, Britain and Australia announced the establishment of a new "AUKUS" trilateral defense alliance. The United States and Britain will support the Australian Navy in establishing a nuclear submarine force. Australia immediately announced the suspension of the agreement with the French Navy Group to purchase 12 diesel-powered Barracuda-class attack nuclear submarines. Supply contract.

The "Contract of the Century" signed in 2016 is worth 56 billion euros.

On the 17th, France announced the recall of its ambassadors to the United States and Australia and accused Biden of “stabbing France in the back”.

According to reports, the leaders of France and the United States agreed to meet and negotiate in Europe at the end of October on the diplomatic crisis triggered by the nuclear submarine agreement.

According to the joint statement issued by the French Presidential Palace that day, at Biden's request, French President Macron spoke with him about the impact of the US-UK-Australia tripartite agreement.

The two sides agreed that open consultations on issues involving the strategic interests of France and European allies should allow the situation to develop in a better direction and avoid the current situation.

On September 22, local time, Speaker of the House of Representatives of the United States Pelosi met with Australian Prime Minister Morrison in Washington.

However, France's anger on the submarine contract was torn up.

Australian Trade Minister Tehan revealed in an interview with ABC Radio that he will take the opportunity to attend the Organization for Economic Cooperation and Development (OECD) meeting in Paris in October to try to hold talks with French Trade Minister Riester to ease the tension between the two countries.

However, according to Reuters, an official of the French Ministry of Foreign Trade and Economic Attraction revealed that Riester had rejected the proposal.

The report quoted the official as saying: "We will not follow up with the Australian (Trade) Minister's request for a meeting. We can't do anything that hasn't happened."

In addition, the French Ministry of Foreign Affairs believes that it is necessary to assess how the establishment of a tripartite security alliance (AUKUS) between Australia, the United Kingdom and the United States will affect the non-proliferation of nuclear weapons.

At a press briefing on the 24th, a spokesperson for the French Ministry of Foreign Affairs said: "The cooperation framework announced on September 15 is unknown. To assess the consequences, more accurate explanations are needed, especially in the area of ​​non-proliferation."

[Adviser Merkel: The tripartite alliance is an insult to NATO partners]

On the other hand, German Chancellor Merkel’s advisers said that the US-UK-Australia Security Partnership Alliance “is an insult to NATO partners”.

According to reports, Merkel's diplomatic adviser Christopher Hoisgen told the Financial Times that the establishment of the new Australia-US-UK Trilateral Security Partnership (AUKUS) is "an insult to NATO partners."

It believes that US President Biden treats allies like his predecessor Trump.

The emergence of the new alliance has caused people to "do not believe" the Biden administration.

Heusgen added: "At the same time, I don't know whether enhancing regional security is enough to make up for such losses."

He believes that the situation surrounding the tripartite alliance can be compared with that of the United States withdrawing troops from Afghanistan.

In these two incidents, “the behavior of the United States did not match the expectations of the US government. The US government had promised to cooperate closely with its allies after taking office.”