Tunisia: the head of the Parliament warns on "the return to the absolute power of a single man"

While President Kaïs Saïed is accused by the opposition of assuming disproportionate powers, the head of the Tunisian Parliament, Rached Ghannouchi, called on Thursday to fight against "power ... 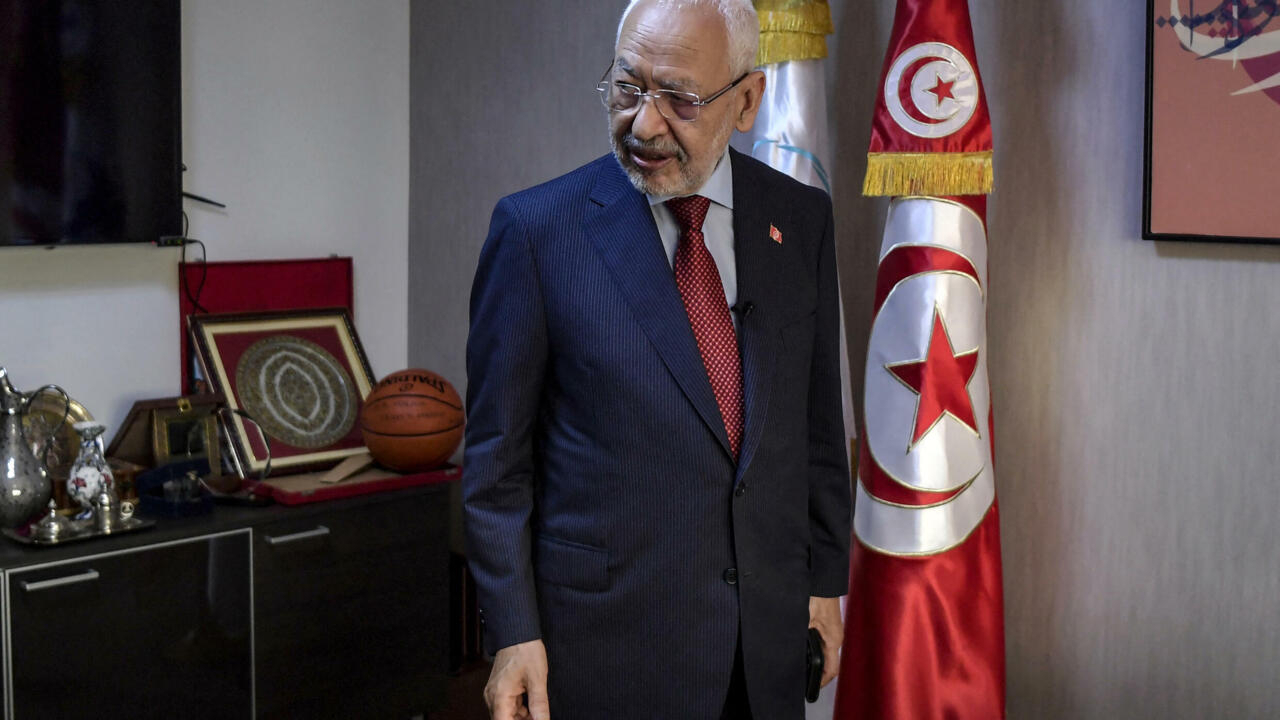 He says he fears "a step backwards".

The head of the Tunisian Parliament and of the Islamist-inspired Ennahda party, Rached Ghannouchi, on Thursday (September 23) called in an interview with AFP, for the "peaceful struggle" against "the absolute power of one man", after President Kaïs Saïed has considerably strengthened his powers.

"It is a step backwards. A return to the Constitution of 1959. The return to absolute power of one man against whom the revolution took place," he declared.

"The only option today is the struggle, naturally the peaceful struggle, because we are a civil movement. Ennahda, the other parties and the civil society will fight to recover their Constitution and their democracy", added the historical leader of Ennahda, 80 years old.

Tunisian President Kaïs Saïed, of whom Ennahda is the bête noire, formalized his July 25 coup on Wednesday by promulgating exceptional provisions.

These reinforce its powers to the detriment of the government and the Parliament, which it will de facto replace by legislating by decree.

These measures "are a marked coup against democracy, against the revolution [of 2011] and against the will of the people," says Rached Ghannouchi.

"Unfortunately the president has gone back, he has brought us back to the pre-revolution".

He assures us that Ennahda, the main parliamentary force in the assembly suspended by Kaïs Saïed, "will participate in any peaceful mobilization aimed at putting Tunisia back on the rails of democracy".

"We will succeed, the Tunisian people will succeed", he insists, calling for "to fight against the dictatorship".

The measures decided by Kaïs Saïed, which tend to presidentialize the hybrid system of government framed by the Constitution of 2014, aroused the ire of all his opponents, in a country undermined by divisions and successive political crises in recent years.

They also reinforce concerns for the sustainability of democracy in Tunisia, the only country to have succeeded in its democratic transition after the Arab Spring of which it was the cradle in 2011 by overthrowing the Ben Ali regime.

>> To see on France 24: ECO WEEK - Crisis in Tunisia: an unfinished revolution

Rached Ghannouchi admitted that his party was partially responsible for the crisis which motivated the president on July 25 to assume full powers: "Ennahda was not in power, but supported the government despite the reproaches we had towards him".

But he accuses the president of having avoided any dialogue before July 25 to settle the crisis, "because it turned out that he had a plan, a vision, that he wanted to impose. And he ended up by impose it on July 25 ".

Rached Ghannouchi says he is not against an "update" of the 2014 Constitution, a source of recurring conflicts, on condition that it goes through Parliament and not through presidential decrees.

"The Constitution was drawn up by all democratic forces and it was adopted by more than 90% of elected members of Parliament, Islamists and non-Islamists. We stand by this Constitution and we will fight with all the other parties that have it. approved so that it is respected ", declared the head of the Parliament.

In the system governed by the 2014 Constitution that Kaïs Saïed wishes to amend, most of the executive power is in the hands of the government and the measures adopted on Wednesday clearly tip the balance in the side of the presidency.

Making good heart against bad luck, Rached Ghannouchi believes that the exceptional measures taken by the president had "a positive side", because they pushed the political parties to put aside their differences in order to unite against him.

However, for Rached Ghannouchi, the fact that Kaïs Saïed seems to enjoy strong popular support does not give him the right to act without taking into account democratically elected institutions.

Four political parties announced on Wednesday the formation of the "Democratic Front", an alliance to "face the coup".