Tunisia.. The Labor Union renews its warning against limiting powers to President Said and calls for resolving crises through dialogue

The Tunisian Labor Union said that President Kais Saied's monopoly on amending the constitution and the electoral law is a danger to democracy, warning of the dangers of limiting powers to the president in the absence of constitutional structures. 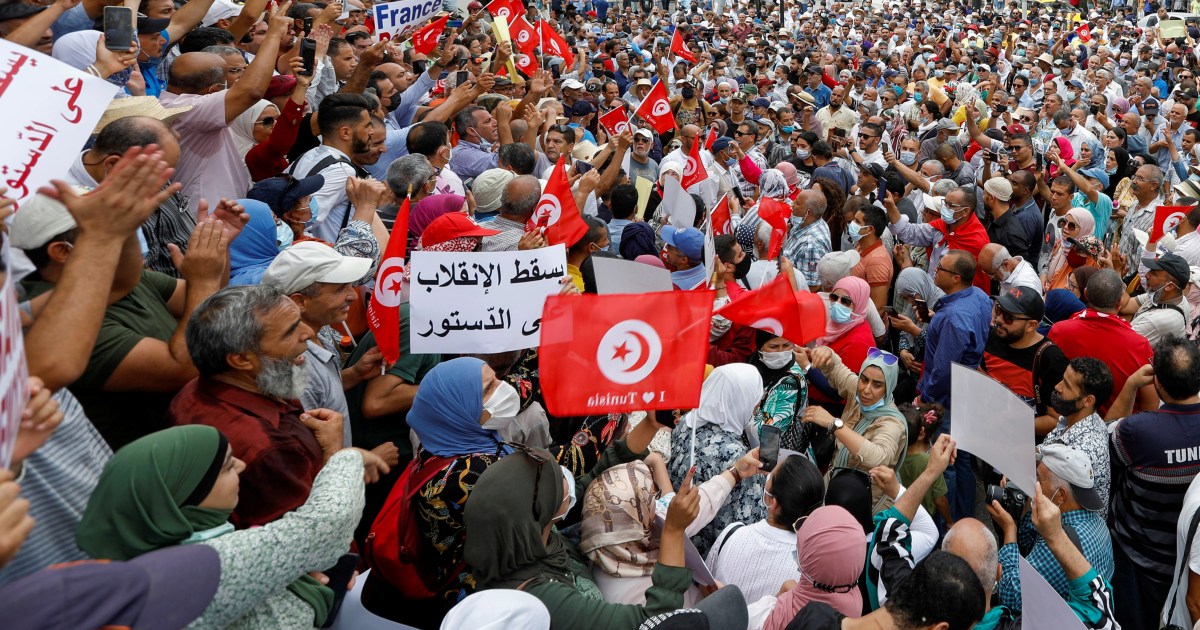 The Tunisian Labor Union said that President Kais Saied's monopoly on amending the constitution and the electoral law is a danger to democracy, warning of the dangers of limiting powers to the president in the absence of constitutional structures.

The union expressed - in a statement it issued - its rejection of the continuation of the exceptional measures taken by the President and their transformation into a permanent state.

He added that there is no solution to the crisis in the country except through dialogue.

In the same context, Tunisian parties said that they consider President Kais Saied to lose legitimacy by breaking the constitution.

The Republican parties, Ettakatol, Afaq Tounes, and the Democratic Current indicated - in a joint statement - that they reject the Tunisian president's exploitation of the exceptional measures to deceive the Tunisians.

For his part, Parliament Speaker and leader of the Ennahda movement, Rached Ghannouchi, described the decisions issued by the Tunisian president as a return to the rule of the absolute individual.

Ghannouchi added that peaceful struggle is the only option left for Tunisians to restore the constitution and democracy.

Ghannouchi's statements came the day after Tunisian President Kais Saied - who announced two months ago the freezing of parliament and the dismissal of Prime Minister Hisham Al-Mashishi and the assumption of powers in the country - last Wednesday issued a presidential order through which he strengthened his powers in the constitution at the expense of the government and Parliament.

He announced the abolition of the constitutionality control body of laws (independent judicial), the issuance of legislation by presidential decrees, and the assumption of executive power with the assistance of a government.

Ghannouchi considered that Said's declaration "a complete coup against democracy, against the revolution and against the will of the people, and abolished the most important democratic institutions in the country."

Stephane Dujarric, spokesman for the Secretary-General of the United Nations, had confirmed the international organization's commitment to continue supporting democratic institutions in Tunisia, calling on all concerned parties to resolve their issues through a comprehensive dialogue.