For the sixth day in a row, seaports and vital roads continue to be closed in eastern Sudan, which owns the only sea port through which all import and export operations take place in this country burdened with economic crises. 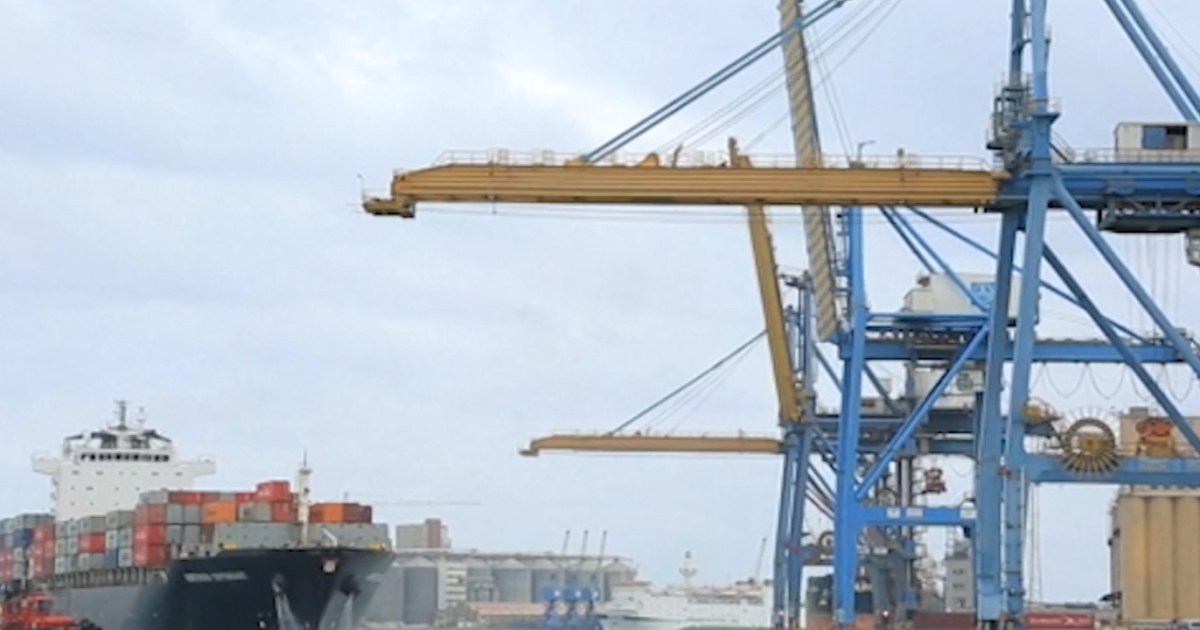 For the sixth day in a row, seaports and vital roads continue to be closed in eastern Sudan, which owns the only sea port through which all import and export operations take place in this country burdened with economic crises.

Local tribal entities continue to close, in order to intensify their pressure on the central government to meet political and other demands related to improving port workers’ wages, amid anticipation for a decisive government move to end the crisis behind the leader of the Hadandawa tribe, Muhammad al-Amin Turk, after he raised the ceiling of his demands, which were limited to canceling the route the East;

It is an agreement for eastern Sudan that was concluded within the peace agreement signed in Juba on the 3rd of October last year.

Subsequently, the demands of the Supreme Council of the Beja Prefectures and the independent commissions rose to calls for the dissolution of the civilian government and the assignment of power to a military council consisting of 6 people representing the regions of the country.

Government sources - Al-Jazeera Net - said that Sudanese Prime Minister Abdullah Hamdok had intended, on Tuesday, to issue a decision to cancel the eastern path as the basis of the current crisis and to form a negotiating platform to discuss the crisis in the east of the country, but the attempted military coup, which was thwarted at dawn yesterday, Tuesday pushed for the postponement of the decision. later.

The prime minister’s insinuations, during his comment on thwarting the coup - and linking it to the crisis in eastern Sudan and the support of the former regime standing behind it - angered the leaders of the sit-in from the Beja tribes’ leaders, which would exacerbate the economic crisis, as Sudan’s losses due to the closure of seaports are not limited to money only, but It can extend to the reluctance of some transport companies to deal with local suppliers in a country that almost depends on the outside for all its needs.

The assigned director of the Sea Ports Authority, Issam El-Din Hasso, said that the daily revenue loss for closing the ports is approximately 250 thousand euros.

However, the Ministry of Transport said - in a statement yesterday, Tuesday - that the total losses of closing the port for a period of 4 days amounted to about 3 million euros, and reported that the Sudanese ports were severely affected by the political events and recent demands after the closure of the multiple ports in Port Sudan and Suakin, in addition to stopping Handling mechanisms and the negative effects that follow, up to the point of damaging their control devices.

She added, "All this is considered a little, compared to the destruction of the port's reputation and stability, after long strides have been taken in the path of its stability and smooth handling, and companies have begun to regain their confidence in it."

The closure of the ports began last Friday, and it is the southern port, which unloads about 1,250 containers per day, making it account for 85% of Sudan’s exports and imports, in addition to the Bashayer port designated for exporting oil, and the port of Osif for the export of iron ore and other minerals, which is located 260 km away.

But the northern port - which is the main - is still working, according to Adam Monaco, vice president of the Finance Department of the Sea Ports Authority, who told - Al Jazeera Net - that the clearance companies stopped work due to the closure, which in turn stopped the documentary cycle to complete the procedures.

Although the nature of the closure of the ports is political, its employees, who number approximately 13,600 people, have demands related to increasing wages and improving their conditions.

Which Monaco pointed out, "The closure is a pressure card in order to reach additional gains; the economic situation of workers is very bad."

According to the directives of the leadership of the Supreme Council of Beja Opticals, the comprehensive closure that takes place in the eastern Sudan region does not include private cars for citizens, travel trips, and organizations’ vehicles, but rather targets oil tankers and all state aid.

Economic analyst Adel Abdel Moneim says that the effects of closing the ports on the public and private sectors are great, and he points out - in his speech to Al Jazeera Net - that the harmful effects will be in the international companies' dealings with Sudanese ports by increasing the proportion of nylon from 25 to 50%, in addition to an increase in the cost of marine insurance. This increases the cost, which affects the Sudanese citizens in the medium and long term, even after the end of the crisis.

He added, "One of the effects is also the loss of confidence in the seaports, and that some transport companies may not direct large ships to the country so as not to incur losses, so dealing with small ships will be from ports around Sudan, and not from exporting countries such as China and India."

The economic analyst fears the continued closure of the ports, which hinders the flow of goods into the country and the accumulation of goods in the port, which leads to a rise in the prices of goods in the local markets, stressing that the local and global effects of closing the ports need time to dissipate.

With the center ignoring the demands of the supporters of Al-Nazir Turk, who has wide influence in eastern Sudan, observers are increasingly concerned about the extension of the closure in the coming hours to include Port Sudan International Airport, after the national road was closed at 6 points in the Red Sea states, Gedaref, and Kassala.