A large and hitherto unknown shipwreck has been found on the seabed off Umeå. - We do not know what this can be about, says Carl-Johan Linde, press manager at the Swedish Maritime Administration, to TT. 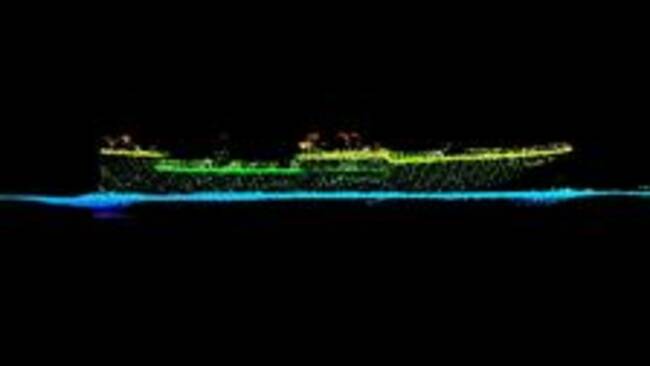 The ship is about 74 meters long and about nine meters at most.

It is located at a depth of approximately 35 meters, says Carl-Johan Linde.

- We have not yet received any indications of when it may have sunk and why, or in what context.

P4 Västerbotten was the first to report on the incident.

The wreck was found a good distance out on the open sea - south of Holmön about two hours out of Holmsund.

The wreck was located in connection with the Swedish Maritime Administration conducting sea measurements in the area a week and a half ago.

- It happens that we find different wrecks, but most often they are already known.

We have not been able to identify this particular wreck after searches in wreck and sinking registers, says Linde.

Steel vessels from the 20th century

Sonar images in 3D show that it is an old steel vessel that has sunk sometime during the first part of the 20th century, according to David Sten, captain of the Swedish Maritime Administration's sea survey vessel Jacob Hägg.

- My guess is that it is a cargo ship that was on its way to Holmön in the early 20th century.

It looks like it comes from the sea, and has the bow towards the fairway in the direction of Umeå, Sten tells TT.

How unusual is it that you find an unknown wreck?

- There are a lot of wrecks here, but almost all have been found before.

It is very rare that we find completely unknown wrecks, which makes this extra exciting.

The size of the ship does not match the sinking data available, according to Sten.

- We will not do any more surveys because it is not included in our data.

But I hope that someone can come up with tips so that we can find out what kind of ship this is, he says.