Iran's Foreign Minister said that his country will return to negotiations to resume the 2015 nuclear agreement "very soon", amid Western resentment against Iran for not receiving a "clear signal" regarding the exemption. 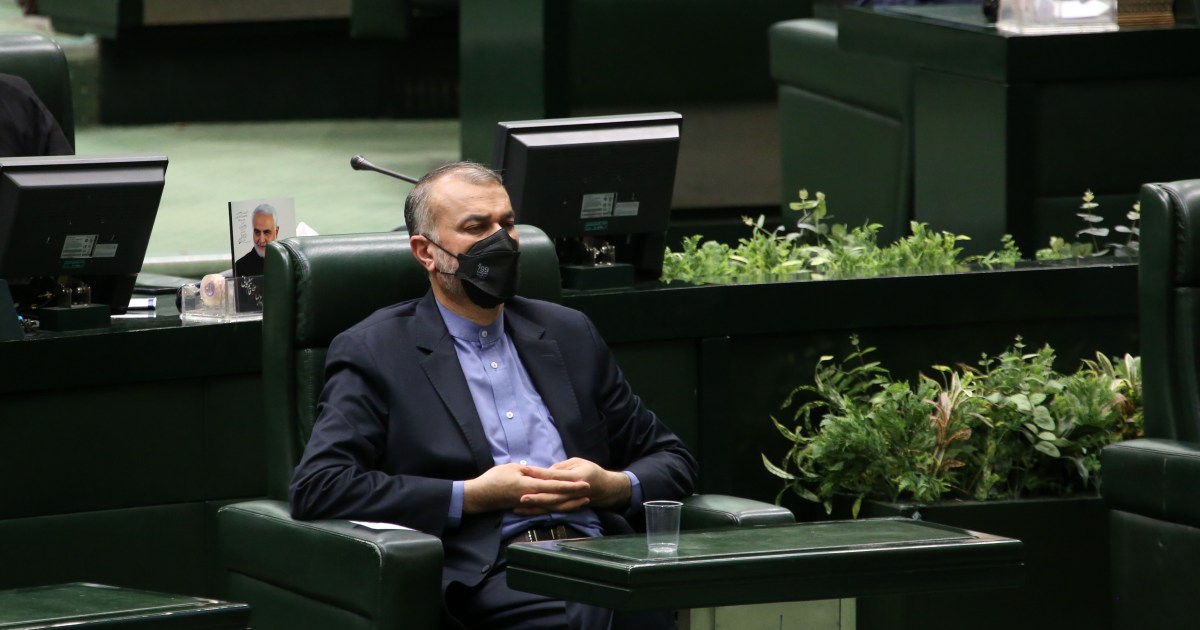 Iranian Foreign Minister Hossein Abdollahian said that Tehran will return to negotiations to resume the 2015 nuclear agreement "very soon", amid Western discontent with Iran for not receiving a "clear signal" of its intention to resume negotiations suspended for months.

In an interview with reporters on the sidelines of the United Nations General Assembly in New York, the foreign minister added that Iran calls for the return of all parties to the agreement in a verifiable manner.

"We do not want to move away from the negotiating table... We will certainly resume negotiations that serve the rights and interests of our nation," the Iranian minister said in an interview with the official Iranian news agency IRNA.

He pointed out that President Ibrahim Raisi's government is studying "approaches on the issue of returning to negotiations, and God willing, we will return to the negotiating table at the earliest opportunity."

In an interview with the American "NBC" channel, Abdullahian confirmed that Tehran is ready to resume negotiations to activate the nuclear agreement, and indicated that the administration of US President Joe Biden is sending negative signals to Tehran by not canceling the sanctions and imposing new ones.

Abdullahian made it clear that Tehran has not witnessed any real action to prove the US administration's intention to return to the nuclear agreement.

He stressed that President Biden must take concrete steps to confirm his diplomatic rhetoric, and to show Iran that Washington is serious about reviving the nuclear deal.

In a statement to Iranian television, Abdullahian said that Tehran will not mortgage itself and its future to the Vienna negotiations and will not wait for the results of the talks.

On the sidelines of the United Nations General Assembly, American and European officials did not hide their displeasure at the Islamic Republic's failure to provide a "clear signal" so far about its intention to resume negotiations to salvage the 2015 agreement, from which the United States unilaterally withdrew.

"We have not yet obtained Iran's agreement to return to Vienna to continue talks, and the question is whether and when Iran is ready," US Secretary of State Anthony Blinken said on Thursday. "We are waiting for a response."

A US official, who asked not to be named, said in a press statement in New York that "the window of opportunity is open, but it will not remain open forever."

During his stay in New York, Amir Abdullahian held meetings with a number of foreign ministers of the countries still affiliated with the agreement, who were present in the American city, but a joint meeting was not held between all the ministers of these countries and their Iranian counterpart.

Iran and six major powers (the United States, France, Britain, Russia, China and Germany) concluded an agreement in Vienna in 2015 on Tehran's nuclear program, after years of tension and hard negotiations.

The agreement made it possible to lift many of the sanctions that were imposed on Iran, in exchange for limiting its nuclear activities and ensuring the peace of its program.

However, its effects have been suspended since the United States unilaterally withdrew from it in 2018 under its former president, Donald Trump, and re-imposed severe sanctions.

For its part, Tehran has retreated from most of its commitments under the agreement, gradually after the US withdrawal.

The parties to the agreement - with indirect US participation - began talks in Vienna this year with the aim of reviving it.

Six rounds of negotiations took place between April and June, with no date set for their resumption yet.

Last Tuesday, Iranian Foreign Ministry spokesman Saeed Khatibzadeh confirmed that the talks would resume "in the coming weeks", without specifying a date.