Fuel shortages: British government tries to reassure London (AFP) After the supermarkets, the service stations affected: the British government tried to reassure on Friday the problems of fuel deliveries, caused by a lack of truck drivers with the consequences more and more visible on a daily basis. The images of closed gas pumps and motorists lining up to refuel for fear of running out of gas have provided a shocking illustration of the supply di 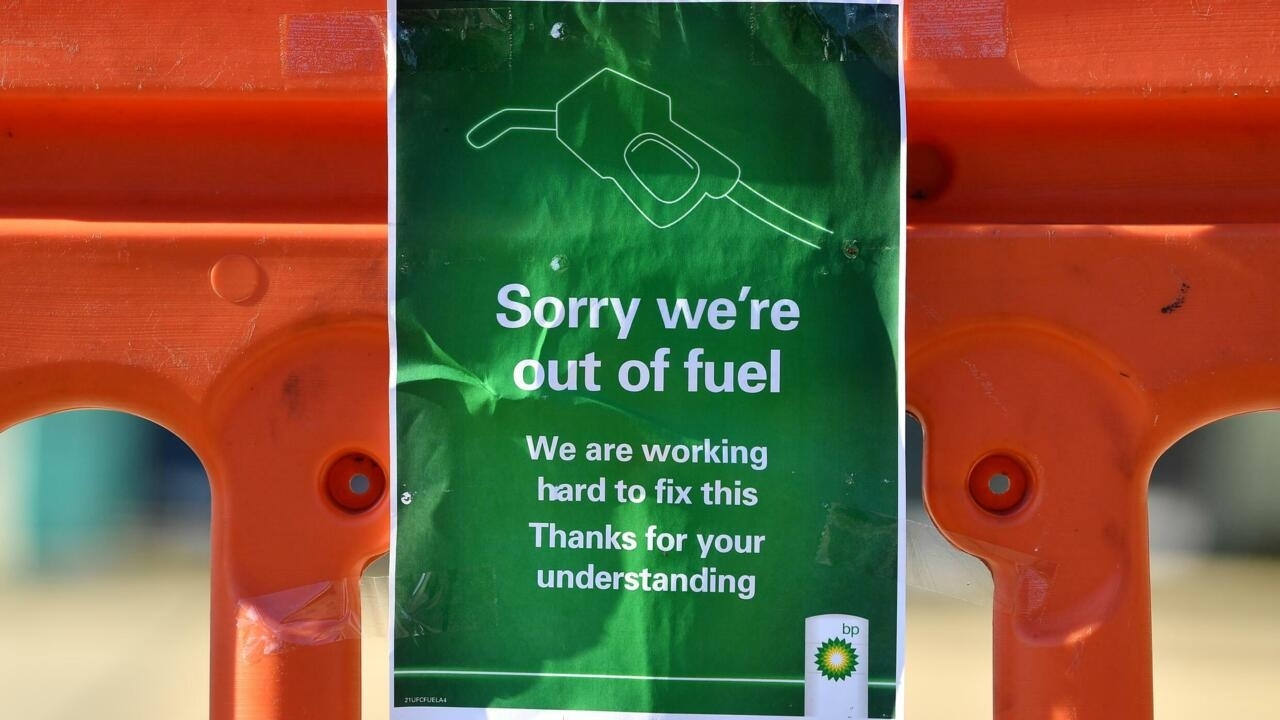 After the supermarkets, the service stations affected: the British government tried to reassure on Friday the problems of fuel deliveries, caused by a lack of truck drivers with the consequences more and more visible on a daily basis.

The images of closed gas pumps and motorists lining up to refuel for fear of running out of gas have provided a shocking illustration of the supply difficulties suffered by the British as a result of the pandemic and Brexit.

"We are having fuel supply issues at some of our UK retail locations and unfortunately we have seen a handful of locations temporarily shut down due to a lack of unleaded petrol and diesel." , said a spokeswoman for the British group BP.

"We favor deliveries to motorway areas, major highways and the most heavily used sites and seek to minimize the duration of stockouts," he added.

According to a source close to the company, the number of gas stations affected by shortages is of the order of a few dozen.

Of around 1,200 service stations managed by BP, “five had to close” Thursday, Transport Minister Grant Shapps said on Sky News, stressing that “no other retailer” has reported closing.

The US giant ExxonMobil, owner of Esso stations, said Thursday that a "small number" of its 200 stations in Tesco supermarkets were affected by this problem.

Motorists line up to refuel in Tonbridge in the South of England on September 24, 2021 Ben STANSALL AFP

Faced with fears of gasoline shortages, Grant Shapps called on motorists to "act as usual" and not to make massive purchases under the effect of panic, which could make the situation worse.

The Road Haulage Association (RHA) estimates that the UK needs around 100,000 more truck drivers, a shortage that has created growing supply problems in recent weeks including in supermarkets.

The pandemic, which has resulted in months of closure of training centers for new drivers, is the "main cause" of the shortage of drivers, a problem that plagues other countries, said Grant Shapps.

A petrol pump reported "out of order" for lack of fuel, at an Esso station in East London on September 24, 2021 DANIEL LEAL-OLIVAS AFP

Added to this are "longer term problems" he continued, stressing that it was "difficult work and so far underpaid".

To attract more candidates, he encouraged higher wages and improved working conditions in this sector.

The pandemic has also prompted a number of truck drivers, largely foreign, to return to their country and Brexit has complicated the arrival of new drivers from the European Union due to much more complex immigration formalities.

For the Minister of Transport, people are "wrong" to attribute the origin of the problems to the exit of the United Kingdom from the European Union.

He argued that "Brexit had actually provided part of the solution".

"Thanks to Brexit, I was able to change the law and change the way driving tests work in ways that I could not have done if we were still part of the EU," said Grant Shapps.

The government announced last month to change the rules to speed up the training of truck drivers.

A BP station stopped for lack of gasoline in Hildenborough in the South East of England, September 24, 2021 Ben STANSALL AFP

The Federation of the Petroleum Industry of the United Kingdom (UKPIA) was also reassuring, saying "the fuel supply chain is resilient and (that) fuel is currently reaching the vast majority of consumers".

Labor MP David Lammy has warned the government it faces "a winter of discontent" with shortages of staff, supplies and skills.