The former president of the Generalitat, Carles Puigdemont, will appear this Saturday before the Court of Appeal of Sassari after the court considered the request of his ... 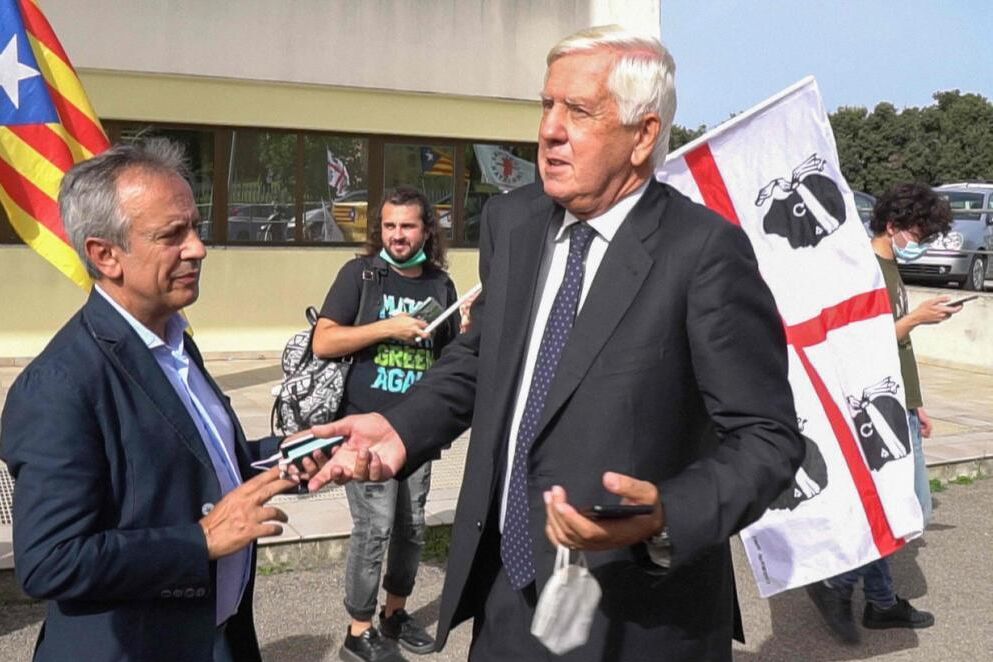 The former president of the Generalitat, Carles Puigdemont, will appear this Saturday before the Court of Appeal of Sassari after the court considered the request of his lawyers to postpone the statement. It was clear that the legal team representing Puigdemont wanted to buy time and that is why they asked to better prepare for the appearance before the Court of Appeal, which must first decide on the validity of the former president's arrest at the Alger airport last night. They had a period of up to 72 hours to complete this procedure, but the judges brought it forward to the judge at noon, which set off all the alarms of the fugitive's lawyers.

Specifically, they requested to postpone their appearance before the court since "they need to extend more time" the preparation of their defense, since they expected that the former president would be summoned tomorrow, Saturday, although the court accelerated the process, which could imply that he was going to justify the arrest and start the deliberation process to accept the Supreme Court's request.

In the event that the arrest is deemed to be in accordance with the law, the court will assess the processing of the Euro-order for the delivery of the fugitive to Spain, which could take longer. The former president's lawyers considered that his appearance would not be immediate since they believed that the judges would document the decision of the Luxembourg Court. In this sense, the lawyer for the former Catalan president, Gonzalo Boye, admits that the crime of sedition is in the Italian Penal Code although "I don't know what it has to do with Puigdemont."

He also assures that he will present to the Luxembourg Court the request for very precautionary measures to release the Catalan leader, despite the fact that the lawyers who assist the former president in Italy want to speak to the Sassari court first, which must decide whether to arrest him. it was adequate. Boye also indicated that if his conditional release is ordered pending a final resolution, Puigdemont can go to the European Parliament and leave Italy, due to his status as MEP. He added that the president "is calm" and that his stay in prison must "take it easy."

What is clear is that the postponement of the appearance of Puigdemont will allow the entire expedition of the independence parties that make up the Government, with President Pere Aragonès at the head, to go to support him on the Italian island.

Llarena: the procedure is "active"

Meanwhile, the instructor of the process, Judge Pablo Llarena, this Friday sent an official letter to the representative of Spain in Eurojust to send to the Court of Appeal of Sassari (Italy) the European Detention and Surrender Order issued on October 14, 2019 against Carles Puigdemont.

In the official letter, the Supreme Court magistrate explains to the Italian authorities that the search and arrest warrant issued by Spain is still "in force" and that the judicial procedure from which the Euroorder derives "is active and pending the capture of the defendants. in a situation of rebellion ", referring to Puigdemont and the former councilors Toni Comín and Clara Ponsati.

In addition, Judge Llarena - who claims the former Catalan president for the crimes of sedition and embezzlement of public funds - has sent this Friday to the Italian judicial authorities a preliminary ruling that he raised before the Court of Justice of the European Union (CJEU) when Belgium He questioned the competence of the Supreme Court to judge another of the fled independence leaders, specifically, the former minister Lluis Puig.

In this sense, the instructor informs that the processing of the aforementioned preliminary ruling "does not modify the situation in which the procedure is currently found, without prejudice to the fact that it must accommodate in its day to the interpretation of European law, and on the strict questions raised, make the CJEU ".

The magistrate also informs his Italian colleagues, via Eurojust, that the translation into Italian of both the OEDE and the question referred for a preliminary ruling has been requested.

Puigdemont case: a new headache in Brussels and Luxembourg

JusticeThe third detention of Puigdemont, pending that the European Justice restores his immunity as a precaution