The Cumbre Vieja volcano, on the Spanish island of La Palma, entered a new eruptive phase on Friday, forcing firefighters to retreat and authorities to evacuate three more ... 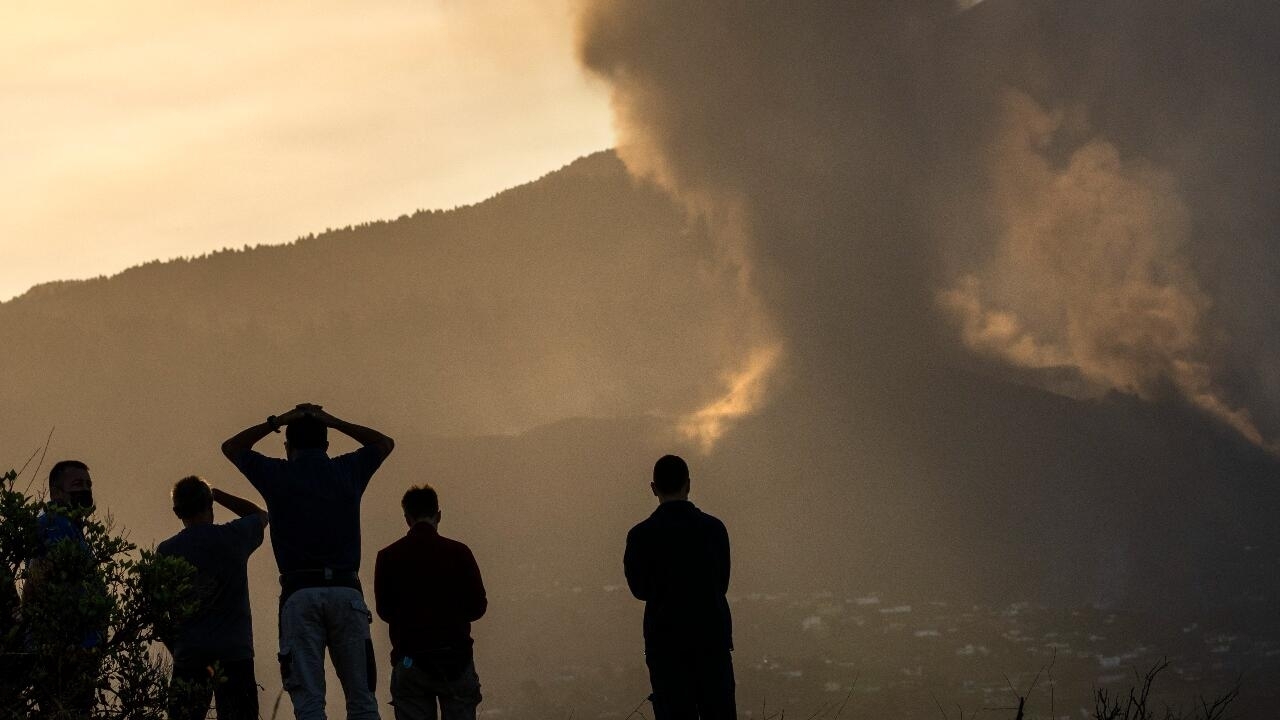 The island of La Palma is once again on alert.

The Cumbre Vieja volcano, located in one of the Canary Islands, entered a new eruptive phase on Friday, September 24.

Firefighters had to retreat due to the violent explosions and the large ash cloud, and authorities evacuated three new towns.

Meanwhile, local airlines - Binter and Canaryfly - as well as Spain's national carrier Iberia have had to cancel flights to the island for the first time since the volcanic eruption.

Firefighters abandoned clean-up work in the town of Todoque on Friday afternoon, as a new fault opened on the side of Cumbre Vieja.

"The volcano is in a new explosive phase ... The firefighters will no longer intervene today," tweeted the Tenerife fire department, which has been deployed to help La Palma.

The authorities ordered the evacuation of the towns of Tajuya, Tacande de Abajo and the part of Tacande de Arriba which had not yet been evacuated.

"Given the increased risk for the population due to the current eruptive episode", the authorities of the archipelago indicated having "issued a compulsory evacuation order for (the districts of) Tajuya, Tacande de Abajo and the non-evacuated part of Tacande de Arriba ".

Authorities did not say how many people were affected.

A video broadcast by the Civil Guard showed a garden completely covered by "between 30 and 40 centimeters" of volcanic ash.

No injuries or victims, but hundreds of houses destroyed

Emergency services initially asked residents to stay at home to avoid the dense cloud of ash and lava fragments, but then decided to evacuate them due to the risk of this new explosive phase.

Since the volcano erupted on September 19, lava has so far destroyed 390 buildings and covered 180.1 hectares - or 40 more buildings in two days - on the island, according to the latest data from Copernicus , the European system of geospatial measurements, as well as emitted thousands of tons of lava.

The eruption of Cumbre Vieja left no injuries or fatalities, but had already resulted in the evacuation of around 6,100 people, including 400 tourists, before these new evacuations.

About 15% of banana production, the main economic activity of the island, could also be threatened.

A cloud of poisonous gas and ash rises more than 4 kilometers into the sky, the Canary Islands Institute of Volcanology said on Thursday.

The speed of the lava flows that have devastated part of the island in recent days has slowed markedly and authorities are no longer able to predict if and when they might arrive in the Atlantic Ocean.

The meeting between lava and the sea is feared because of the emission of toxic gases that it could cause.

In addition, the Spanish Prime Minister Pedro Sánchez, visiting the island, announced that the Spanish government would declare La Palma "area affected by a natural disaster" next Tuesday in the Council of Ministers.

This measure will unblock the granting of aid to residents.