The municipality removes incorrectly parked electric scooters - may be scrapped 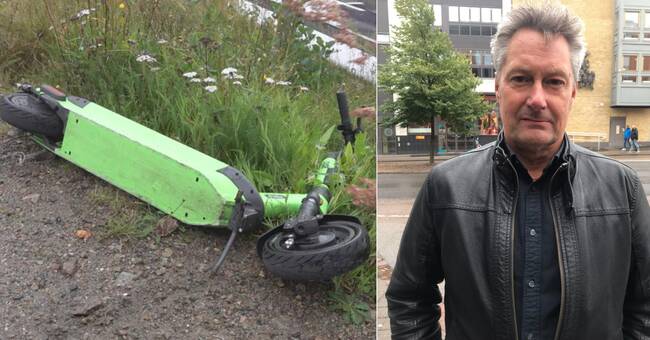 - We will send a letter to the company and tell them that we disapprove of their approach and inform that they must apply for a permit from the police for their activities, says Per-Olof Löfberg, traffic planning manager in Växjö municipality.

Take in the hard gloves

The company is said to have sent an information letter that they would place the electric scooters in Växjö on Friday 17 September around 4 pm.

The company must pay SEK 500 / piece for each bicycle taken care of, otherwise they will be scrapped, says Per-Olof Löfberg.

By September 23, seven bicycles had been taken into care, according to the municipality.

The municipality has also contacted the police and informed that the operation does not have a permit.

- The police will also contact the company and inform about what applies, says Per-Olof Löfberg.

On several occasions in recent days, SVT Nyheter Småland has tried to reach the company but so far without results.