The flight of Carles Puigdemont to Europe began shortly after the decision of the Government of Mariano Rajoy to apply article 155 of the Constitution and take control of the ... 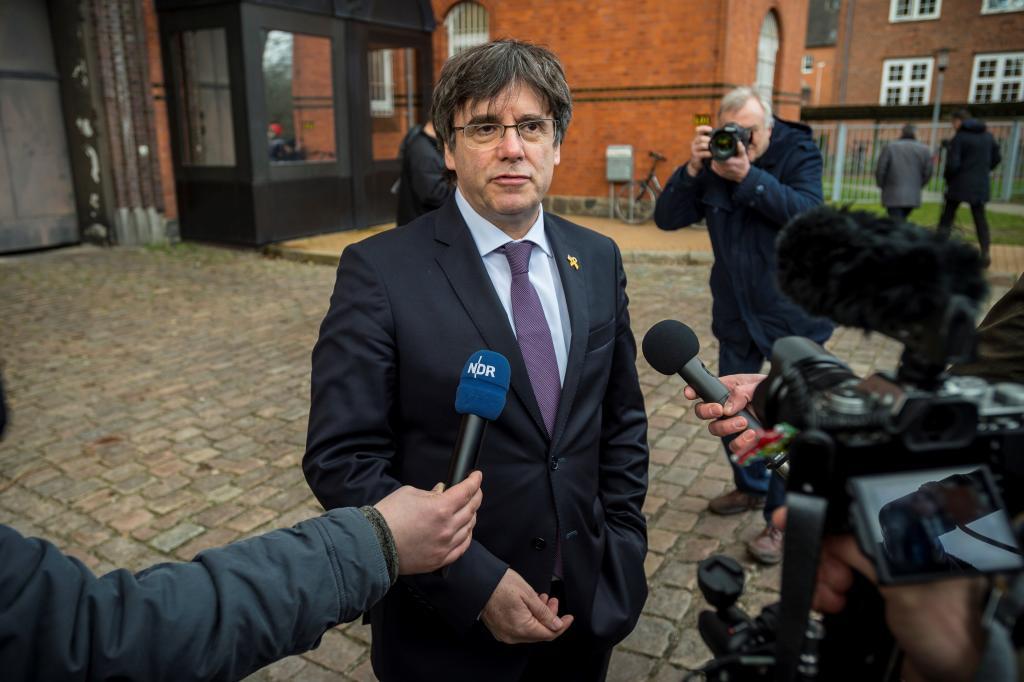 and take control of the Generalitat of Catalonia. It is October

, in fear of being arrested, the former Catalan president leaves Spain at night camouflaged in a car with the help of a small group of Mossos d'Esquadra who continue to act as an escort. He travels at dawn from

, where he spent the weekend with his family, to

In the French city he meets with a group of former councilors, among whom are Toni Comín, Joaquim Forn, Dolors Bassa and

They catch a plane from the

There a group of employees were waiting for him to greet him with applause.

Only a Mossos sergeant, his wife,

, and the businessman and personal friend of Puigdemont

were aware of his escape

The first weeks in Belgium Puigdemont will take refuge in a peripheral hotel that he will use to star in his press conferences and maintain his public defiance of the Spanish Government. Later, and after receiving financial help from friends and the Generalitat itself, it set its headquarters in a mansion in the Belgian town of

where it has remained until now. In those first weeks of his escape and waiting for the Supreme Court magistrate Pablo Llarena to make a move, Puigdemont nurtures the idea that he can move peacefully through Europe and starts a kind of cat and mouse game with the Spanish justice system. advised by his lawyer Gonzalo Boye. On November 5, Puigdemot appears before a judge in Brussels who releases him on charges, along with the others.

fled. On December 21 he is the headliner of JxCat in the Catalan elections.

Convinced of his immunity, on March 18, 2018, Puigdemont participated

in a political film festival

to give a conference, supported by the Finnish deputy

. His intention is to continue to denounce internationally the "attack" of the Spanish State on Catalan democracy. The pro-independence leader's forecast was to leave the Nordic country two days later, but shortly after arriving the Finnish police received a European arrest warrant issued by Llarena on March 23. This is issued after he prosecuted for rebellion the members of the Government who starred on 1-O and who remained in Catalonia, such as Oriol Junqueras.

After hearing this decision of the Supreme Court, Puigdemont's lawyers publicly announce that he will appear before the Finnish justice on a voluntary basis. It was a diversionary maneuver, because the JxCat leader flees the country by car through

, coordinated with the German police, who had under surveillance Puigdemont's car - a Renault Espace with a Belgian registration - from Finland, detained him at 11.30 am, between the towns of

, the only one with a border with Denmark. Puigdemont was heading to Belgium to make himself available to the country's judicial authorities. His arrest provokes a violent reaction in the streets of

The serious disturbances will last for several days.

Held in a German prison in

, on April 6 the territorial court of Schweslig Holstein considered "inadmissible" the crime of rebellion for which Puigdemont is currently being processed in Spain.

Puigdemont is released on bail.

Puigdemont will return to Belgium, where justice will refuse to extradite the independence leader, who after obtaining his MEP act will use the immunity granted by this condition to travel through Europe, especially to the south of

, in his attempt to maintain the moral leadership of the independence.

Companies Why do Spain, Italy and Portugal have the most expensive electricity bills in Europe?