Now the old trams are going away - damaging the tracks

The old wagons from the years 1969-1972 wear on the tracks in Gothenburg and the goal is for them to be taken out of use in the next few years. This is stated in an alarm report from Gothenburg Tramways and the Västra Götaland region. 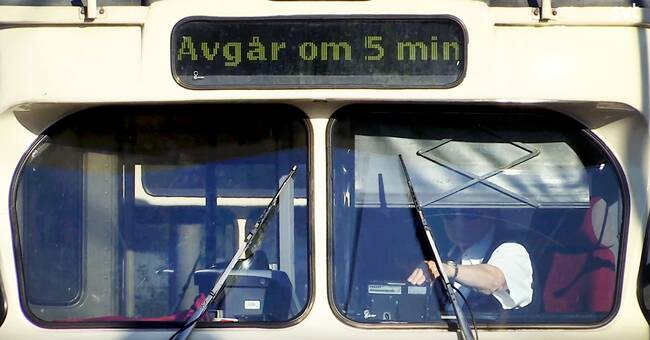 In the clip, you hear the municipal council talk about what will happen to tram traffic.

The report, which was presented yesterday, states that only the wagons from the 80s and the newer wagons will remain in seven years.

"Should have happened several years ago"

But according to Västtrafik, they are in phase with the requirements for tram traffic.

Chairman of the Board Peter Hermansson believes that it is the city of Gothenburg that is the reason why the phasing out of the old carriages has not taken place before, as Västtrafik has only in recent years been responsible for the trams.

But new wagons are underway, 80 have been ordered.

- If we see that there is a clearly increased need, we can increase that order, says Peter Hermansson.

When the new trams are in place, the old ones will be phased out, but delivery has been delayed by the pandemic.

Fewer will be needed

The latest model that was bought in Gothenburg has served the tracks for a year and received good ratings from both drivers and passengers.

There are more of that model, or similar, that will replace the 70s and the Italian carriages.

Axel Darvik (L) believes that with a modernization, not as many trams will be needed.

- Then we can almost double the traffic because they are more efficient and do not break down in the same way, says Axel Darvik.