"The situation is severely degrading": why China considers the creation of the AUKUS alliance irresponsible

The creation of AUKUS undermines regional security and is an irresponsible step of the countries participating in the association. This point of view was expressed by the Chinese Ambassador to Washington Qin Gang. According to him, Beijing is particularly concerned about the plans of Washington and London to transfer technologies for building nuclear submarines to Australia. According to the diplomat, this will only accelerate the arms race. Earlier, Chinese officials also expressed concern about the deal with Canberra, pointing out that it could lead to the proliferation of nuclear weapons. Experts call AUKUS an "anti-Chinese coalition." In their opinion, in response to the actions of the members of this alliance, Beijing may take asymmetric measures and begin closer cooperation with the Russian Federation. 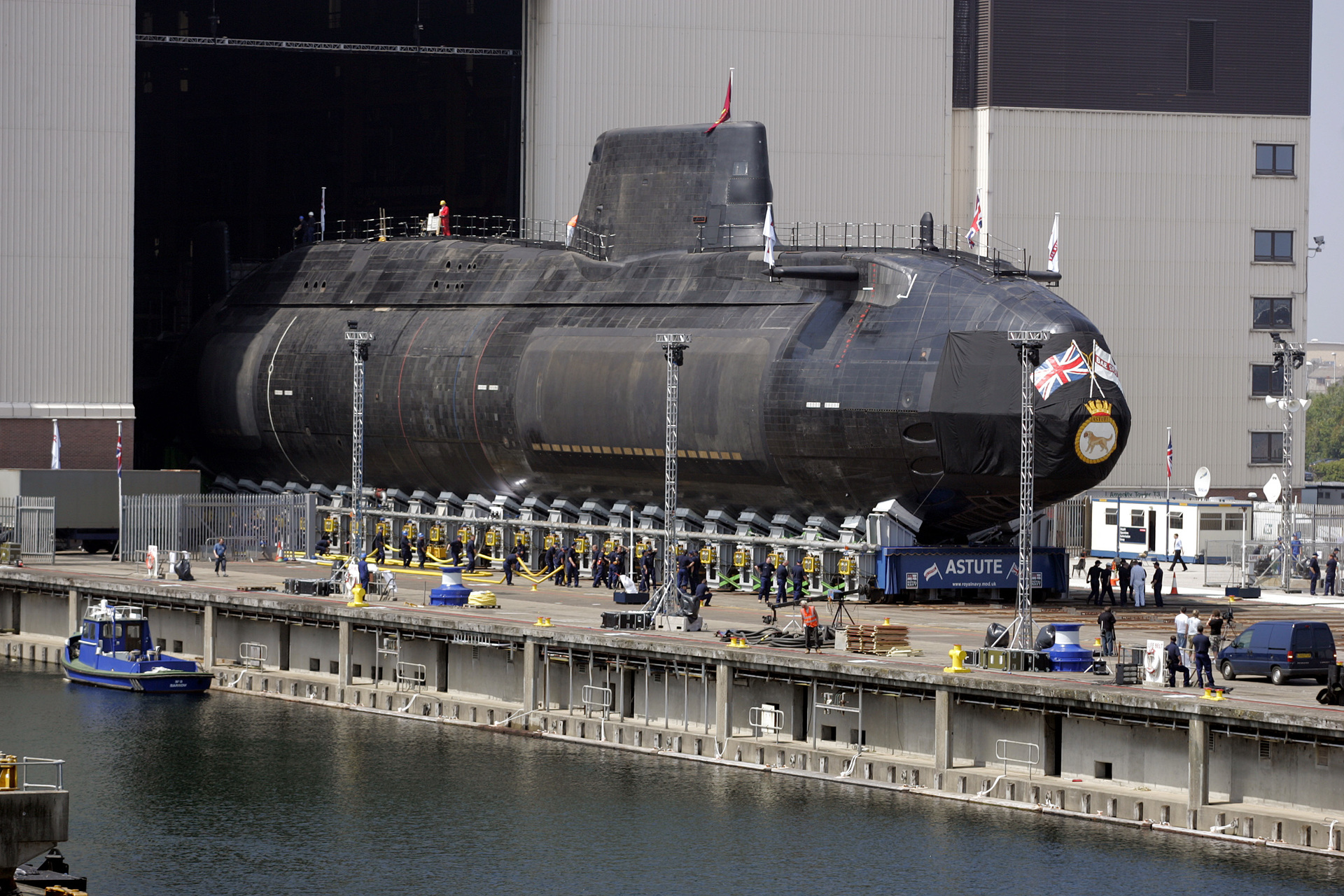 Chinese Ambassador to the United States Qin Gang said that the creation of AUKUS undermines regional security and is an extremely irresponsible step.

He expressed this opinion at a video conference organized by the George W. Bush Foundation and the Jimmy Carter Center.

This is extremely irresponsible, "the TASS news agency quoted Qin Gang as saying.

According to the diplomat, Beijing "will closely monitor the development of the situation."

The diplomat also stressed the importance of security issues in the Indo-Pacific region being resolved by the states located there.

"Creature of the United States"

The establishment of AUKUS (acronym for Australia, United Kingdom, United States) was announced by the leaders of the US, UK and Australia on 15 September.

The deal involves a significant deepening of military and military-technical cooperation between the three states in order to protect their "interests in the Indo-Pacific region."

The main point of the agreement is to help Canberra create its own nuclear submarine fleet.

An assessment of this ambitious project for the Australian Navy is planned over the next 18 months.

Australia had previously intended to replenish its fleet with 12 diesel-electric Shortfin Barracuda Block A1 class submarines.

However, due to the creation of AUKUS, Canberra canceled a major contract with the French company Naval Group (formerly DCNS).

As Australian Prime Minister Scott Morrison explained, the capabilities of these submarines did not correspond to the country's strategic interests.

In response, France recalled its ambassadors to Washington and Canberra.

In addition to the spat between the member states and Paris, the emergence of AUKUS worsened the situation with the maintenance of NATO unity.

France and Germany, with the support of several states, intend to revise the strategic concept of the North Atlantic Alliance.

Despite protests from Europeans, the United States and Great Britain did not abandon their plans.

As part of the deal, Australia is to receive American and British technologies for the production of nuclear submarines.

At the same time, they will not be equipped with missiles with nuclear warheads, like the submarines of the United States and the United Kingdom.

In any case, Australia should become the seventh state with a nuclear submarine fleet, after Russia, the USA, China, France, Great Britain and India.

According to experts, Washington and London took an unprecedented step by allowing the export of military nuclear technology.

“AUKUS is the creature of the United States aimed at curbing the growth of China's military power.

Canberra has become part of Washington's new anti-Chinese concept, and therefore it was decided to significantly strengthen its military potential in order to later use it against Beijing, "Aleksey Maslov, acting director of the RAS Institute of Far Eastern Studies, explained in a conversation with RT.

Moreover, as reported by the British edition of The Times, citing its sources, the authorities of the participating countries are currently discussing the possibility of deploying Astute class nuclear submarines of the United Kingdom Navy at Australian naval bases to strengthen the presence in the Indo-Pacific region.

Submarines of the United Kingdom will be undergoing maintenance there, which will allow them to remain in combat position off the coast of Australia for longer and less often to return to Scotland, to the Faslane naval base.

Canberra officials themselves do not rule out that the Australian military may be able to rent British or American nuclear submarines.

At the same time, nuclear weapons will not be placed under the jurisdiction of Canberra.

As noted by the Australian edition of The Sydney Morning Herald, Morrison's decision on a nuclear submarine fleet will require a strategy for decades to come and an increase in military spending.

Along with this, joining AUKUS, Canberra worsened relations with France and opposed China, which is Australia's main trading partner.

) was aimed at deepening economic cooperation, but now it has turned into an anti-Chinese coalition, which is acquiring a military character, although it is not, in the full sense of the word, a military alliance," Maslov says. ...

According to him, such cooperation undermines peace and stability in the region.

“The countries concerned should abandon cold-war and zero-sum thinking and narrow-minded geopolitical concepts, respect the will of the peoples of the region and do more to promote regional peace, stability and development.

Otherwise, they will only harm their own interests, ”Xinhua News Agency quoted Lijiang as saying.

The diplomat recalled that Australia is a party to the South Pacific Nuclear Free Zone Treaty (Rarotonga Treaty), which has been in effect since December 11, 1986.

The document prohibits the placement, acquisition, use and testing of any nuclear explosive devices, as well as the disposal of radioactive waste at sea.

At the same time, the state party to the agreement retains the right to sovereign decision-making on entering ports and landing at airfields of vehicles carrying nuclear weapons.

In addition to Lijiang, China's Permanent Representative to the UN in Vienna Wang Qun expressed serious concern over the situation with the transfer of nuclear technologies to Canberra.

Speaking at a meeting of the IAEA Board of Governors on September 16, he regarded the decision of Washington and London as "a clear act of nuclear proliferation."

Such a policy, according to Qun, contradicts the goals and objectives of the Treaty on the Non-Proliferation of Nuclear Weapons (NPT) and interferes with the solution of problems with the nuclear missile programs of the DPRK and Iran.

The diplomat believes that the United States and Great Britain are using the export of nuclear technologies in their geopolitical game.

As the leading expert of the RISS Research Coordination Center Sergey Ermakov explained, Beijing is "quite clearly" signaling that AUKUS and the appearance of nuclear submarines from Australia is a military threat to it and undermines international stability.

“It is clear that the possession of nuclear submarines by Australia will give very great advantages to the new alliance in the person of AUKUS.

This is an increase in the range of combat duty, secrecy of movement, wider opportunities for conducting various military operations, "says Ermakov.

According to the expert's forecast, the General Staff of the People's Liberation Army of China (PLA) will certainly develop a countermeasure plan with a set of mirror-like and possibly asymmetric measures to counter the strengthening of the naval presence of AUKUS participants.

Ermakov also does not exclude a more active rapprochement between Beijing and Moscow in the defense sphere.

In his opinion, the creation of AUKUS and the struggle of the United States for global leadership unwittingly pushes China to strengthen its own military potential and close partnership with the Russian Federation, including in the military-technical sphere.

The expert drew attention to the fact that Russia and China are united by a common understanding of the challenges and threats that come from the Western states and their allies in the Asia-Pacific region.

In this regard, Moscow and Beijing will continue to expand cooperation on defense issues.

“The new alliance between the US, UK and Australia means an escalation of tensions in the region.

The likelihood increases that any clash could escalate into a local armed conflict.

It seems to me that we should expect an increase in the number and scale of joint exercises of our countries, as well as new contracts in the field of military-technical cooperation, ”Maslov predicts.

However, as the interlocutor of RT emphasized, Beijing is unlikely to revise the current defense program, calculated until 2035.

According to him, it was drawn up "quite competently" and takes into account the urgent needs of the land and sea components of the PLA.

“China is consistently developing its fleet, including its submarine and aircraft carrier, and thanks to Russian developments in early pre-emptive missile attack, it is strengthening its anti-missile shield.

I think Beijing will be ready for the fact that international security and the situation in the South China Sea will greatly degrade in the implementation of the AUKUS plans, ”Maslov summed up.