Uncle Danish Hasnain (believed by investigators to be the material perpetrator of Saman's murder) arrested yesterday in an apartment in Garges les Gonesse, in the suburbs of Paris after months on the run, has not released any statement at the moment. 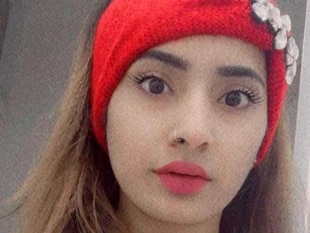 23 September 2021 The Minister of Justice, Marta Cartabia - received the translation of all the documents of the file from the offices - signed and sent to Pakistan the two extradition requests for the parents of Saman Abbas, under investigation for the murder of their daughter and sought by Interpol internationally.

Uncle Danish Hasnain (believed by investigators to be the material perpetrator of Saman's murder) arrested yesterday in an apartment in Garges les Gonesse, on the outskirts of Paris after months on the run, has not released any statement at the moment. Meanwhile, the military of Reggio Emilia have made it known that the research plan of the young woman has been moved, reiterating, however, that the activity has never stopped. As confirmed by the carabinieri, France would have been collaborative and diligent in following the case (also considering that the investigations against the uncle would never have stopped from the moment of the arrest of the 18-year-old's cousin, identified while trying to reach Spain by bus) . According to the military, who cannot exclude that theanother cousin of the young woman (Ikram Ijaz, in fact, is the only one, among the five suspects, to be detained in the Reggio Emilia prison), no weapons were found at the time of the arrest. The Court of Appeal is now dealing with the case: the return to Italy in the event of a European arrest warrant takes place between 5 and 10 days, if there are no problems.

The main accuser of Danish Hasnain is Saman's brother who declared "in my opinion he killed her by strangling her, also because when he came home he had nothing in his hand". In a chat to a person close to him, the uncle had also written: "We did a job well done." He and the two cousins ​​are also in a video that portrays them on April 29, near their house, with a shovel and crowbar: according to investigators they were going to dig the hole to bury the eighteen-year-old. The following afternoon, Hasnain himself, Saman's brother always said, allegedly attended a meeting at the Abbas home, where they talked about how to make the body disappear, tearing it to pieces. After the disappearance of the young woman, the police,supported by precision instruments and also assisted by canine units and groups of volunteers from other countries, they had relentlessly searched for his body in the greenhouses near his home, attached to the Le Valli farm (where his father had worked for some time). But nothing was found among the sunny fields of Novellara, Saman. Not even a trace.