Inge and Rainer, the owners of the 'casa milagro' on La Palma: "Although we cannot go, we are relieved that it is still standing"

This Tuesday, while browsing social networks, Ada Monnikendam was amazed when she saw one of the most iconic photos of the La Palma eruption. It's the image of a ... 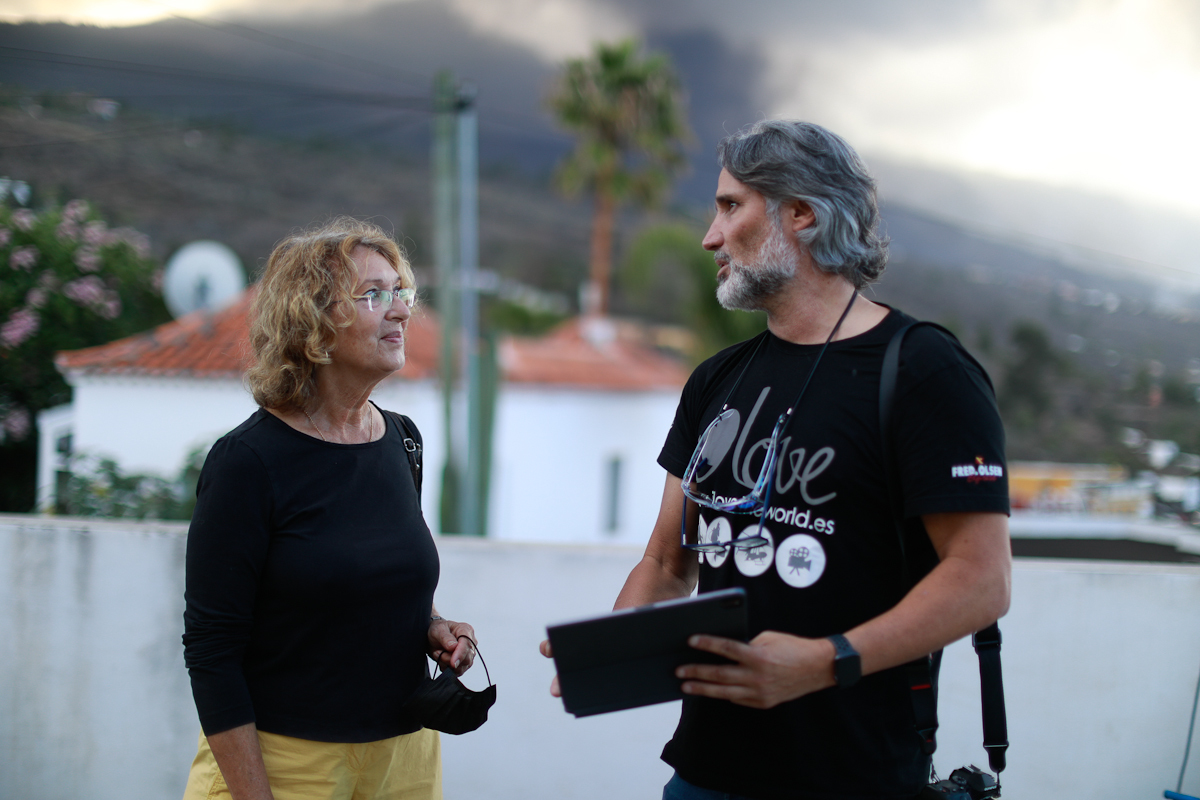 This Tuesday, while browsing social networks,

was amazed when she saw one of the most iconic photos of the La Palma eruption. It is the image of an idyllic single-family house that miraculously survived the lava river of the Cumbre Vieja volcano, on a tiny island surrounded by jet rock.

"I know that house! My husband and I built it!"

At that very moment, Ada called the owners of the villa. They are Inge and Rainer Cocq,

a couple of Danish retirees

who have not set foot on the island since the pandemic started, as they are in their eighties and feared contagion. "We all started crying like crazy when I told them that their beloved house was intact," he recalls. "They told me: '

Even though we can't go now, we're relieved that it's still standing

It has been three decades since Inge and Rainer came to La Palma in search of sun, nature and tranquility. Here they met Ada, a Dutch woman who settled on the island in 1976 and runs a company that builds single-family villas with her husband and brother-in-law. Together, they devised that

Canarian-style house in El Paraíso, just the district most affected to date by the river of lava from the volcano. More than half of the houses, including the local school, have already been eaten by ash.

"They came several times a year, until the virus arrived," says Ada.

. She was with her plants; he was entertaining himself building walls with stones. They have great friends in El Paraíso who have lost absolutely everything. They are devastated and frustrated for being so far away.

Ada Monnikendam, owner of a construction company, and Alfonso Escalero, coordinator of the production company I Love The World, talk about the house of the Cocq.ALBERTO DI LOLLI

The author of the photograph is

, coordinator of the I Love The World production company, which distributed it on social networks and immediately became

one of the icons of the tragedy

. This morning he met Ada Monnikendam before the cameras of

. "You can't imagine how happy Alfonso has made me with that image," says the Dutch woman. "Although it

Paradoxically, one of the attractions that brought Inge and Rainer to La Palma was its spectacular volcanic landscape, an obsession they both shared since they were young.

retirement in a house in Hawaii

, also surrounded by volcanoes, but they chose the Canary Islands to be closer to their native country: "They enjoyed it for 30 years and were very happy here ... But now it has been a an eruption which has embittered the last years of their life ".

Stories You live in a crater and you don't know it: the sleeping volcanoes of Spain

La PalmaCeniza, the other danger that flies over La Palma: "Air accidents have occurred because of him"