A waterspout floods homes and premises in Lepe, Isla Cristina and Ayamonte

Emergencies 112 Andalusia has dealt with more than 400 incidents due to the heavy rains registered in the Huelva municipalities of Isla Cristina, Ayamonte and Lepe, which have caused ... 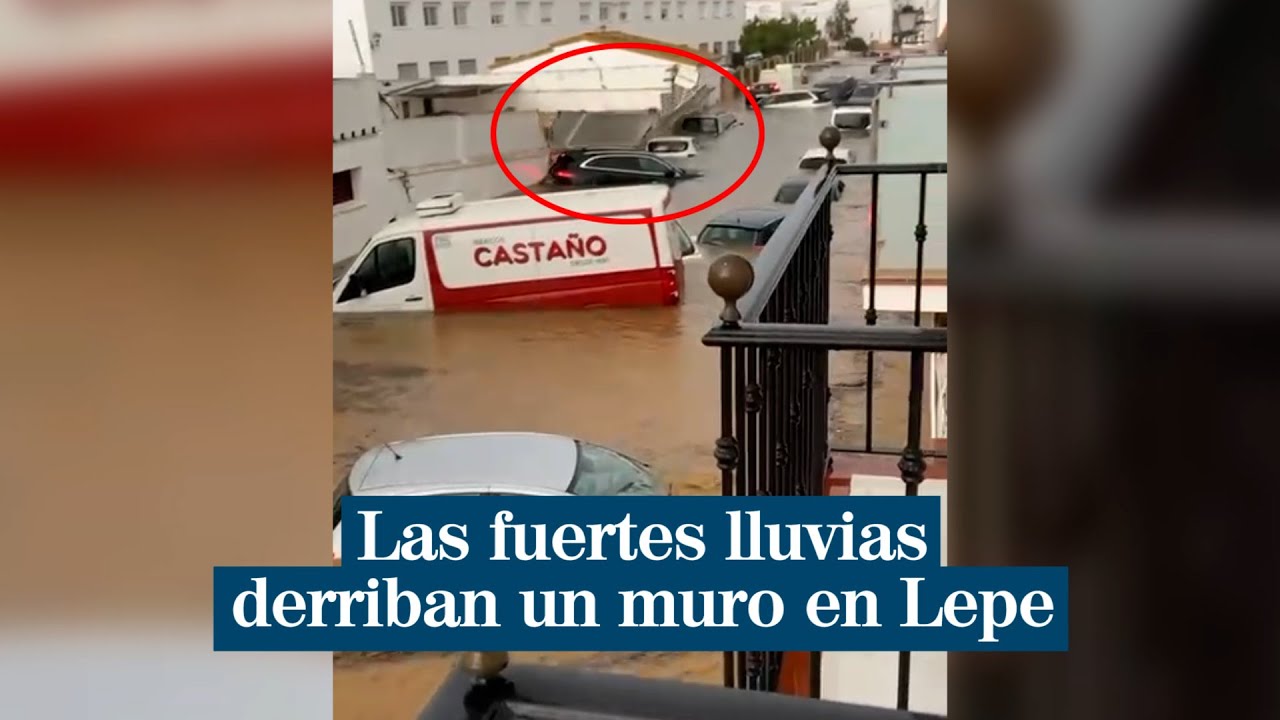 which have caused flooding of homes and businesses.

As reported by the emergency service, the main reasons for warning 112 have been due to

that have been surprised by the rise in water.

and complications due to the rain in a nursing home.

, two nurseries have requested help from the emergency services due to the flooding of their respective premises;

The water has also entered the La Antilla health center, in Lepe, and the Hospitality School and several hotels on the coast have also reported problems due to the entry of water into their facilities.

Likewise, there have been numerous calls for problems in the public road, with flooded streets and squares, and have even caused some vehicles to get stuck due to the accumulation of water on the roads.

Between 9:00 a.m. and 10:30 a.m., the 112 emergency room has attended to more than three hundred notices from residents of Isla Cristina,

and Lepe, who have been surprised by the waterspout, without for the moment having been recorded personal injury.

Given the heavy rains registered, the Municipal Emergency Plans (PEM) of Isla Cristina and Lepe have been activated.

for rains for the entire province in Huelva until 9:00 p.m. on Thursday.

According to Aemet estimates, rainfall of up to 40 liters per square meter is expected in one hour.

According to Aemet, in Ayamonte

, and the storm is heading towards Huelva capital, although with less intensity.

The president of the Junta de Andalucía, Juanma Moreno, announced this Thursday the activation of level 1 of the Emergency Plan due to the risk of flooding in various parts of the province of Huelva.

and the Minister of Social Rights and Agenda 2030,

for the execution of projects under European funds from the Mechanism for Recovery and Resilience.

In this way, the president has indicated that this Thursday heavy rains were expected in Huelva, but they are being

even more intense than expected,

so that they are affecting companies, homes and schools.

For this reason, the president has expressed his confidence and desire that this intense storm does not cause personal injury.

It is, as he has continued, a "sad" situation, since in September it goes "from fires to floods" which shows that it is necessary to fight "with determination" against climate change.

Thus, Moreno has indicated that all the teams have been deployed to the areas to try to help the affected neighbors as much as possible.

Education The course starts in Andalusia with 45,000 fewer students in compulsory education

Coronavirus New restrictions in Andalusia: the Board extends the hours of bars and clubs and asks for more capacity for football