Few of the Latin American directors or artists have been able to make the trip to San Sebastian to accompany their films. Tatiana Huezo will no doubt remember the very warm welcome… 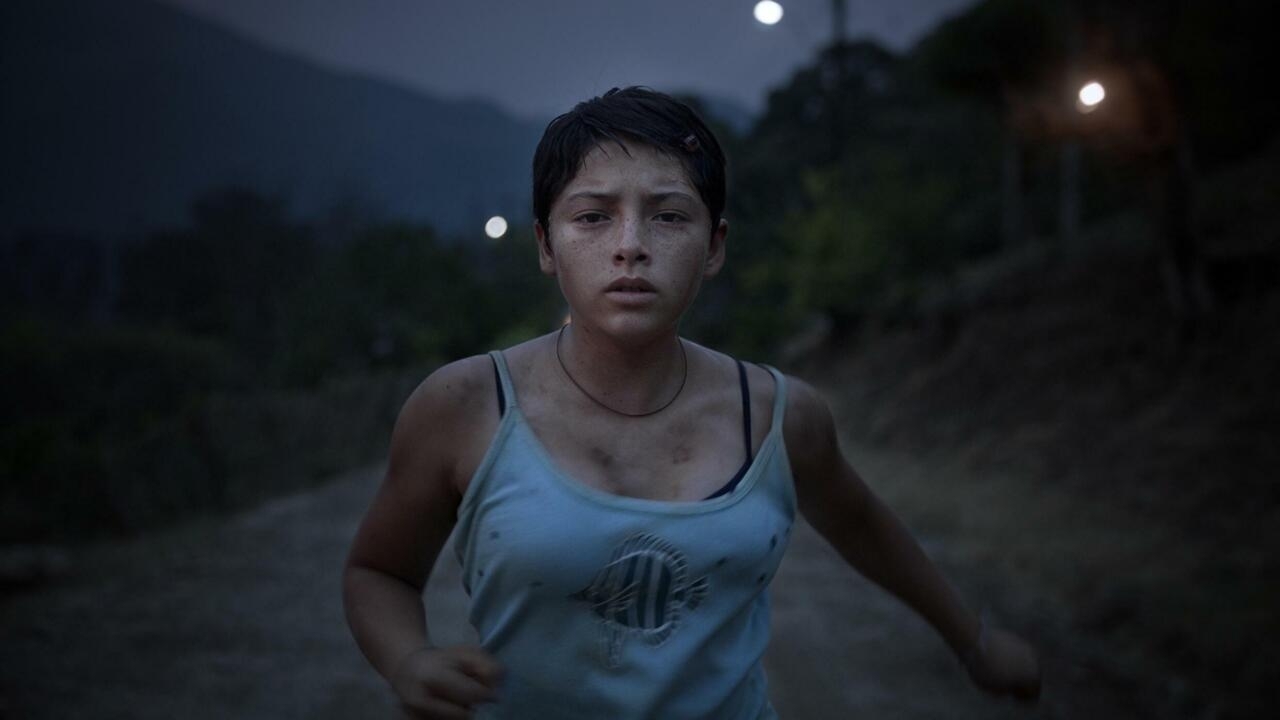 Noche de fuego is a Mexican-Salvadoran film by Tatiana Huenzo, presented in the Latino Horizontes section of this 69th edition of the San Sebastian International Film Festival.

Few of the Latin American directors or artists have been able to make the trip to San Sebastian to accompany their films.

Tatiana Huezo will no doubt remember the very warm welcome she received from the public during the plenary screening of her film.

As in Cannes, applause resounded throughout the credits of this film which tells, through the eyes of a little girl, the life of the inhabitants of Guerrero, trapped between drug addicts and the army.

The first images of the film immerse the viewer. A young woman and her little girl dig a pit with their bare hands ... The little girl settles there, she is at her waist ... We are in the north of Mexico, a mountainous region where you have to go looking high on the top of the network to enter into communication with the family - the men in this case - gone to seek if not fortune at least work in the United States. In this village of small peasants live mainly women, children and old people. One of the few visible men is the teacher, a job at risk, when one refuses to pay his tithe to the narcos who rule the region. On these hills, poppy fields in which women and children harvest the precious resin. Working for narcos is protection:we do not kill the workforce.

, this film is the first fictional feature film by Tatiana Huezo, born in El Salvador, but living in Mexico, and already director of recognized and award-winning documentaries.

Awarded in Cannes where he was selected in “Un certain regard” and adapted from the novel Ladydi by Jennifer Clement, American writer living in Mexico,

(2016) - selected for the Oscar and Goya- which tells the story of two women on the march: one gets out of prison after an unjust sentence and the other has been looking for ten years for his little girl who was kidnapped.

In this last film, the life of the village, we see it through the eyes of Ana, a little girl of about nine years who becomes over the course of the fiction a young teenager. Ana and her two inseparable girlfriends Maria and Paula. Little girls who live their childhood life with multiple games, without always understanding what is going on around them but who know one thing: there are times when they have to hide. "

», Asks, furiously, the mother -excellent Mayra Batalla- to the kid who sometimes rebels. The negation of their femininity goes through the hair, cut short - moving scene of collective scalp at the hairdresser / beauty salon, yet a place of exaltation of femininity - their unisex clothes, the consternation of the mother when Ana has her first period or the child's difficulty in describing her body. Girlfriend Maria's hair will also be cut as soon as she becomes desirable, after having been operated on for a minor disability. A remark that echoes another film seen in San Sebastian a few years ago,

by Julio Hernández Cordón, where the character of the little girl is still masked. A game, according to his father. A sinister game.

Violence off-screen, out of sight of children

Violence is present, but out of focus.

A missing family and their wandering animals, submachine gun fire near the school, soldiers passing by and not to be looked in the eye, a body in the thickets - which one cannot see because the mother blinds the eyes of the little one with her torch.

A bias of the director for whom the Mexican media are so saturated with terrible images that people no longer pay the attention they should.

It was created as a form of collective immunization, a refusal to see.

There, we do not see because the little one is protected by her mother.

Their relations are particularly successful between tenderness and tension. The moments of drama are followed by breaths like the scenes where the mother trains the little girl to listen to and identify the sounds of nature. The transmission of knowledge, but also self-defense. Nature is omnipresent and pacifying: in the games of little girls, in the green of the pastures, in the purifying rain. Tatiana Huezo says she searched for a long time for the suitable location for the shooting and in the end it gives a particularly rich soundtrack. She needed harmony - it is the documentary filmmaker who speaks - between the characters and the setting, hence the particular care taken in the choice of actors: some 800 little girls were auditioned throughout the country. The little ones had to be in tune with nature.

We must also salute the work of the editor, the Argentinian Miguel Schverdfinger, whom we have already met on films like

by Argentina Lucrecia Martel or

by Colombians Cristina Gallego and Ciro Guerra. A successful transition to fiction for Tatiana Huezo, more accustomed as a documentary maker to working lightly and with a very small team, but who is happy with this first experience: cinema is always a story to be told whatever it is. or the form, an emotion to share and Mexico with its sometimes painful topicality is not lacking. When the violence can no longer be hidden from the eyes of children, then it may be necessary to leave.