Momentum returns to the Renaissance Dam crisis.. Sisi confirms that it threatens the stability of the region

Egypt continued its efforts to restore momentum to the issue of the Grand Ethiopian Renaissance Dam, where Sisi stressed that the policy of imposing a fait accompli in this regard threatens the security and stability of the region, while the Minister of Irrigation said that unilateral measures complicate the situation. 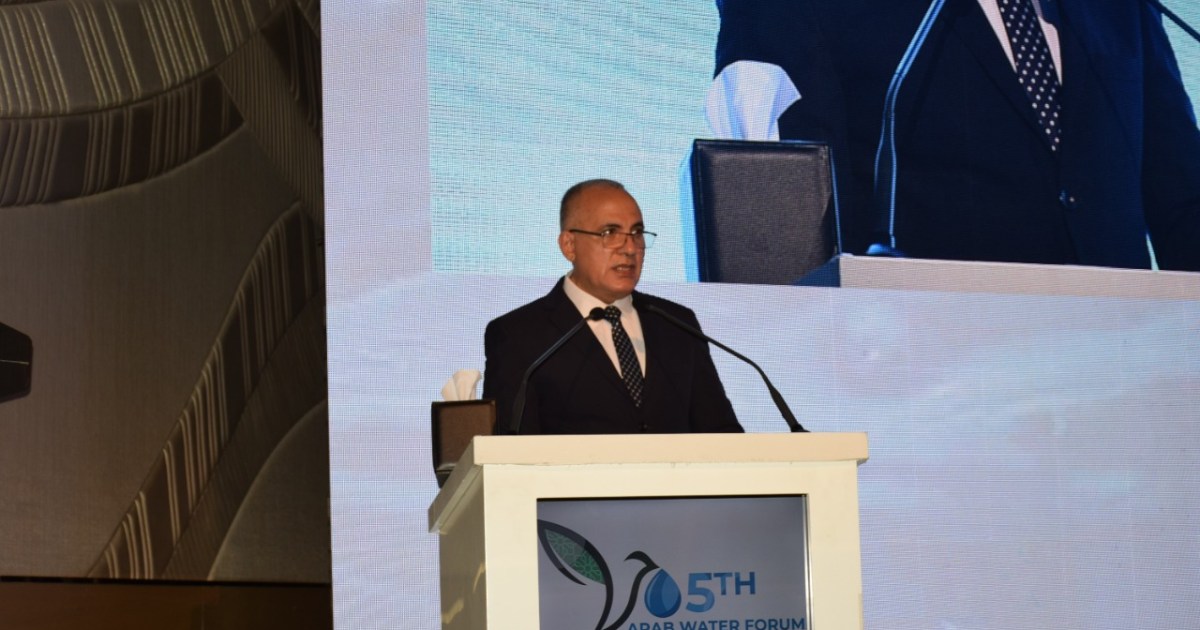 Two months after negotiations stopped, following Ethiopia's announcement that the second filling of the Renaissance Dam had ended, it seems that the presidential statement issued by the United Nations Security Council on the dam gave Egypt an impetus to continue its international activity, to support its position with Sudan in the face of what it calls "Ethiopian intransigence" in the matter. Reaching a final and binding agreement on the Renaissance Dam.

Yesterday, Tuesday, Egyptian President Abdel-Fattah El-Sisi and Minister of Irrigation and Water Resources, Mohamed Abdel-Aty, spoke about the issue of the Renaissance Dam and the importance of reaching a binding decision on the dam, before the United Nations General Assembly and the Fifth Arab Water Forum, in continuation of efforts to mobilize International positions supporting Egypt and Sudan in the Ethiopian dam crisis.

Last Wednesday, the UN Security Council adopted a presidential statement urging Egypt, Ethiopia and Sudan to resume negotiations to reach a binding agreement on the Renaissance Dam, and while Addis Ababa considered the statement non-binding, Cairo and Khartoum demanded serious political will for the success of African mediation.

Threat to security and stability

For his part, the Egyptian president said that the Nile River is the only lifeline for Egypt, and that the policy of imposing a fait accompli regarding the Renaissance Dam crisis has become a threat to the security and stability of the entire region.

During his speech to the United Nations General Assembly on Tuesday, Sisi explained that the fact that the Nile River constitutes the only artery of Egypt's existence throughout history explains the overwhelming concern of the Egyptian citizen about the Grand Ethiopian Renaissance Dam.

The Egyptian President stressed that "what the negotiations that have been going on for a decade between Egypt, Ethiopia and Sudan resulted from a known intransigence and an unjustified refusal to deal positively with the negotiating process in its successive stages, and the choice of the unilateral approach and the policy of imposing a fait accompli, has become heralds a widespread threat to security and stability." the entire region."

Al-Sisi pointed out that Egypt has resorted to the Security Council to assume its responsibilities in this file and to support and strengthen African mediation efforts, through an active role of observers from the United Nations and friendly countries, in order to prevent the matter from developing into a threat to international peace and security.

At the same time, Sisi stressed that his country is still committed to reaching - as soon as possible - a comprehensive, balanced and legally binding agreement on filling and operating the Grand Ethiopian Renaissance Dam in order to preserve the presence of 150 million Egyptian and Sudanese citizens and to avoid serious damage to the capabilities of the peoples of the two countries.

In another international forum, the Egyptian Minister of Irrigation, Mohamed Abdel-Aty, stressed that unilateral measures and wrong information would complicate the situation, noting at the same time that reaching a binding legal agreement on filling and operation could pave the way for economic integration and comprehensive development for all countries. In order to achieve the development goals of the three countries (Egypt, Sudan and Ethiopia).

In his speech at the Fifth Arab Water Forum, yesterday, Tuesday, Abdel-Aty said that Egypt has engaged - for a whole decade and with a strong political will - in serious negotiations in good faith, in the hope of reaching a binding legal agreement on filling and operating the Ethiopian dam, but the other party did not have Sufficient political will and sincere intention to reach such an agreement.

The minister explained that Egypt presented - during the negotiations - several scenarios of filling and operating that deal with all the hydrological conditions of the river, starting with the appointment of an international consultant, then the Ninth Mechanism, then the Washington path, down to the path of the African Union, in a way that guarantees Ethiopia to generate and produce nearly 85% of the electrical energy required, during the most dry periods.

Abdel-Aty stressed the need for cooperation in dam projects established on international rivers and their intertwining with climate changes, and the importance of dealing seriously with any unilateral measures that contribute to exacerbating the consequences of climate change at the level of common river basins, foremost of which is the establishment of dams on international rivers without taking into account the concerns downstream countries.

Egyptian Foreign Minister Sameh Shoukry also participated in the Egyptian international activity in the file of the Renaissance Dam crisis, and discussed the issue during his meeting, yesterday, Tuesday, with the High Representative for Foreign Affairs and Security Policy of the European Union, Josep Borrell, on the sidelines of their participation in the current session of the United Nations General Assembly in New York.

The spokesperson for the Ministry of Foreign Affairs, Ambassador Ahmed Hafez, stated that the Shoukry and Borrell meeting touched on all regional and international files that represent priorities for both Egypt and the European Union, especially with regard to the developments of the Palestinian cause and the Renaissance Dam file.

Shoukry was also keen, during the annual consultative ministerial meeting of the Council of the League of Arab States, held on the sidelines of the meetings of the United Nations General Assembly, last Monday, to praise Tunisia’s efforts and success in issuing a presidential statement to the Security Council on the Renaissance Dam, which would contribute to efforts to reach a peaceful, just solution that takes into account The interests of Egypt, Sudan and Ethiopia.

Egypt and Sudan have exchanged accusations with Ethiopia of being responsible for the failure of the negotiations on the dam sponsored by the African Union for months, within a negotiating process that began about 10 years ago, due to differences over the filling and operation of the dam.