Middle East Eye has questioned whether Facebook will comply with the recommendations issued by the social media giant's oversight board regarding digitally oppressing Palestinians and siding with Israel. 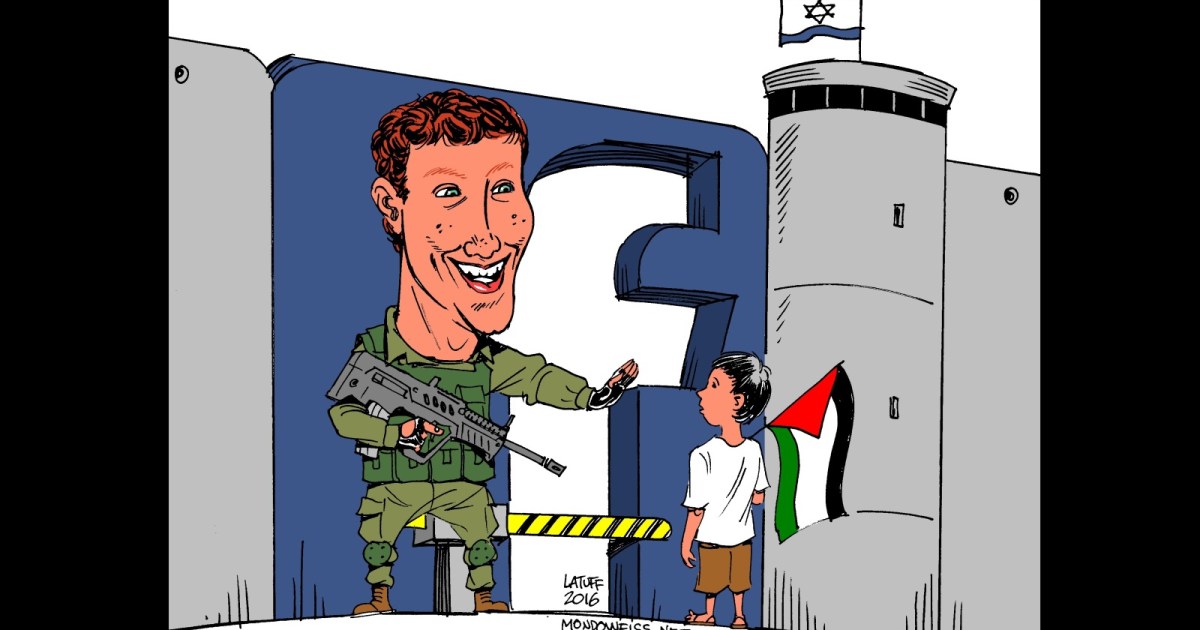 British news site Middle East Eye said that while Palestinian digital rights advocates welcomed the report of the Facebook oversight board, which called for an independent review of bias in the company's handling of Palestinian content;

However, this issue is far from being closed.

And the site confirms - in a report by the journalist specialized in Middle Eastern affairs, Dania Al-Akkad - that the issuance of this long-awaited content review report does not mean that things are over, but that Facebook will have a long way to go before it reaches a level of fair and transparent dealing with Palestinian publications on the practices of the Israeli occupation. .

It is also not yet clear - adds Middle East Eye - if the company will actually comply with the recommendations issued by the supervisory board in this regard.

The latest report, released last week, came after an outcry last May when the site, Instagram (also owned by it) and Twitter were accused of censoring Palestinians and their supporters after hundreds of posts in support of the Palestinian cause were removed without notice. Clear justification in most cases.

And it wasn't the first time that social media platforms, their managers, and their algorithms were accused of stifling freedom of expression for Palestinians.

The report emphasized that the content reviewer should "not be associated with either party to the Palestinian-Israeli conflict" and should examine both human and machine content in both Arabic and Hebrew.

One of the main concerns of blue-wing defenders of Palestinian expression is the extent to which Facebook has removed Palestinian content at the request of both the Israeli government - including the Justice Ministry's Internet unit - and an organized network of volunteers who constantly report pro-Palestinian content.

The company's report dealt with this point;

He recommended that the independent content reviewer have a duty to follow up on any requests of this kind, and that the site "be more transparent with regard to its handling of requests from government agencies."

The company announced that it welcomes the report of the Supervisory Board and that it will update its comments "after conducting a review of the recommendations made by the Board in addition to its decisions."

“I hope that there will be a positive change that will enable us to take back our digital rights, because until now we have had nothing to do about what is going on,” says Iyad Al-Rifai, director of Sada Social, an advocate for digital rights for Palestinians.

Al-Rifai confirmed that since 2017, his organization has been sending a monthly list to Facebook of the Palestinian accounts and pages that have been removed, most of which were deleted by mistake, but the level of Palestinian content decline has not stopped.

The organization - along with two Palestinian news agencies and a translator - sent a legal complaint to the company last May, but Facebook responded, saying, again, that the pages and content had been removed in error.

Al-Rifai indicated that only last August, his organization recorded 50 suspicious actions against Palestinian content by Facebook and other social media platforms, including closing the Facebook page of “Awda Channel”, a Palestinian channel linked to the Fatah movement, stressing that “ It's still happening."

The Palestinian activist asserts that with the release of the Facebook Board of Directors report, especially its call for an independent review of Palestinian-Israeli content, and in light of the growing interest in the issue, this may be the right moment when the blue giant may be forced to adopt a reform approach in this regard.