Macron and Biden finally explain the submarine crisis Paris (AFP) The time for "clarification" has come: Emmanuel Macron and Joe Biden explain themselves Wednesday on the open crisis between Paris and Washington by the end of the submarine contract with Australia, France claiming "commitments" Americans to restore confidence between the two allies. Six days after its outbreak, the most serious diplomatic crisis between the United States and France 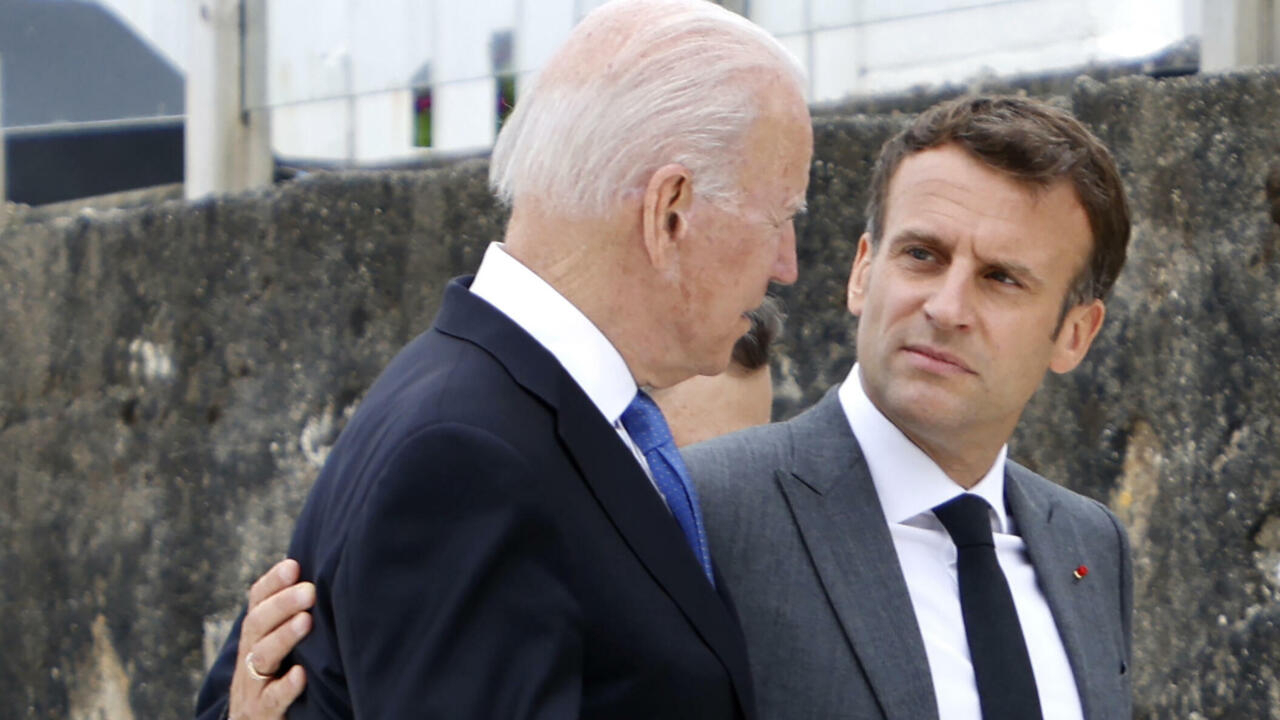 The time for "clarification" has come: Emmanuel Macron and Joe Biden explain themselves Wednesday on the open crisis between Paris and Washington by the end of the submarine contract with Australia, France claiming "commitments" Americans to restore confidence between the two allies.

Six days after its outbreak, the most serious diplomatic crisis between the United States and France since the French "no" to the Iraq war in 2003, has reached a new stage.

After the anger of France, expressed with harsh words by the head of diplomacy Jean-Yves Le Drian, room for the explanation to try to "come out on top" of the situation created by the announcement of the AUKUS pact between the United States, Australia and the United Kingdom, according to a diplomatic source.

Between the two heads of state, it will be "an exchange of clarification", explained the spokesman of the government Gabriel Attal, who had announced Sunday the holding of this interview, at the request of Joe Biden, during the week .

Emmanuel Macron is waiting to understand why the US administration has chosen "to keep a European ally away from structuring exchanges on cooperation in the Indo-Pacific," said the Elysee.

"We expect our allies to recognize that the exchanges and consultations which should have been conducted were not and that this poses a question of confidence, from which it is now up to us to draw all the consequences together," added the French Presidency.

Following this interview, Emmanuel Macron could speak publicly, after having remained silent for six days, a silence denounced by the opposition.

This diplomatic crisis has indeed a strong political dimension since it occurs seven months before the April presidential election, during which the president should certainly seek a second term.

From the interview with Joe Biden, Emmanuel Macron also expects a "commitment" from his counterpart on "a solid process defined in time and of a high level which allows to create the conditions for a restoration of confidence in actions and by concrete measures and not just by words ", according to the Elysee.

This demand comes in the wake of the American president's promise, before the UN General Assembly, to once again become a reliable partner with his allies battered during the Trump era.

"Over the past eight months, I have given priority to rebuilding our alliances," he pleaded in New York.

Paris further asks that Washington recognize "the strategic importance of French and European engagement in the Indo-Pacific", but also "the need to strengthen European sovereignty as well as the importance of the growing engagement of Europeans for their defense. and their safety ".

After a few days of silence, European officials and the 27 EU countries on Tuesday extended their support to France.

The President of the European Commission Ursula von der Leyen thus deemed "unacceptable" the way in which Paris was "treated".

But the most Atlanticist capitals, such as Copenhagen, one of the United States' closest allies in Europe, have publicly expressed reservations: Danish Prime Minister Mette Frederiksen has said she does not understand "at all" the criticisms leveled against Washington and has defended "the very loyal" Joe Biden.

Visiting Washington, British Prime Minister Boris Johnson for his part called on Paris to pull itself together.

"Give me a break" (let me take a breath), he said in English, assuring that the AUKUS partnership was "not exclusive" and did not try "to exclude anyone" .

In France, several candidates for the Elysee Palace, from Jean-Luc Mélenchon (LFI) to Marine Le Pen (RN) via Eric Ciotti (LR), call for a review of links with NATO, some wanting to put on the table the question of France's participation in the integrated command "of the transatlantic organization.

France had made its return there, in 2009 under Nicolas Sarkozy, 43 years after having left it, under the leadership of General de Gaulle.

"Political dialogue is non-existent within NATO", but "we must not slam the door" of the alliance for all that, Armed Minister Florence Parly replied on Wednesday to the senators.