In the News: Biden and Haitian government under pressure in the case of migrants turned back at the border

In the News: Biden and Haitian government under pressure in the case of migrants turned back at the border A Haitian migrant rests before attempting to cross the US border from Mexico on September 21, 2021 in Mexico City. © AP / Fernando Llano Text by: Stefanie Schüler Follow 3 min Advertising Read more "  Joe Biden in the face of growing Democrats' anger over his migration policy  ," headli 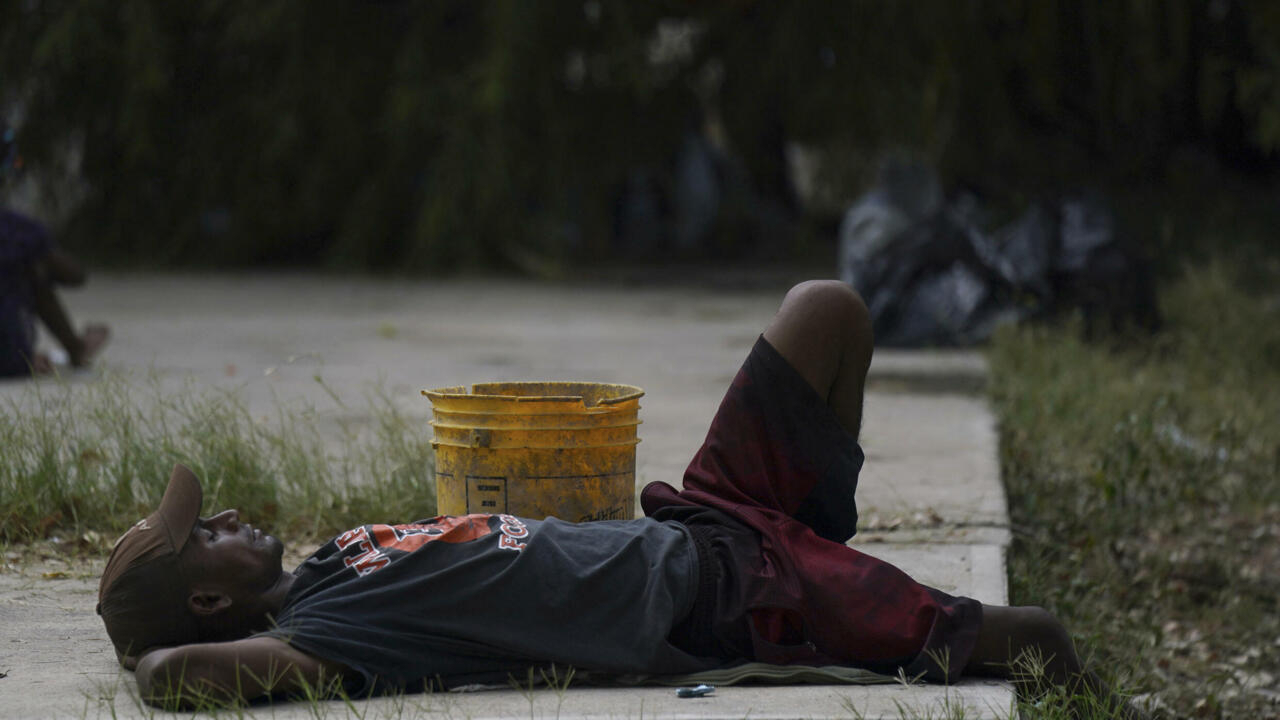 In the News: Biden and Haitian government under pressure in the case of migrants turned back at the border

A Haitian migrant rests before attempting to cross the US border from Mexico on September 21, 2021 in Mexico City.

I urge President Biden to immediately end these expulsions,

We cannot continue these hateful and xenophobic Trump policies that ignore our refugee laws.

". And the fact of finding himself caught in crossfire does not help: “

on the one hand Joe Biden is facing attacks from Republicans who qualify his migration policies as weak and ineffective. And on the other hand, more and more immigrant rights activists are coming to the conclusion that the president is breaking his campaign promises: to stand up for vulnerable foreigners seeking a better life in the United States. The fury of this left marks a turning point for the tenant of the White House and his search for a solution in this thorny issue of immigration.

flies to the aid of the president: “

It is easy for the detractors of Joe Biden - whether they are on the right or on the left - to denounce him. It is not they who must balance the management of the current crisis, between compassionate treatment for these migrants who come for help and the need to control the border and to enforce the laws.

As a result, the Texas newspaper believes Joe Biden "

." Not necessarily in Haiti, but “

in Brazil and Chile, for example, where these Haitians had settled. The American administration should seek regional solutions

A lenient admission policy at our border will encourage more migrants to make the dangerous journey north with their families."

used in gang wars and for the kidnapping in Haiti. This equipment amplifies the insecurity which - along with the precariousness - drives Haitians to other countries. And these same Haitians are today deported en masse by the administration of Joe Biden

If the United States wants to reduce immigration, one way to proceed is to make a contribution to the reduction of violence outside its country,

And the best way to do that

is to stop sending weapons that increase the level of lethality of conflict.

For the Haitian newspaper

How else to explain that “

the Texas border, thousands of our compatriots are left to fend for themselves.

Few consular officers to help them.

No lawyer delegated by the Haitian state.

Not a strong statement from Prime Minister Ariel Henry.

”notes the columnist bitterly, who continues:

The Haitian state accepts everything, closes its eyes and opens its mouth to swallow the shame.

Our irresponsible people swallow up their disabilities, their shortcomings and our bad policies… with good grace.

to launch this appeal:"

Prime Minister Ariel Henry and his government, his new allies signatories of the Prime Minister's agreement, the promoters of other potential agreements, civil society, everyone must speak out and activate their relays , his networks so that the sacrifice and the shame of the Haitians in Texas are used for something.