Armored vehicles are the decisive weapon of coups.. Who is the leader of Sudan's failed coup and who participated in the suicide?

According to a senior officer in the Sudanese army, Major General Abdel-Baqi Bakrawi, leader of the coup attempt, which the government announced thwarted on Tuesday, Bakrawi, who comes from northern Sudan, is an ambitious, courageous and charismatic person. 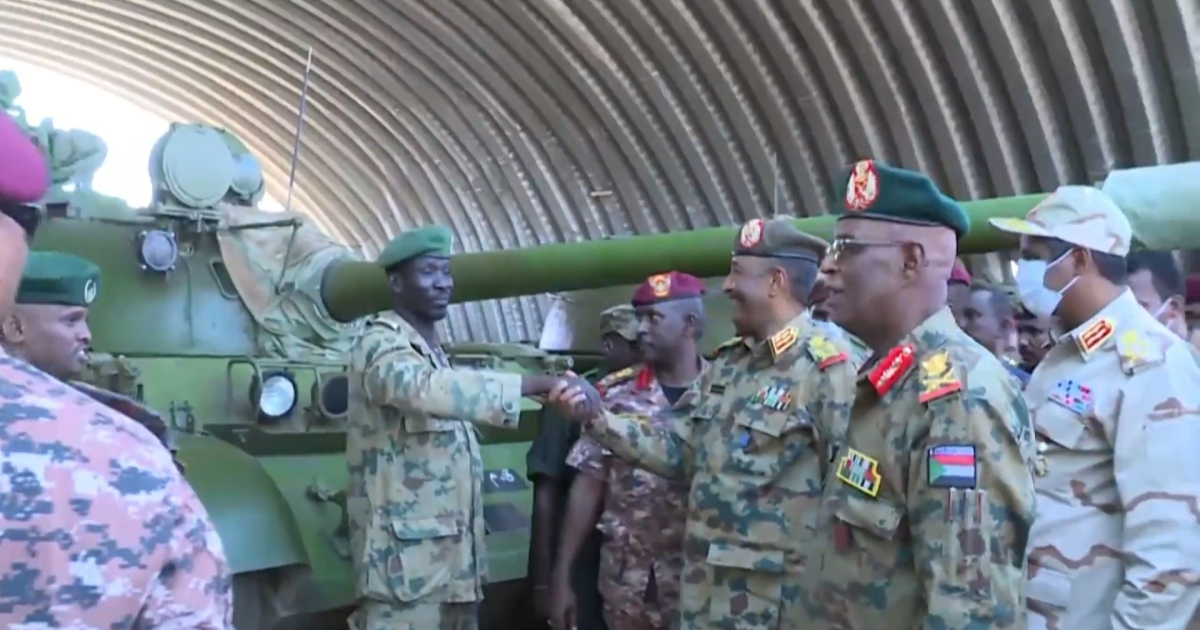 On a helicopter, the army evacuated the leaders of what it considered a coup attempt by the armored corps in the Shagara suburb, south of Khartoum, to enter it aboard the cars of the Vice-President of the Sovereign Council, Lieutenant-General Abdel Fattah Al-Burhan and his deputy, "Hemedti", for whom this military area was forbidden.

According to a senior army officer, Zamel Major General Abdel-Baqi Bakrawi, leader of the coup attempt, which the government announced thwarted at dawn yesterday, Tuesday, Bakrawi, who comes from northern Sudan, is an ambitious, courageous and charismatic person.

says the officer who accompanied Bakraoui for a long time that when he heard of his involvement in the coup attempt, he did not rule out that due to his ambition, in addition to his emotional and confrontational personality.

He adds that, throughout his service, the man joined armored vehicles, the decisive weapon in Sudan's coups, except for the periods when he moved to the theaters of operations in southern Sudan.

After the sit-in was dispersed, Al-Burhan held a meeting with senior officers in the armored vehicles, and the commander of the arms, "Major General Nasr Al-Din," expressed opinions that were not accepted by the Military Council, so that he would be referred to retirement.

Subsequently, the commander of the second armored vehicle, "Bakrawi", broadcast an audio recording criticizing the Rapid Support Forces and its commander Hemedti, so that Bakrawi was placed in severe detention, while his rank at the time "brigadier" required that he be brought to trial or referred to retirement.

The high-ranking officer, who preferred to remain anonymous, says, "Later on, a trial was held for Bakraoui, but it did not try him clearly. Then he deserved a promotion and was promoted, although according to the regulations it was necessary to decide in his court before the promotion."

He continued, "It seems that the decision-maker was not keen on referring him to retirement, but rather was keen on promoting him to the rank of major general."

What was the leader of the coup attempt in Egypt doing?

The officer points out that the man was then attached to the Officers' Affairs Department and remained without assignments. According to his rank, he was supposed to be a weapon commander or an administrative director at the General Command.

Although the second commander of the Armored Corps, Brigadier General Ayoub Abdel Qader, is also currently in Egypt on a hospitalization trip, the high-ranking officer rules out his participation in the coup attempt due to the divergence of convictions between him and Bakraoui.

He confirms that Bakrawi is not one of the Islamist cadres in the army, but what boosted his chances of continuing in the army is his great capabilities and ability to confront and make decisions, as well as the charisma of leadership that he gained from practicing guidance at the Higher Military Academy, the highest educational institute for the army.

Major General Abdel-Baqi Bakraoui joined the army through the Military Academy, batch 39, one year before the coup of ousted President Omar al-Bashir in June 1989.

Bakrawi is rooted in Romi Al-Bakry in the Northern State, but he grew up and studied his studies in Kosti, White Nile State.

Who are the rest of the participants in the failed military coup?

Al-Burhan's media advisor, Brigadier-General Taher Abu Haja, had announced the arrest of 21 officers and a number of soldiers, while subsequent information indicated an increase in the number of officers participating in it.

The following are the names of the officers arrested in connection with the coup attempt and who were investigated by the army leadership to see if there were civilians involved in the coup, especially after the coup cell destroyed communications chips designated for the coup officers before their arrest.

It is noteworthy that the four deans are from the 41st batch of the Military College, whose graduation was supervised by the ousted al-Bashir, including the second commander of the Parachute Corps, Brigadier General Ibrahim Mansouri, and another paratrooper, Brigadier General Maher Hassan.

What is the story of the Armored Corps with coups?

According to the information, four weapons participated in the coup attempt: armored vehicles, parachutes, the air force and the administration's corps.

The Armored Corps has always represented the decisive factor in all the coups that took place in Sudan, followed by the importance of the Parachute Corps.

Major General "M" Corner "M" Abdul Rahman Arbab Mersal explains to Al Jazeera Net that it is customary for coups to rely on weapons and units located inside the capital, Khartoum, because they are strong and well-armed, and they always have one vision for their presence in one place.

It is noteworthy that the reliance on armored vehicles in military coups stems from the intense fire of armored vehicles and their fearsome shape, as well as their use in closing roads and bridges.

Mersal says that the parachute force also has tasks in coups that are no less important than armored vehicles due to the strength of its anchors and the high training of its members.

Was the atmosphere ripe for a military coup?

He considered the recent coup attempt a "suicide operation" that might have been behind a party plot or an external party that rode the army's horse, and it is not excluded that Islamists were behind the latest military move.

He expected that the coup group would not be prosecuted like the group that was accused of a coup after the sit-in was dispersed under the leadership of Chief of Staff Lieutenant-General Hashim Abdel Muttalib.

Since its independence in early 1956, Sudan has witnessed three successful coups carried out by Lieutenant-General Ibrahim Abboud in 1958, Colonel Jaafar Nimeiri in 1969 and Brigadier General Omar al-Bashir in 1989, in contrast to a large number of failed coups thwarted during the eras of military and democratic rule.