Accusations of bias and racism .. Hollywood ignites after the announcement of the Emmy Awards

As the TV Emmy Awards came to a close, critics spoke of an important observation that dominated the world's most prominent drama: the white supremacy of this international competition. 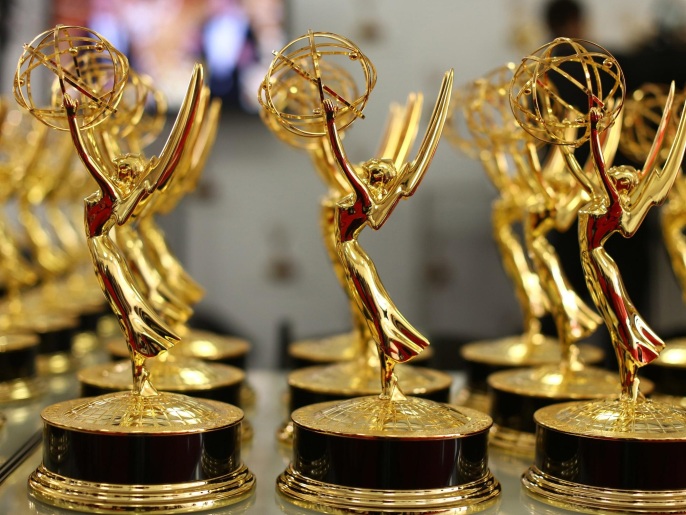 With the end of the Emmy Television Awards ceremony, critics spoke of an important note that dominated the most prominent dramatic event in the world, which is the dominance of the white element in the awards of this international competition, where actors of different ethnicities came out empty-handed, as did not happen the past few years, which is what He invited them to question.

The International Academy of Television Arts and Sciences announced the nominations last July for the 73rd Primetime Emmy Awards, behind the Microsoft Theater in Los Angeles, in which the series "The Crown" and "The Mandalorian" excelled. The Mandalorian, with 24 nominations each, WandaVision with 23 nominations, and The Handmaid's Tale with 21 nominations.

And what happened last Sunday night, the comedy series “Ted Lasso” and the drama “The Crown”, which revolves around the British royal family, dominated the Emmy Awards, where Ted Lasso won the award for best comedy series, and the award went to Best Comedy Actor Jason Sudeikis.

Britons Hannah Waddingham and Brett Goldstein also won Best Supporting Actress and Supporting Actor in a Comedy Work, and Best Actor and Actress in a Dramatic Work went to Josh O'Connor and Olivia Colman from "The Crown".

Gillian Anderson won an Emmy for Best Supporting Actress in a Drama for her role as the late British Prime Minister Margaret Thatcher.

Tobias Menzies also won the Best Supporting Actor Award in a Drama for his role as Prince Philip, the late husband of Queen Elizabeth in the series "The Crown."

But the Emmy Awards have been unable to benefit from historical and diverse nomination models, with all major acting awards going to white actors.

But in the end, they all ended up empty-handed with no prizes.

And Michaela Coyle received great praise, as she was nominated for 4 Emmy Awards in the book category for the series "I May Destroy You", the third time that a creative writer in this category has won, and the first as a brunette.

Writer Clayton Davis stated that while a record 49 non-white creators were recognized in the competition, few expected Jason Sudeikis for "Ted Lasso", Jan Smart for "Hacks" and Gillian Anderson for "The Crown" without awards.

Critics were expecting at least two black actors to win, in either Hamilton or Bridgerton.

"Something strange is going on," said critic Karen, referring to Michael K.

Williams, for "Country of Love", who lost the supporting role to Tobias Menzies in "The Crown."

Peterson considered Porter and Rodriguez to be among the big favorites to win Actor Awards for "Pose", but they lost to Josh O'Connor and Olivia Colman in "The Crown." In addition, Porter was the second black actor to win one category twice after Bill Cosby in "I Spy" And it's all at a clear loss for the cast of candidates of color.

What happened this year was considered strange by critics. Over the past two years, the Television Academy has increased the number of nominations and wins for actors of color, yet other ethnicities continue to fall short, especially Asians and Latinos.

And writer Tracy Brown considered, in the Los Angeles Times, that this year's Emmy version is very poor in its awards, which were only won by whites, and they were absent from brown or colored people, despite the presence of a historical number of nominations.

Ellen Dorney, on the BuzzFeed News platform, considered that the Emmy Awards nominations showed a significant improvement in the recognition of talent contributions and the strong performance of black artists according to the nominations, but that crashed Sunday night when the black and other nominees failed to win most of the award categories, including all acting categories. The 12th, unlike last year when black actors won 4 out of 12 major categories, which he says this year's awards showed racial bias.

The Emmy also failed to reward any black female director in any of the competition's artistic fields, and the last black female director-drama winner was Paris Barclay for "NYPD Blue" in 1999, winning twice in a row, joined by Eric Lenoville. I'll Fly Away (1992) and two-time winner Thomas Carter's "Equal Justice" in 1990 and 1991, which he says this year's Emmys broke the award's diversity ceiling.