Tour of Europe of the stadiums: Juve in search of a first, the English cadors back in the Coupe de la Ligue - France 24

Tour of Europe of the stadiums: Juve in search of a first, the English cadors back in the Coupe de la Ligue 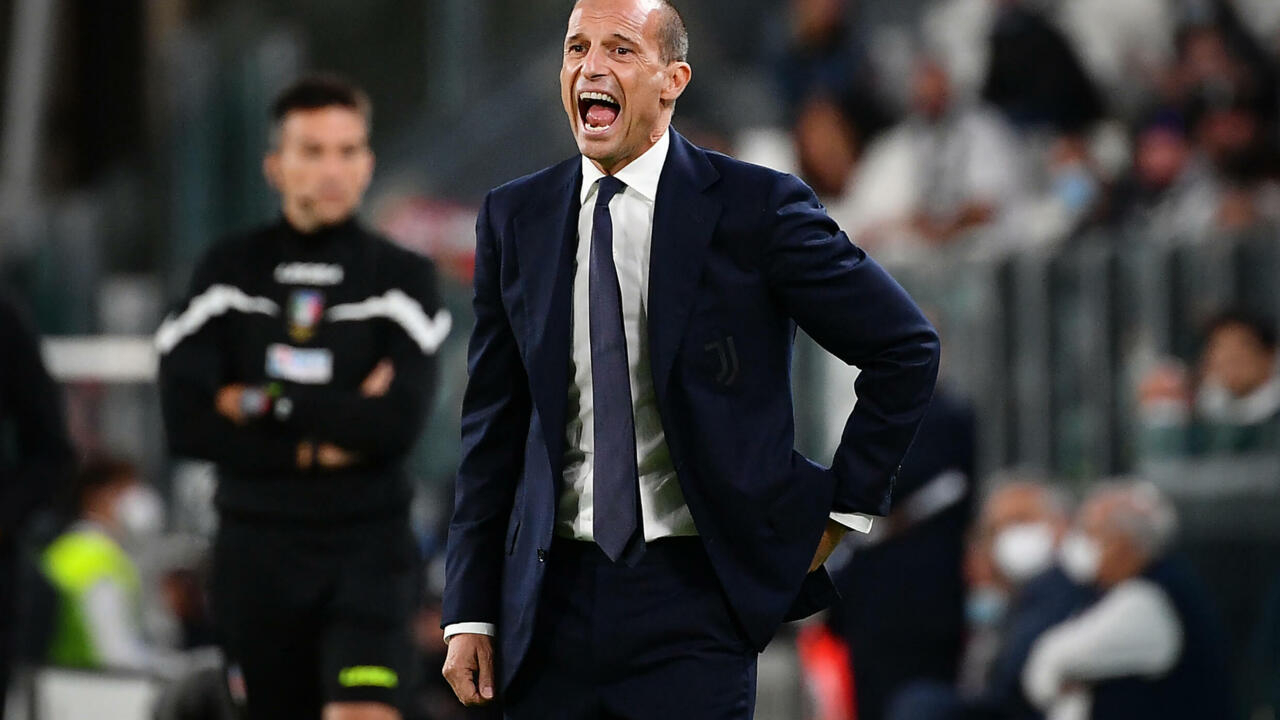 Currently relegated to Serie A, Juventus are looking for a first victory this season against Thiago Motta's Spezia, as England give way to the 16th round of the League Cup with the entry into contention of the clubs Europeans.

- Italy: Juventus in the red -

Thiago Motta and his Spezia (13th) probably did not expect to receive on the 5th day a Juventus which is both less well classified than them and especially relegable (18th), with only two points (two draws, two losses).

Nobody in Italy imagines that the situation will last very long but this unexpected classification is still messy for Massimiliano Allegri, called back this summer on the bench after the Pirlo experience to bring the Bianconeri back to the top.

"Max", particularly "annoyed" Sunday night by the victory abandoned at a quarter of an hour from Sunday against Milan (1-1), finally waits for his Juve, too fragile in defense, to win his first Serie A success.

Inter Milan, reigning champion who is already eight lengths ahead of Juve after his offensive show of force against Bologna (6-1), for his part begins Tuesday on the lawn of Fiorentina a strong month, after the getting started against more affordable opponents.

After the Viola, one of the nice surprises at the start of the season under the leadership of Vincenzo Italiano (5th), the Nerazzurri will indeed meet Atalanta, Sassuolo, Lazio and Juventus.

A month on a steep slope that they will try to launch well.

The English clubs qualified in the European Cup enter the race for the 16th finals of the Coupe de la Ligue.

Title-holder Manchester City, who stalled in the Premier League in front of Southampton this weekend (0-0), will receive Wycombe, an English D3 club on Tuesday.

Pep Guardiola is expected to field young players as the shocks loom against Chelsea on Saturday in the league and PSG in the Champions League the following Tuesday.

For its part, Liverpool will move on the lawn of Norwich, current Premier League red lantern with five defeats in as many games.

After their narrow victory on Sunday (2-1), Manchester United find West Ham, but this time at Old Trafford for one of the duels between Premier League clubs in this third round while Chelsea will receive Aston Villa, which he had heavily beaten (3-0) in PL two days ago.

- Spain: Madrid derby on the program, Real wants to continue -

In Spain, the poster for this 6th intercalated day is a Madrid derby: Atlético Madrid, reigning Spanish champion and current second in the standings after their 0-0 draw against Bilbao on Saturday, travels to their neighbor Getafe in opening, Tuesday at 7:30 p.m.

A new chance for rookie-star Antoine Griezmann, who is still struggling to launch his season.

The other Spanish greats will have matches well within their reach: Real Madrid, leaders after their 2-1 win over Valencia on Sunday, receive the promoted Mallorca for their second game at the Santiago-Bernabeu on Wednesday at 22:00, while FC Barcelona will travel to Cadiz at the close, Thursday at 10 p.m., and hope to witness the great returns of Ousmane Dembélé and Ansu Fati.

Note also the shock of the candidates for European places between Sevilla FC and Valence CF, Wednesday at 19:30.