On Tuesday, the new stretch of road that leads to traffic outside Masugnsbyn on road 395 was inaugurated. The death curve has been removed and even now villagers have noticed that it has become calmer. 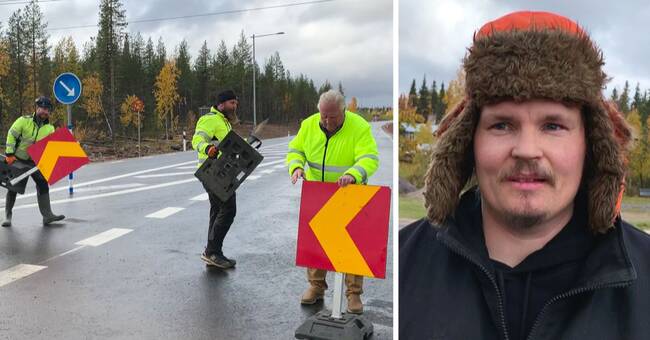 The road section between Pajala and Svappavaara is being built to create a safer and less disruptive road for ore transports and after the project has been dormant since Northland resources went bankrupt in 2014, the section past Masugnsbyn is now complete.

The curve at Masugnsbyn has been called the "Curve of Death" since six young men from Switzerland died in a traffic accident.

During the construction of the entire section, safety has also been in focus.

- In connection with the construction, the curve has been removed, and also other curves and slopes, says Eleonora Knekta who is project manager at the Swedish Transport Administration.

Noise and dust as much

For residents in Masugnsbyn, the new road layout means less heavy traffic that passes - which is appreciated by villagers.

- It is felt in the noise and it does not dust as much.

It will also be felt at night that you sleep better, says Toumas Stenbacka who lives in Masugnsbyn.