Éric Zemmour continues to occupy the media space in France. The far-right polemicist, not officially a candidate but truly campaigning, is rising in the polls. A direct threat to ... 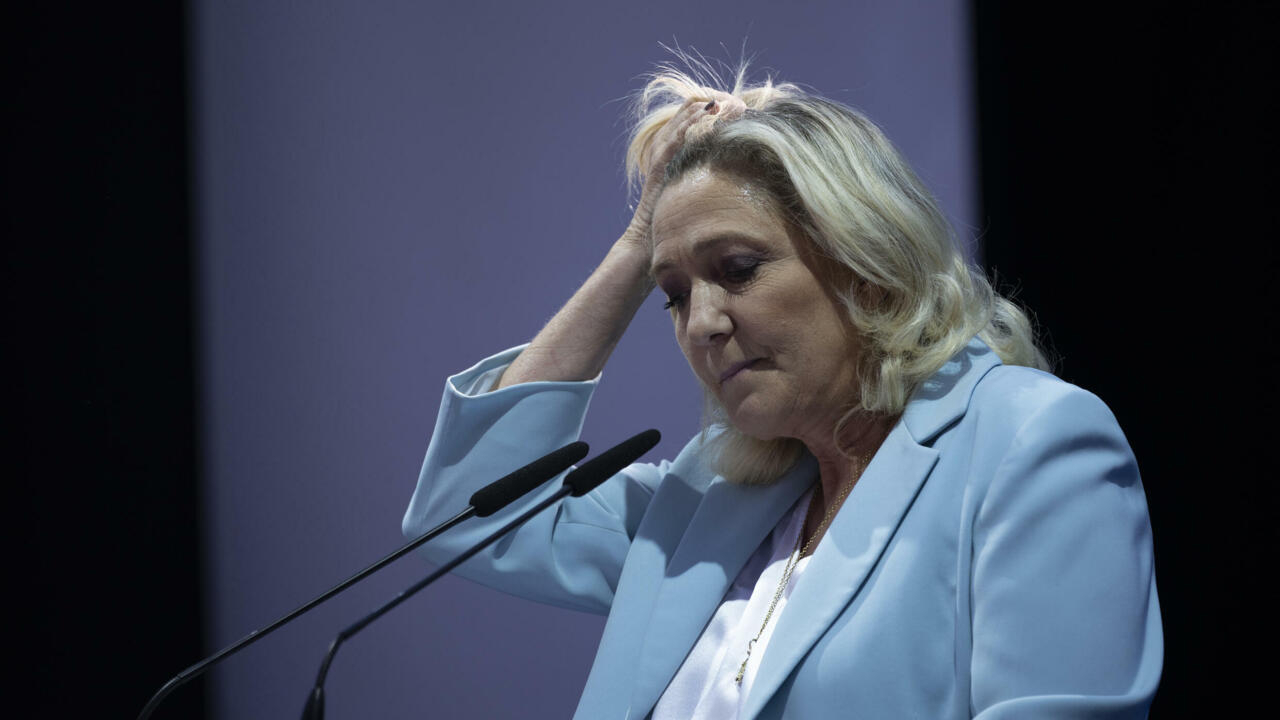 The president of the naitonal rally (RN), Marine Le Pen, during her meeting to launch her campaign for the French presidential election of 2022, in Fréjus, on September 12, 2021. AP - Daniel Cole

Éric Zemmour continues to occupy the media space in France.

The far-right polemicist, not officially a candidate but truly campaigning, is rising in the polls.

The candidate of the National Rally (RN), however, remains discreet.

She goes on trips without the national media.

But she will quickly come back into the light and launch the response.

Some photos on Twitter, local media ... Since entering the campaign ten days ago, Marine Le Pen has been fleeing the cameras and microphones of the national press.

It was expected, but faced with the rise of Eric Zemmour, the entourage of the candidate RN will change gear, and quickly.

Nothing is set in stone,

” confirms a member of his team.

The images of Eric Zemmour ovationed in Toulon and Nice last weekend, his progress in the polls, worry the RN staff.

To listen: The offbeat back to school of Marine Le Pen

A "bubble" that "will eventually deflate"?

Threatened to be overwhelmed on her right, competing on her favorite terrain, Marine Le Pen will "

make her voice heard on immigration

While the candidate wanted to campaign outside of her usual themes, to bring together as much as possible, she is forced to defend her pre-square.

A commotion in the fight but without panic, assures a Marine Le Pen adviser, convinced that the “

To read also: Presidential in France: the RN faces the possible candidacy of Eric Zemmour