After the police murder in Biskopsgården last summer, she got enough and today the police handed Hannah Bergelin over a "list of demands" with just over three thousand signatures to Interior Minister Mikael Damberg. - We had a discussion about tougher penalties and how we approach the problem in these vulnerable areas, it was very constructive, says Damberg after the meeting. 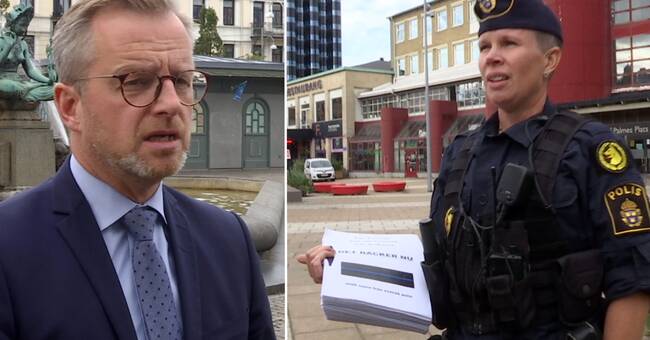 Hear more about the thoughts on the list and the work ahead from Interior Minister Mikael Damberg in the clip above.

It was after the murder of police officer Andreas Danman in June that colleague Hannah Bergelin felt she had to do something.

She formulated a list of about twenty points on proposals for change that are necessary for the police to have an acceptable working environment.

Something that SVT reported on earlier.

Today, Hannah handed over the list, with 3098 signatures from police throughout the country, at a meeting with Interior Minister Mikael Damberg.

And afterwards she was pleased with the reception of the Minister of the Interior.

- It was a good meeting, it feels like we have about the same view on the matter - we must stop the spiral of violence in Sweden, says Hannah Bergelin.