The submarine crisis.. The Elysee talks about the backgrounds of "stab" and America is trying to contain French anger

Washington sought to allay France's anger over the submarine crisis, describing it as its "oldest partner." The European Union condemned the treatment of Paris, and the Elysee stated that it had doubts in this regard since last June. 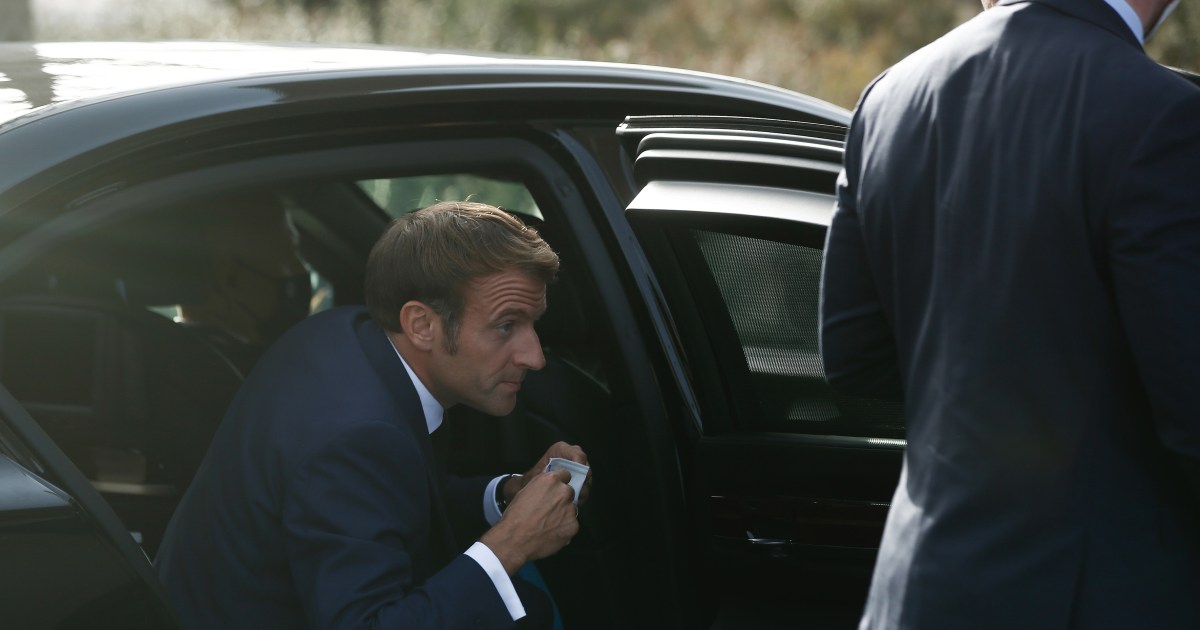 The United States sought to calm France's anger over the submarine crisis, describing it as its "oldest partner." The European Union condemned the treatment of Paris, and the Elysee Palace explained that it had doubts about this since last June.

The Washington Post quoted US officials as saying that President Joe Biden is striving to have a phone call with his French counterpart Emmanuel Macron.

This comes amid the escalating anger of Paris after Australia withdrew from an agreement to purchase conventional French submarines, in favor of an alternative deal under which it would build at least 8 nuclear submarines with technical assistance from the United States and Britain, as part of a new security partnership between the three countries to confront China, dubbed “Ocos.” (Aukus).

American officials, according to the newspaper, attributed the dispute with Paris to internal French accounts, as Macron seeks to win a second presidential term.

The newspaper reported that Biden aims to end the quarrels between the two countries after Canberra terminated the deal it concluded with Paris in 2016 worth 40 billion dollars.

Today, Monday, the US State Department said that France "is our oldest ally and partner, and we will talk with the French about the need for partnership and cooperation."

On the other hand, European Commission President Ursula von der Leyen said before the meeting of European Union foreign ministers today to discuss the submarine crisis;

France's treatment of the submarine deal with Australia is "unacceptable" and the Commission wants to know why.

European ministers will discuss developments in the submarine deal at a meeting on the sidelines of the United Nations General Assembly in New York at 2200 GMT, a European Commission spokesperson said, amid concern about the potential repercussions for free trade talks between the European Union and Australia, which will hold its round. Coming on October 12th.

"I think this will not lead to a halt in negotiations and talks with Australia, but it will be more complicated," Bernd Lang, head of the European Parliament's Trade Committee, said in a press briefing.

British Prime Minister Boris Johnson said that the "Ocos" agreement is not directed against anyone, but rather a way to share technologies.

Johnson stressed - in his statements today - that his country's relationship with France is "important and historic."

Last Saturday, French Foreign Minister Jean-Yves Le Drian said that his country is re-evaluating its position towards its allies, and accused Australia and the United States of lying, and also accused Britain of permanent opportunism, as he put it.

With tensions escalating, France decided on Sunday to cancel a meeting of French Defense Minister Florence Parly with her British counterpart Ben Wallace, which had been scheduled for this week within the framework of the Franco-British Joint Council, a body established half a century ago to strengthen relations between the two countries.

Regarding the background to the deal between Australia, the United States and Britain, which Paris described as a "stab in the back", the Elysee Palace said today that France began to have doubts about it last June.

The French presidential palace added that President Emmanuel Macron met with Australian Prime Minister Scott Morrison in Paris in mid-June, but there were no indications of canceling any agreements at the time.

Yesterday, Morrison said he understood Paris's disappointment over Australia's retreat from completing the purchase of French submarines, but stressed that his country must protect its interests.

The Australian Prime Minister headed today to Washington to meet the leaders of the Quartet Security Dialogue Group, which includes the United States, India, Japan and Australia.