RN MEPs assistants: end of investigations Paris (AFP) Seven months before the presidential election, the investigating judges responsible for investigating suspicions of fictitious jobs as assistants of MEPs from the National Rally (RN) have closed their investigations, a prelude to a possible dismissal of the indicted , including Marine Le Pen, in court. According to several sources close to the case, which confirmed information from F 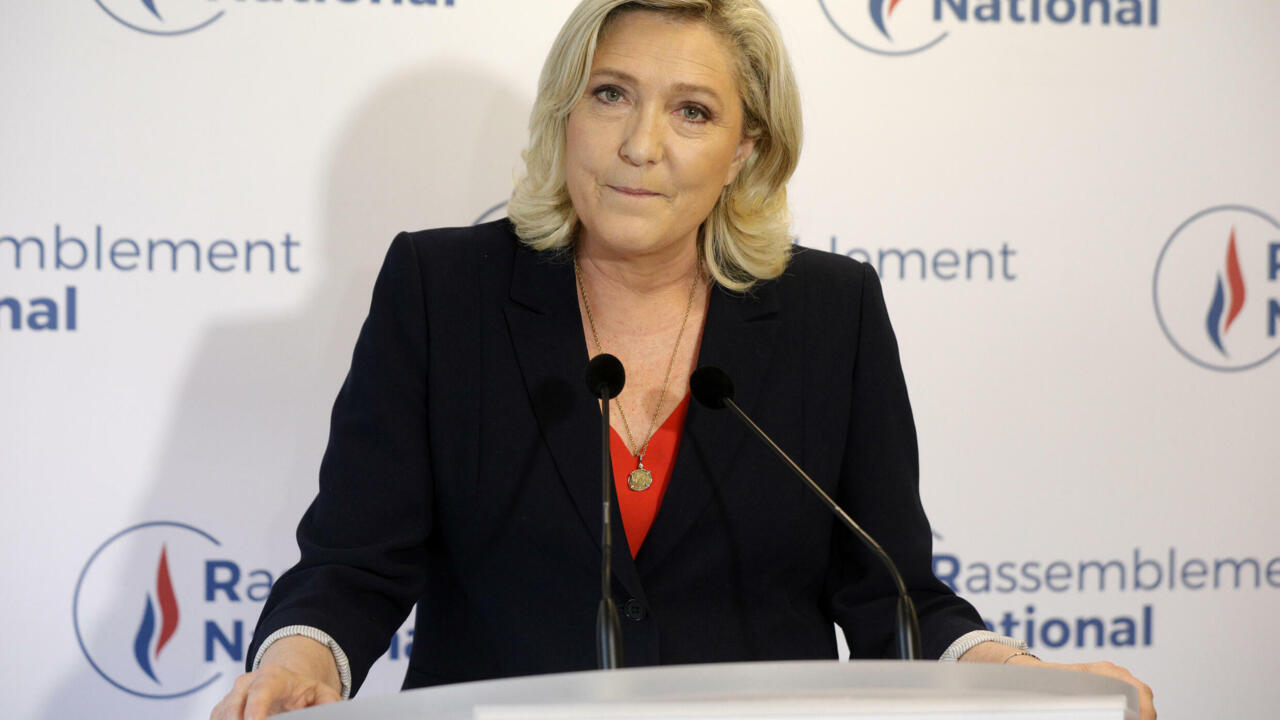 Seven months before the presidential election, the investigating judges responsible for investigating suspicions of fictitious jobs as assistants of MEPs from the National Rally (RN) have closed their investigations, a prelude to a possible dismissal of the indicted , including Marine Le Pen, in court.

According to several sources close to the case, which confirmed information from France Info, the magistrates announced last week the end of the investigation.

The parties now have three months to make observations and requests for acts.

If the investigations are not relaunched at the end of this period, the Paris prosecutor's office will have to make its requisitions before the final decision of the investigating magistrates on a possible referral to the court for a trial.

Marine Le Pen's lawyer was unreachable on Monday to comment on the end of the investigations in this case.

"We are waiting to know the indictment of the prosecution," for his part reacted Me François Wagner, lawyer for Jean-Marie Le Pen, without making further comments.

In this vast case, 29 elected officials and assistants in total, including the president of the RN, her father and senior party officials, were indicted, most of them for "embezzlement of public funds".

The investigation began in March 2015, when the European Parliament announced that it had referred to the EU anti-fraud office any irregularities committed by the National Front (since renamed RN) concerning salaries paid to parliamentary assistants.

The investigation was entrusted at the end of 2016 to two Parisian financial examining magistrates for acts of "organized gang scam" and "hidden work", initially targeting 17 elected or ex-elected frontists and around forty assistants .

Marine Le Pen was indicted in June 2017 for "breach of trust" and "complicity", prosecutions later reclassified as "embezzlement of public funds".

Louis Aliot, vice-president of the party and former MEP, MEPs Nicolas Bay and Bruno Gollnisch, and the party will follow in particular.

The magistrates suspect the RN of having "in a concerted and deliberate manner" set up a "system of diversion" of the envelopes (21,000 euros per month) allocated by the European Union to each deputy to pay parliamentary assistants.

The latter would have actually worked, in whole or in part, for the RN, thus allowing it substantial savings in wages.

The announcement of the end of the investigations comes at the start of a presidential campaign for which Marine Le Pen is a candidate.

"We will end up with a final indictment (from the prosecution) or an order of dismissal (of the investigating judges) in the first quarter, in the middle of the presidential campaign ... After six years of instruction, it is well aimed ! ", regretted a lawyer of the file.

These deadlines could, however, be considerably lengthened by the appeals filed by the defense.

In recent years, the defendants' lawyers have increased the number of applications before the court of appeal to bring down the procedure.

This court must therefore render a new decision on September 30 on an appeal filed by the party's lawyers to request the referral to the Court of Justice of the European Union.

They believe that the "measures for implementing the statute for European deputies" would be contrary to EU law, thus leading to the irregularity of French legal proceedings.

An argument rejected by the investigating judges.

At the same time, separate investigations are also targeting the assistants of MoDem MEPs and the leader of La France Insoumise Jean-Luc Mélenchon.