In Berlin, a referendum on real estate speculation shakes up the electoral campaign - France 24

In Berlin, a referendum on real estate speculation shakes up the electoral campaign Berlin (AFP) In her apartment on the outskirts of Berlin, Regina Lehmann despairs at the letter signed by her owner, a large real estate group, and the bad news she announces: an impending rent increase. The increase of 12.34 euros, on a monthly rent of 623.44 euros, may seem trivial. But paying "will be very difficult," this unemployed woman, who lives on a disability pension, told AFP. Nearly 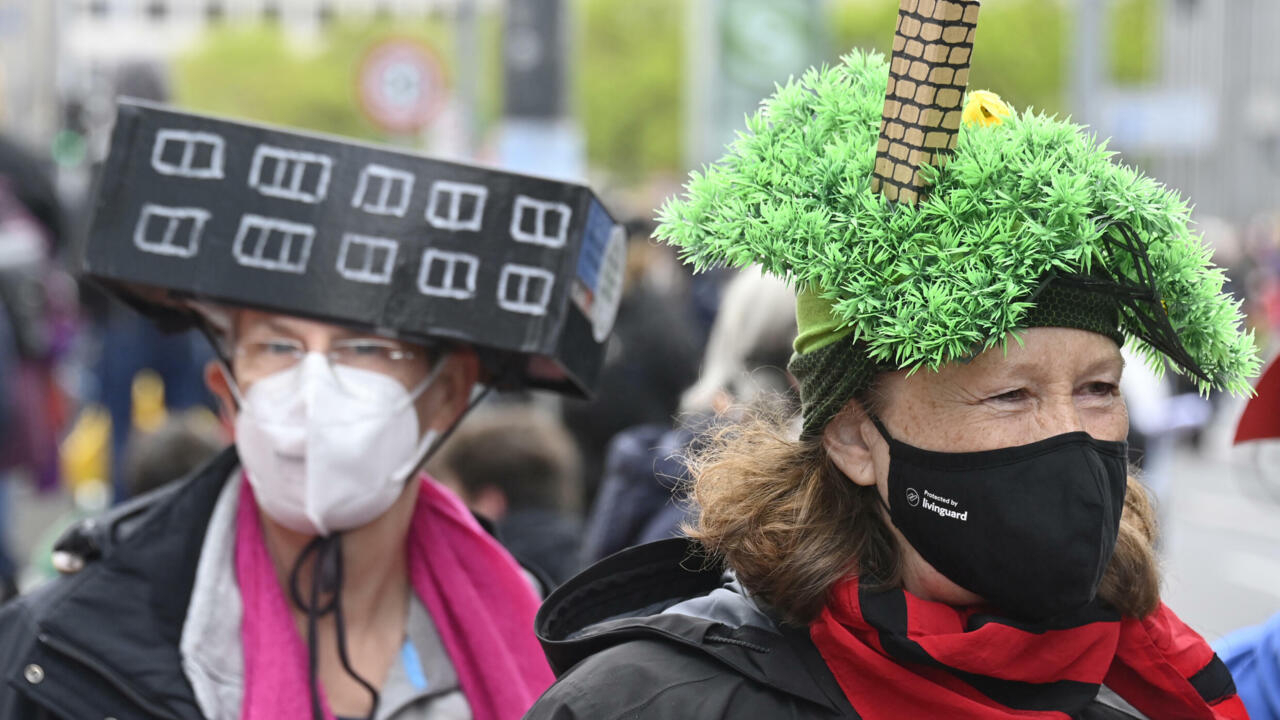 In her apartment on the outskirts of Berlin, Regina Lehmann despairs at the letter signed by her owner, a large real estate group, and the bad news she announces: an impending rent increase.

But paying "will be very difficult," this unemployed woman, who lives on a disability pension, told AFP.

Nearly 700 of its neighbors will suffer the same fate, with increases of up to 8% for apartments located in large housing estates in Spandau, in a working-class district outside the capital.

It is against the appetites of real estate companies that the promoters of a citizens' initiative referendum organized in Berlin on September 26 are mobilized, in parallel with the legislative elections.

Slogan: "expropriate" groups holding more than 3,000 homes, that is to say put their housing stock in public management to better regulate prices.

In her living room lined with family photos, Regina Lehmann affirms it: she "will not pay".

"I think if we pay, in a short time the rents will go up again."

The residents of the neighborhood have received support from associations that consider the new demands of the Adler group, the owner, to be illegal, as prices already exceed a benchmark, set by law, depending on each neighborhood.

Adler merely mentions an "improved environment" around dwellings, which would allow him to raise prices.

The referendum is the culmination of growing discontent among Berliners over the cost of housing.

In a capital whose attractiveness has increased in recent years, rents have increased on average by 85% between 2007 and 2019, even if they remain much lower than in London or Paris.

The subject of rents has also taken a special place in the legislative campaign to appoint Angela Merkel's successor as head of Germany.

A building being demolished on September 2, 2021 in Berlin, where residents protest against real estate speculation John MACDOUGALL AFP

After collecting some 346,000 signatures, the promoters of this popular consultation were able to obtain a vote, according to the rules of local democracy in force in the German capital.

Even in the event of a “yes” victory, the result will not be binding on the Berlin Senate, the local executive body.

But the municipality will at least have to take up the issue politically.

The increase is strangling many inhabitants in a capital where 80% of residents are tenants, and where the at-risk-of-poverty rate (people with less than 60% of the median income) reached 19.3%, against 15.9% in the the whole country.

Large real estate companies, such as Adler Group, which owns 20,000 homes in the city, are accused of being responsible for the crisis.

Defenders of expropriation have lined the city with posters and increased demonstrations.

According to a poll by the daily Tagesspiegel, 47% of residents would be in favor of the project.

Support increased with the rejection by the Constitutional Court of a price freeze introduced by the left-wing municipality last year.

This repeal, through a catch-up effect, resulted in further increases.

"We have to fight for our rights. Recently my monthly rent has climbed by 100 euros," a demonstrator, Catia Santos, 41, told AFP.

"As a tenant, I can no longer pay my rent," said another participant Jurgen Wilhem, 78.

The expropriation of real estate companies is rejected by the majority of Berlin's political class, which favors increased housing construction.

Assembly of the headquarters of the two real estate giants in Germany, Deutsche Wohnen in Berlin and Vonovia in Bochum, May 25, 2021 John MACDOUGALL, Ina FASSBENDER AFP

The right is opposed to it, pointing the finger at the cost of the compensation that this would entail when the community is already one of the most indebted in Germany.

The head of the SPD (Social Democrats) list in Berlin, Franziska Giffey has also declared herself against the initiative, even if her party, in power in Berlin, is not opposed to one-off purchases of goods to curb the costs.

The city also announced on Friday the acquisition for 2.4 billion euros of nearly 14,750 housing units from the Deutsche Wohnen and Vonovia groups, market giants.

Only Die Linke, a radical left, and some head of the Greens list voted in favor of the project, some candidates even appearing with the referendum logo on their campaign posters.