Germany: high-risk hearing for Olaf Scholz, favorite of the legislative elections Berlin (AFP) The favorite in the German parliamentary elections, Olaf Scholz, faces a high-risk parliamentary hearing on Monday, a few days before the poll, on a money laundering case involving the finance ministry he heads. The Social Democrat must justify himself before the Finance Committee of the Bundestag on the non-transmission to justice, by officials of his ministry, of information conce 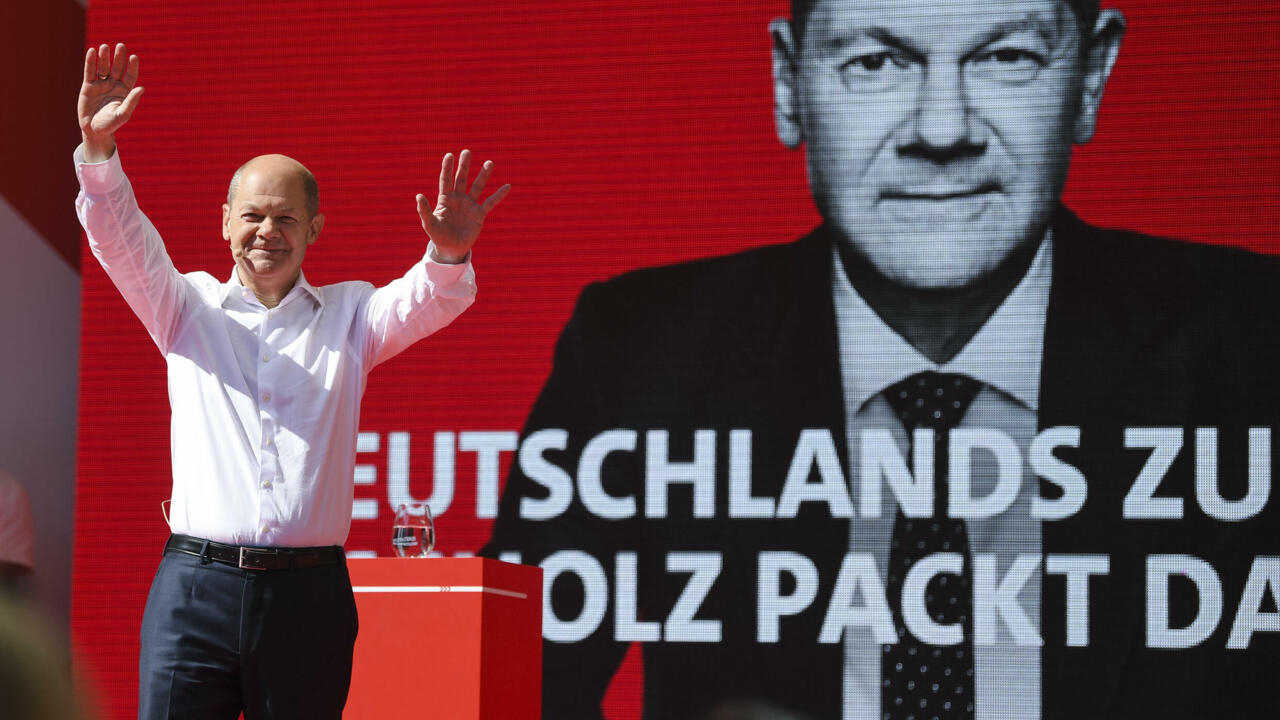 The favorite in the German parliamentary elections, Olaf Scholz, faces a high-risk parliamentary hearing on Monday, a few days before the poll, on a money laundering case involving the finance ministry he heads.

The Social Democrat must justify himself before the Finance Committee of the Bundestag on the non-transmission to justice, by officials of his ministry, of information concerning an alleged money laundering operation.

This videoconference hearing follows the search in early September of the premises of the Ministry of Finance in Berlin by the Osnabrück prosecution, in charge of the case.

This case comes for Olaf Scholz at the worst time, in the home stretch before the legislative election on Sunday.

His political opponents, the environmentalists and conservatives of Angela Merkel, intend to put him in difficulty, while he remains at the top of the latest polls.

He is credited with around 25% of the voting intentions, against a little over 20% for the right and 15% for the Greens.

(lr) The candidates for the German legislative elections, Olaf Scholz from the SPD, Annalena Baerbock from the German Greens and Armin Laschet from the CDU / CSU before a televised debate, September 19, 2021 in Berlin Tobias Schwarz AFP

Sunday evening, he also won the last televised debate bringing together the three major parties in competition, 42% of viewers giving him the winner.

The starting point of the case examined by the deputies, in 2020, concerns suspicious payments to Africa of an amount exceeding one million euros.

A report on this case, received by the Central Office for the Investigation of Financial Transactions (FIU), under the supervision of the Ministry of Finance, was "not transmitted to the judicial authorities", which prevented "the stop this payment ", according to the prosecution.

However, the backdrop of this transaction was the trafficking of arms and drugs as well as the financing of terrorism.

She believes that "suspicions of money laundering amounting to millions of euros" have "not been transmitted to the police and justice".

In order to "verify whether and, if so, to what extent, the management and officials of the ministries (...) were involved in the decisions of the FIU", the prosecution therefore recently ordered searches of the ministries of finance and of Justice.

Immediately, the opposition in the Bundestag around the Greens, the liberals and the radical left, summoned Olaf Scholz, deeming his responsibility engaged.

"It is right that Olaf Scholz responds to the Finance Committee (...) before the elections," Green MP Lisa Paus told AFP, saying "this is the last chance for him to win back credibility lost ".

Irritated by these searches in the middle of the electoral campaign, Mr. Scholz criticized the method of the investigators, believing that they "could have asked him (their questions, editor's note) in writing".

He half-heartedly denounced a political plot targeting him.

Threatened by a historic defeat, the conservatives of the CDU have also taken up this affair to multiply the attacks.

"When a prosecution raids a ministry, the right reaction is to say: we are going to help justice" and not to denounce plots in a "populist" manner, criticized the leader of the conservatives, Armin Laschet.

Olaf Scholz is not his first embarrassing affair: his administration was criticized for its lack of vigilance last year during the bankruptcy of the Wirecard company, the biggest post-war financial scandal in the country .

This online payments company had to admit in June 2020 that 1.9 billion euros registered in its accounts did not exist.

Mr. Scholz also had to answer tough questions from parliamentarians, as part of a special commission of inquiry.

The case had forced the executive to present at the beginning of the year a vast reform of Bafin, the German financial regulatory body, in order to give it more powers.