Covid: Pfizer paves the way for vaccination from 5 years old Frankfurt (AFP) The American-German laboratory Pfizer / BioNTech announced on Monday promising results in young children from its vaccine against Covid-19, hoping to soon obtain the green light from the health regulatory authorities. As adolescent vaccination progresses around the world, the UK has already this week joined the list of countries that have started dosing for 12-15 year olds. The 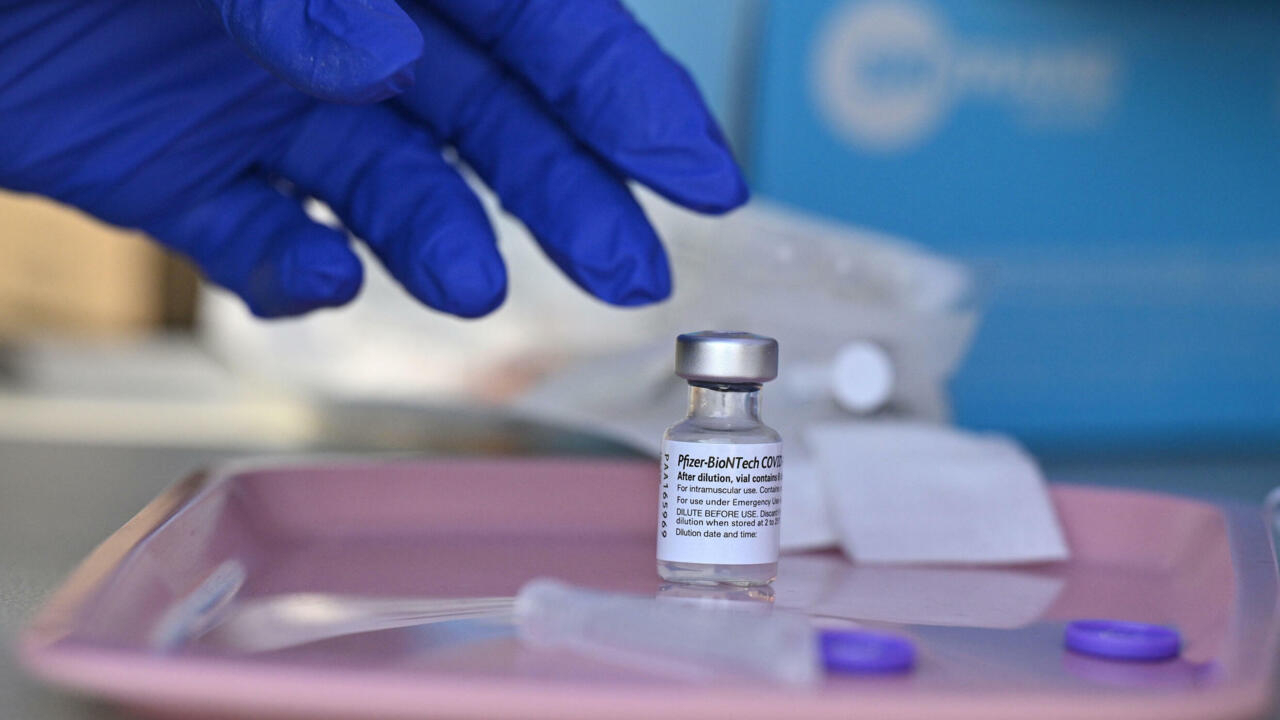 The American-German laboratory Pfizer / BioNTech announced on Monday promising results in young children from its vaccine against Covid-19, hoping to soon obtain the green light from the health regulatory authorities.

As adolescent vaccination progresses around the world, the UK has already this week joined the list of countries that have started dosing for 12-15 year olds.

"In participants aged five to 11, the vaccine is safe, well tolerated and exhibits robust neutralizing antibody responses," US giant Pfizer and its German partner said in a joint statement, reporting the results of their work. clinics.

These partial results published on Monday are based on a study carried out on 4,500 children between 6 months and 11 years old in the United States, Finland, Poland and Spain.

The two companies expect to publish results "as early as the fourth quarter" for the 2-5 year old age group as well as the 6 month-2 year old group, who received two injections of 3 micrograms.

The two companies plan to submit this data to the authorities "as soon as possible", the statement said.

He says the immune response is "comparable" to that seen in 16 to 25 year olds who received a higher dose vaccine.

The announcement was greeted by Dr Ashish Jha, one of the leading experts on Covid in the United States, who called it "good news" expected by many parents.

If all goes well and the approval follows, "my 9-year-old will be vaccinated by Halloween," he tweeted.

These are the first clinical data for this age group of 5-11 years.

So far, the European Medicines Agency (EMA) and the US Food and Drug Administration (FDA) have cleared vaccines from Pfizer / BioNTech and Moderna, based on messenger RNA technology, from the age of 12. .

The FDA said in early September that it would "carefully" review emergency clearance requests for vaccines intended for under-12s, a process that is expected to take "weeks rather than months."

In Israel, children aged 5 to 11 at risk of serious complications from Covid-19 have already been vaccinated since August 1.

This is a "special authorization" without waiting for clinical data, and each injection is "studied on a case-by-case basis", according to the Ministry of Health.

The Pfizer and Moderna vaccines are already being given to adolescents over 12 years old in several countries, including the United Kingdom, England, Scotland and Wales - before Northern Ireland next month - as well. than adults around the world.

According to the World Health Organization (WHO), the benefits of immunizing children under 12 have not yet been proven.

But even though children are considered less at risk of developing a severe form of Covid-19, some scientists fear that with the spread of the more contagious Delta variant, severe cases could appear even in the youngest.

Due in particular to the spread of the Delta variant, "since July, pediatric cases of Covid-19 have increased by 240% in the United States, highlighting the need for vaccination" of the youngest, commented Albert Bourla, CEO of Pfizer, seeing in the data released Monday a "solid basis for applications for authorization".

The side effects of the vaccine, dosed at 10 micrograms by injection against 30 micrograms usually for the oldest, are "in general comparable" to those observed in people 16 to 25 years, note the two laboratories.

The most commonly reported side effects include pain and an inflammatory reaction in the sting area, as well as headache, onset of chills or fever.

A study on children under 12 for the Moderna vaccine is also underway.