Alzheimer's, a time bomb for public health in China - France 24

Alzheimer's, a time bomb for public health in China Beijing (AFP) Ten million patients for less than 200 beds ... With a quarter of Alzheimer's cases on the surface of the globe, China is helpless in the face of an evil growing exponentially. "No other public health problem is so threatening in China", summarizes Wei Shouchao, neurologist at the Guangdong Medical University (south). With the rapid aging of the population, the number of patients 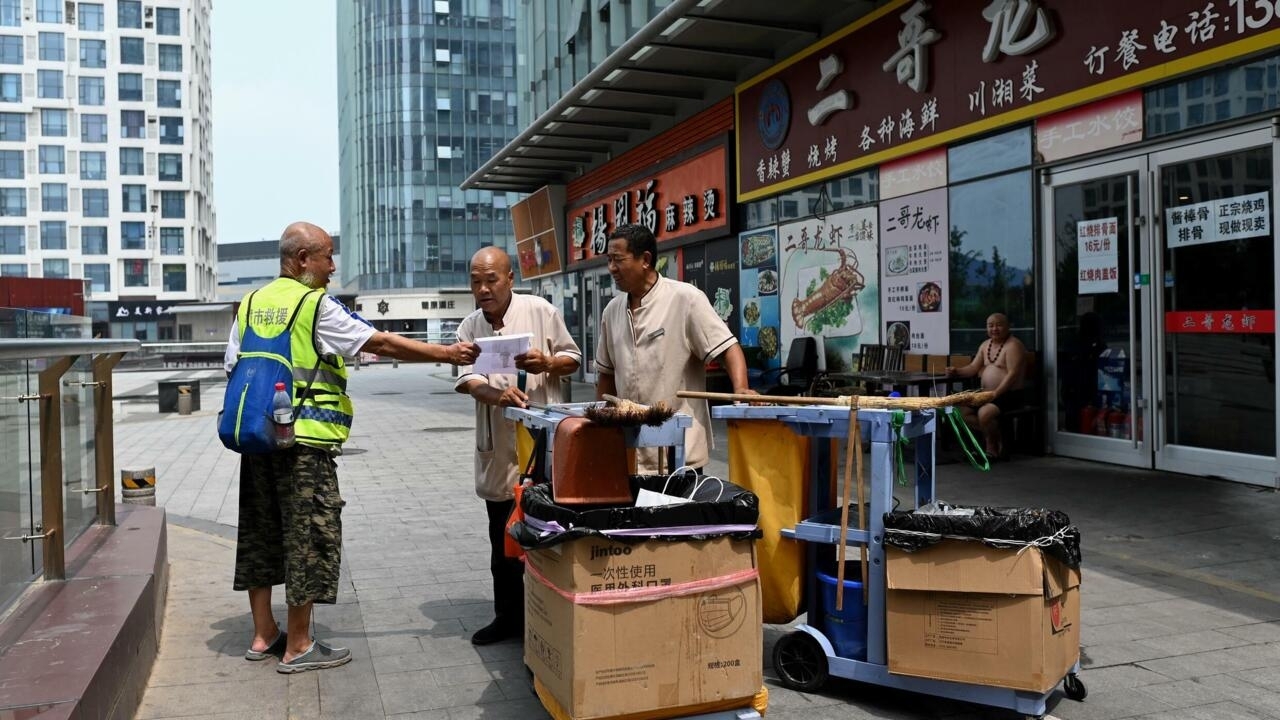 Ten million patients for less than 200 beds ... With a quarter of Alzheimer's cases on the surface of the globe, China is helpless in the face of an evil growing exponentially.

"No other public health problem is so threatening in China", summarizes Wei Shouchao, neurologist at the Guangdong Medical University (south).

With the rapid aging of the population, the number of patients is expected to quadruple to reach 40 million by 2050, according to a study by the London School of Hygiene and Tropical Medicine.

Between medical costs and the loss of productivity caused by the departure of caregivers from the national workforce, the report estimates that Alzheimer's would then cost the Chinese economy a staggering sum of 1,000 billion dollars per year for the Chinese economy.

"It is the disease which progresses the fastest in China and we are absolutely not equipped to face it", recognizes the neurologist.

A delivery man examines a wanted notice for Chen Shaohua, who has disappeared from Alzheimer's disease, on July 19, 2021 in Beijing. NOEL CELIS AFP

In comparison, the United States, with 6.2 million patients, can count on 73,000 beds in specialized care centers.

In the Asian country, the disease is complicated by the fact that it is often detected too late, as in the case of Chen Shaohua, a 68-year-old former musician.

When he started losing his keys or his wallet, his relatives just blamed it on carelessness.

"We never thought of Alzheimer's because there never was one in the family and because he was still young," testifies his daughter, Chen Yuanyuan.

The lack of detection of the disease leaves patients without treatment or support for years, notes He Yao of the National Center for Clinical Research in Geriatric Diseases.

"It's a shame, because intervening earlier can slow the progression of the disease," he told AFP.

Volunteers looking for Chen Shaohua, a missing Alzheimer's patient, look at CCTV footage of the shopping center where the 60-year-old was last seen on July 19, 2021 in Beijing NOEL CELIS AFP

The rural exodus also plays a role, with millions of vulnerable elderly people left alone in the countryside with no children to take care of them.

Chen Shaohua, the former musician, got lost for the first time for almost two days.

The police found him ... in the middle of an attempted break-in.

"The place looked like where we used to live. Dad was lost, he forgot that we now live in Beijing," says his daughter.

The government announced last year a "Health 2030" action plan which plans to generalize the detection of the disease at the neighborhood level.

But the plan does not contain any details on the creation of reception structures or on the training of doctors.

"In rural areas, doctors are not trained to spot the disease at an early stage," says Dr Wei.

"Even in Beijing, there is only one nursing home with staff trained to treat Alzheimer's patients."

Due to lack of reception capacity, Mr. Chen's son, Chen Yunpeng, is forced to take his father to his workplace, a warehouse of a logistics company.

The first time he got lost, his children called for help from an association of volunteers helping to find missing elderly people.

More than a dozen people gathered at the place where Chen Sr. was last seen.

Some helped the police to consult hours of recordings of street cameras looking for the pensioner.

Chen Shaohua, an Alzheimer patient, at his daughter's home in Beijing on August 28, 2021 NOEL CELIS AFP

The association claims to have helped find some 300 Alzheimer's patients since 2016.

"We receive calls almost every day from all over the country," reports Su Xiao, who heads the Zhiyuan Emergency Research Center in Beijing.

"The most dangerous is when an elderly person finds himself on an abandoned site, or in a quarry, or outside in bad weather".