The resistance prepared with a joint operations room.. Is Jenin witnessing a close battle with the occupation?

A wide campaign of incitement launched by the Israeli occupation authorities during the recent period against the Jenin area, to which the six Gilboa Prison prisoners belong, and the armed factions formed a joint operations room in anticipation of an upcoming battle with the occupation forces. 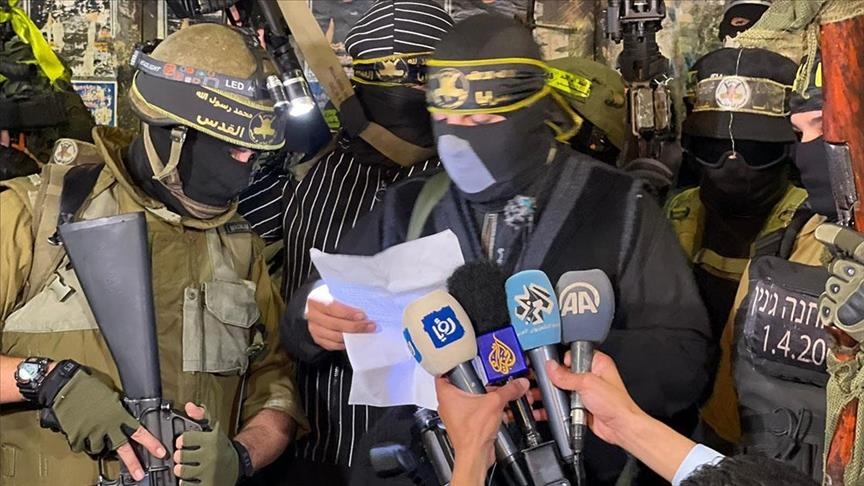 A wide campaign of incitement launched by the Israeli occupation authorities during the recent period against the Jenin area (in the northern occupied West Bank), the birthplace of the six prisoners who took their freedom from Gilboa prison two weeks ago, and the occupation re-arrested them all.

But how true is this Israeli campaign?

Is the Palestinian resistance really capable of repelling any future Israeli attack?

We addressed these questions to the retired Major General and strategic expert Wassef Erekat, who told Al Jazeera Net that Israel is willing to escalate against the Palestinians;

Because it has lost its prestige - especially security - but its ability to escalate is very limited;

Because it knows that the results of this will be negative, and it will not be able to bear more losses, after the recent war on Gaza, and the escalation in the West Bank, Jerusalem and the occupied territories in 1948.

The entire Palestinian people are considered united today behind the issue of prisoners - according to Erekat - and their youth are fully prepared to sacrifice for their national causes, and Israel is well aware of this, and any Israeli escalation will have high costs that it cannot bear.

Also, Israel cannot single out Jenin alone without the other Palestinian areas that became united to defend Jerusalem - after the events of last May - against the occupation in all its places, from the sea to the river;

So what if the battle concerns the prisoners who are from all sects of the Palestinian people?

May God bless them ✌️🔥

shoot at a foot force of the occupation army in the village of Al-Arqa, west of Jenin, a while ago# Tunnel_Freedom pic.twitter.com/ZZNR924HAP

Erekat believes - in his speech to Al Jazeera Net - that Israel incites Palestinian resistance action and exaggerates it in a message from it to its internal front, no more, so as not to be criticized by the opposition headed by Netanyahu, who wants this government to fall.

Erekat believes that - in the end - no matter how large the Palestinian military force is and no matter how exaggerated it is, it remains modest in front of the Israeli military force, but the Palestinian will is much stronger today in sacrifice and struggle compared to the Israeli will, and this is equivalent to the combined Israeli capabilities.

Amidst the celebration of the people and their clapping... Palestinian resistance fighters open fire towards the occupation forces at Al-Jalama checkpoint, northeast of Jenin a while ago pic.twitter.com/mlmBTY6VTH

Regarding the recent Israeli occupation operations on the ground in Jenin, we went to journalist Ali Smoudi, who is a daily follower of the sweeps and raids that took place during the search for the six prisoners.

Samoudi told Al Jazeera Net that the occupation army, with the end of the Saif al-Quds battle last May, stormed the Jenin camp only twice, despite the presence of what he calls "wanted by the occupation" of Palestinian youths inside the camp, and in these two times it was met with resistance One of them was fierce, leaving 4 martyrs, and the other was only from special units that stormed the outskirts of the camp, and because of the strong resistance, they were unable to complete the incursion and withdrew, and the Hebrew media described the intrusion at the time as if it was in southern Lebanon and not in Jenin camp.

Smoudi believes that digging the Gilboa Tunnel - and extracting the six prisoners to their freedom - has once again reorganized the cells and military wings of the Palestinian resistance factions, which began with Islamic Jihad and the Fatah movement, and later Hamas fighters joined them, and formed a joint operations room to protect the camp and other areas of Jenin, amid a situation From the popular mood supporting them, due to the solidarity gained by the six prisoners, who were expected to take shelter in the camp.

Also, during the last period, Smoudi monitored shooting attacks that were up to 3 times a day towards the occupation soldiers, who were conducting extensive combing operations in all areas of Jenin in search of the six prisoners.

Smoudi believes that despite the cases of house raids and field investigations, any major Israeli military operation against Jenin may be faced with force from the Palestinians, because there is a kind of challenge on the ground, and there is a kind of organized and united resistance that will be in repelling this operation.

Smoudi also reports, through his follow-up, that the Israeli commander of operations in Jenin admitted to the Hebrew media that his soldiers - in one of the recent incursions into Jenin - were trapped for about an hour and 20 minutes under Palestinian bullets from everywhere.

The occupation also admitted that the battle of Jenin in 2002 cost him 23 of its soldiers, so he knows full well that harming Jenin may have a high price, and may ignite the other Palestinian areas and may plunge it into a spiral that he cannot predict the end of.