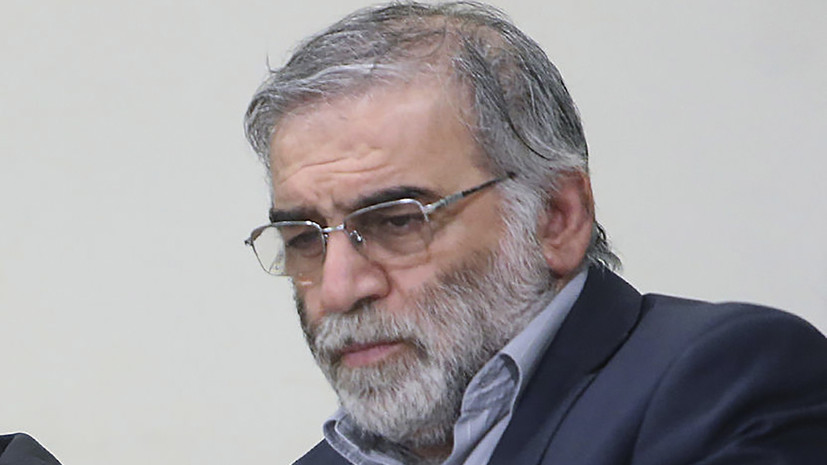 An attack on an Iranian scientist took place on November 27, 2020 in the Mazandaran province in the north of the country, a car with Fahrizadeh was fired upon from large-caliber weapons.

According to the publication, the performers of the operation chose a model of the Belgian 7.62 mm FN MAG machine gun, which was attached to robotic equipment.

The entire structure, including a machine gun, a robot and its components, weighed about a ton, so it was initially disassembled into "smallest parts" and smuggled into Iran in various ways, where experts reassembled the installation, the material says.

It is clarified that the robotic weapons were placed in the back of the Zamyad truck, which is widespread in Iran.

In addition, several cameras were built into the car to monitor the situation on the spot from the command post, and explosives were placed inside the car to destroy it after the operation was completed.

According to the newspaper, the car with the weapon was parked at the side of the road along which the car with the scientist was driving, and at the right time, shooting was fired on the transport from Fakhrizadeh.

As Iranian Ambassador to Russia Kazem Jalali said, the terrorist attack was carried out with the help of foreign special services, and after the explosion of an electrical substation in the area where the murder took place, all video cameras on the route to the house of the deceased scientist were de-energized.

According to Al-Alam TV, the killing was carried out with weapons "manufactured by Israel and operated via satellite."

Tehran called the assassination of Fakhrizadeh a gross violation of international norms and said that there was a trace of Israel in it.

Iran has promised to respond to the attack.