Rugby Championship: New Zealand continues its rider alone, Australia its renewal Brisbane (Australia) (AFP) New Zealand, without several holders left to rest, nevertheless largely beat Argentina 36-13, after the victory of Australia over South Africa 30-17, in the two matches of the 4th day of Rugby Championship played back-to-back at Suncorp Stadium in Brisbane on Saturday. Thanks to this new and broad success, matched like the three previous ones with the offensive bonus p 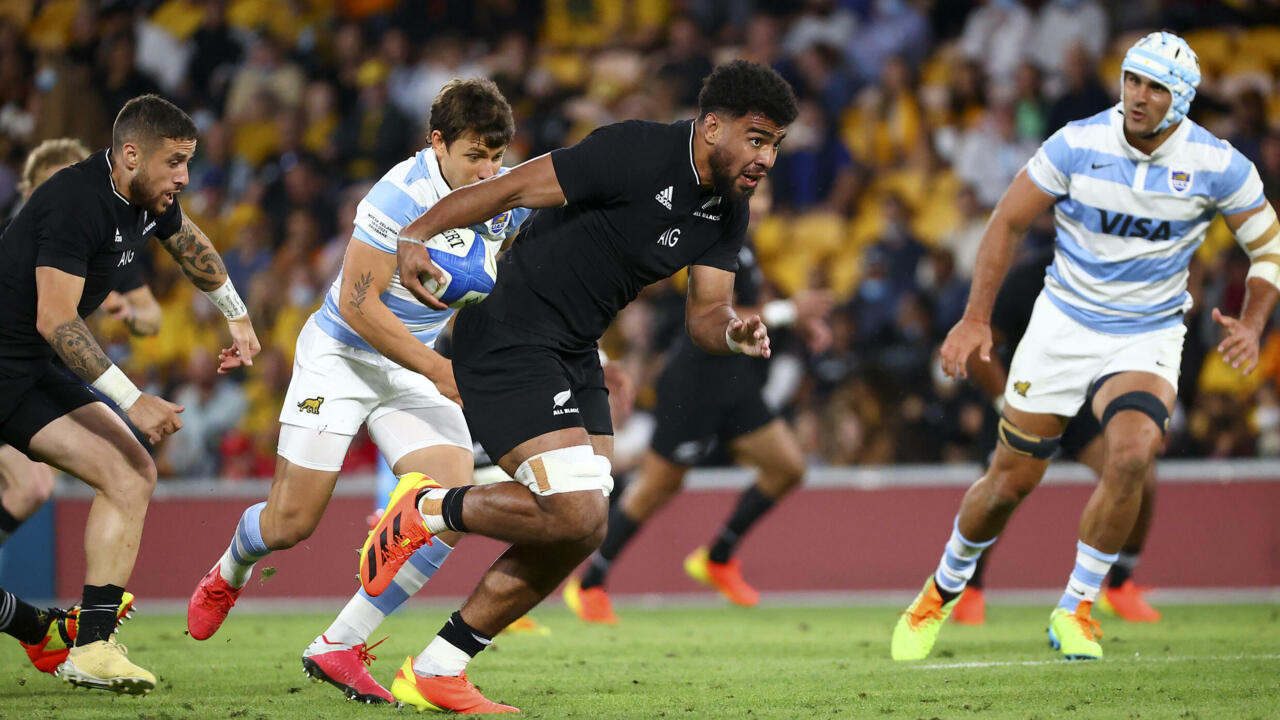 New Zealand, without several holders left to rest, nevertheless largely beat Argentina 36-13, after the victory of Australia over South Africa 30-17, in the two matches of the 4th day of Rugby Championship played back-to-back at Suncorp Stadium in Brisbane on Saturday.

Thanks to this new and broad success, matched like the three previous ones with the offensive bonus point, the All Blacks continue their rider alone in this quadrangular tournament in the southern hemisphere: they are now 10 points ahead of the Springboks in the standings.

The team led by Julian Save was quick to open the scoring, from the 6th minute through the second row Patrick Tuipulotu.

Scrum-half TJ Perenara at the conclusion of an "89", followed by other second-row Tupo Vaa'i, increased the score in favor of the All Blacks, who led 24-3 at rest.

After a new New Zealand test, signed by hooker Samisoini Taukeï'aho (47th) for which it was the first tenure, the Argentines rebelled.

Dominated for half an hour by Argentina, the All Blacks then turned their backs.

The Wallabies scored four tries against just one for the Springboks, who owed only to the boot of Handré Pollard, taking advantage of the faults of opponents sometimes confusing speed and precipitation, to stay in contact in the first period.

Their indiscipline has cost the South Africans dearly: the exclusion for ten minutes of scrum half Faf De Klerk for intentionally obstructing the ball out of his vis-à-vis behind a grouping, allowed the Wallabies to register two tries when they were on the power play.

Two tries signed by center Len Ikitau: the first near the posts after a slalom in the South African defense (14th), the second in a winger position after a devastating charge within 22 meters of the Taniela Tupou pillar (21st).

Led by Michael Hooper, captain of the Wallabies for the 60th time, thus overtaking the iconic George Gregan (59), Australia then led 12-3.

In the 33rd minute, referee Matthew Carley made a decision with serious consequences: initially announcing a "red card" to Australian Lachlan Swinton for a head butt on Duane Vermeulen, he then commuted that - here in yellow card, believing that the third line had first struck the shoulder of the South African N.8 before his head only accidentally struck that of his opponent.

After a strong reaction from the Springboks early in the second half, translated into a try from Lukhanyo Am, flattening a smart kick to follow from De Klerk and allowing the Boks to take the lead for the first time, the Wallabies got the ball rolling again. per hour of play.

Dominating again, they scored two new tries signed Marika Koroibete (62nd, 68th), the first of which was a stroke of genius from Tupou, author for his winger of a fabulous pass.