The moderates want to tighten their migration policy further - more residence permits should be revoked. The proposal will be discussed at the party's general meeting in October. 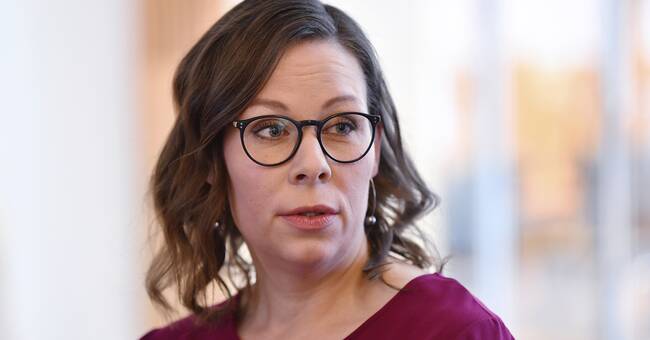 In Ekot's Saturday interview on Swedish Radio, Maria Malmer Stenergard, migration policy spokesperson for the party, says that people who have received protection in Sweden but then visit their home country should be able to get rid of their residence permit.

- I think it raises the question of whether we really give residence permits to the right people, she says.

- If you choose to go back and holiday in the country from which you have sought protection, then you may not have had the protection reasons that you once claimed, Malmer Stenergard continues.

Going to a general meeting

The proposal is part of a broader policy proposal on migration and integration that will be presented at the Moderates' working meeting at the end of October, the Moderates for TT state.

The current proposal for a residence permit goes further than what the party pursued as recently as when migration policy was discussed in the Riksdag this spring and the new, permanent migration legislation was hammered out.

The Sweden Democrats have previously demanded that more residence permits be revoked, for example due to changes in conditions in their home country or that people have been granted a residence permit on incorrect grounds.

Does not apply to Swedish citizens

It should be possible to revoke both temporary and permanent residence permits.

And the Moderates want to remove the rule that special reasons must be required, ie extra strong to be able to do so if a person has had a residence permit for more than four years.

- It should be easier, this four-year rule should not apply.

If you have come here to get protection from persecution and oppression, you should not go back to the country you claim to have been oppressed in, says Malmer Stenergard in the interview.

She emphasizes that this does not apply to people who have been granted Swedish citizenship.