Forestry - a hot topic in this year's church election

In this year's church election, forestry has emerged as one of the hottest topics of debate. The Church of Sweden's way of conducting forestry has been criticized, not least by the new nomination group Heaven and Earth. 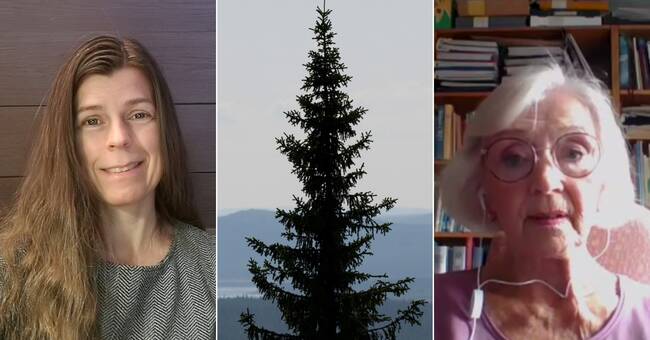 - I think it feels wrong that money for deforested forest should finance parish activities and preaching, says Marie Arnesdotter from the nomination group Heaven and Earth.

Marie Arnesdotter is a candidate for the church council and diocesan council in Uppsala diocese that Gävleborg is part of. The forest is the heart issue for the nomination group Heaven and Earth, which was formed this spring and goes to the polls on the question of how the church conducts its forestry.

- Climate change means that we will to a greater extent need mixed forests that provide coolness and a protective environment for everything that lives and grows in the forest, says Marie Arnesdotter.

"It requires too much work"

Kerstin Ramdén (S) is the first vice chairman of the diocesan board for Uppsala diocese.

She does not see that it is realistic for the Church of Sweden to change its forestry in the current situation.

- It requires too much work, says Kerstin Ramdén (S).

The Social Democrats are the largest nomination group in the diocesan council in Uppsala diocese.

She points out that the Church of Sweden follows the certification rules for forestry and constantly sees how you can become better at managing the forest.

The church election will now be decided on Sunday 19 September.