For 90 years, the national shame is unforgettable!

Do not forget the war, forget the war will be in danger The monument will stay forever, and the fire will be passed on Today is September 18th Is national shame day It's also the day of the awakening of the Chinese nation Data map: Thousands of people from all walks of life gathered in Shenyang and held a bell-ringing ceremony. Photo by China News Agency reporter Yu Ruizhai 90 years ago The 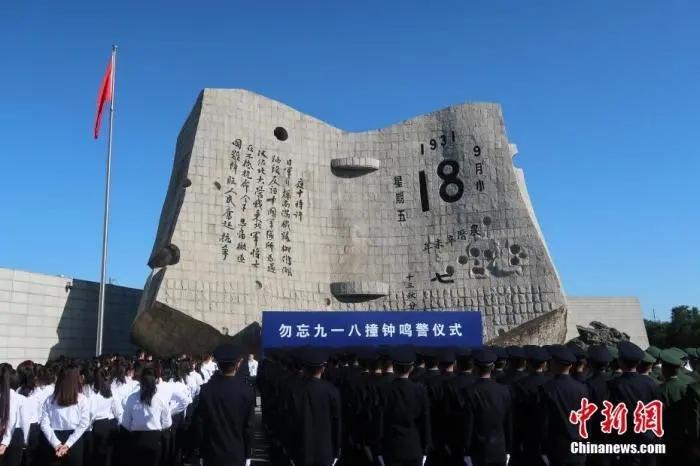 The monument will stay forever, and the fire will be passed on

It's also the day of the awakening of the Chinese nation

Data map: Thousands of people from all walks of life gathered in Shenyang and held a bell-ringing ceremony.

An explosion from the direction of Beidaying

I woke up the people who were still sleeping

This is to change modern Chinese history

And even major events in the history of the world

Data map: In the early morning of September 19, 1931, three hours after the Japanese bombardment of the Northeast Army garrison Beida Camp, prepared Japanese infantry rushed into the Beida Camp.

The invader's iron hoof stepped into the house

How many people are displaced

How many wives are scattered

"My home is on the Songhua River in the Northeast

Where are my compatriots

And the aging parents

"On the Songhua River"

The grief of losing my hometown and being enslaved

An inch of mountain and river, an inch of blood

Chinese sons and daughters are made of iron, bones and flesh and blood

Going to the national disaster together

From the Songhua River to the Lugou Bridge

With the national integrity of seeing death as home, preferring to die

They have also been parents, children, lovers

But if a country is not a country, why is it a home?

To save the life

They resolutely set out to fight on the battlefield

Data map: People from all walks of life visited the Northeast Occupied History Exhibition Hall, presented flowers to the anti-Japanese heroes, and people made paper cranes on the spot, and sent a message of peace.

When the Chinese nation is at its most dangerous

Not overwhelmed by difficulties!

Even more will not bow your head in front of humiliation!

In August 1945, Japan was defeated and surrendered

Data map: A slogan commemorating the "9.18" Don't forget history and revitalize China was hung in front of the site of the Chongqing bombing.

The picture shows the relatives of the victims of the bombing in silence.

History is the best textbook

It's also the best sober

When Shenyang once again sounded the harsh air defense alarm

That is to warn posterity

The national humiliation 90 years ago cannot be forgotten or dare not forget!

A scar that cannot be healed in the Chinese heart

A memorial that billions of Chinese children can't forget

Everyone is responsible for the rise and fall of the country

Be prepared for danger in times of time, and the alarm bell will ring

We must not be afraid of hardships and dangers, and unite the spirit of struggle

We must work together to forge national rejuvenation!