What is life in space like for SpaceX tourists? - France 24

What is life in space like for SpaceX tourists? Washington (AFP) SpaceX's first space tourism mission took off Wednesday night from Florida, and the four passengers on board - a billionaire and three other Americans - have already witnessed more than 25 sunsets and sunrises. Elon Musk's company has so far delivered very few details of their adventure since reaching target orbit - beyond the International Space Station. Update on what we know 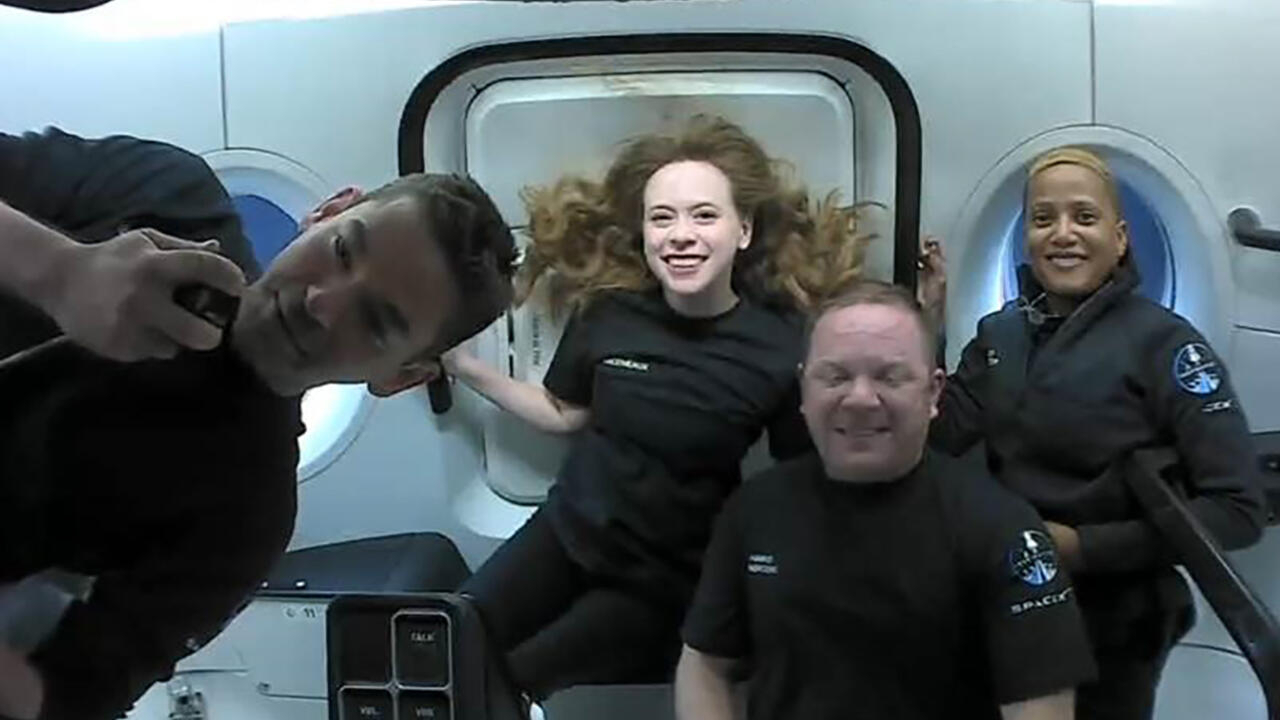 SpaceX's first space tourism mission took off Wednesday night from Florida, and the four passengers on board - a billionaire and three other Americans - have already witnessed more than 25 sunsets and sunrises.

Elon Musk's company has so far delivered very few details of their adventure since reaching target orbit - beyond the International Space Station.

Update on what we know about their life on board.

The passengers are aboard SpaceX's ship called Dragon.

It measures 8 meters high by 4 meters in diameter, but is composed of a "chest" where the crew cannot go, and a capsule which constitutes their place of life.

This capsule is only 9 cubic meters.

At a press conference the day before the launch, one of the passengers, Chris Sembroski, compared the experience to a trip with friends in a motorhome - a vehicle that, however, is not possible here. park to ventilate if necessary.

The precise technology of the toilets installed on board is kept secret by SpaceX.

But we know where they are in the capsule: "the toilets are on the ceiling," said the passenger Hayley Arceneaux in the documentary on the mission broadcast by Netflix.

"Literally a panel that you remove and a kind of funnel", she laughed, while specifying: "there is no top and bottom in space".

They are located very close to the new observation dome, installed on Dragon for the first time for this mission, and which offers a 360 ° view of the cosmos.

"When people have to go to the bathroom, they will have a hell of a view," said the mission commander, billionaire Jared Isaacman in an interview with Business Insider.

One of the passengers on SpaceX's Inspiration4 mission, Hayley Arceneaux, looks at Earth from space through an observation dome, in an image published on September 16, 2021 Handout Inspiration4 / AFP

Privacy is ensured with the help of a simple curtain.

The passengers are "healthy" and "happy," SpaceX tweeted Thursday.

Elon Musk for his part indicated that he spoke to them and that "everything (was) fine".

In four photos posted on social networks, we can see them smiling, in black SpaceX T-shirts, Hayley Arceneaux's hair floating in weightlessness.

They can also be seen peering through the Observation Dome - the largest one-piece window ever to be sent into space.

The crew "performed a first round of scientific research," SpaceX tweeted Thursday.

One of the goals of the mission is to collect data to better understand the effect of the space environment on complete novices.

Their biological data (heart rate, sleep, oxygen saturation in the blood ...), but also the effect of space radiation, must be analyzed using samples.

Their cognitive abilities must also be tested on board and on their return.

But the passengers assume it, they are also there to benefit.

And they ate "several meals," SpaceX said Thursday, without specifying whether the pizza that was to be on the menu had actually been eaten.

Musical moments are also planned: each passenger has concocted their own playlist of ten songs, and Chris Sembroski is expected to play the ukulele.

This instrument, among other objects, must then be auctioned off on their return, for the benefit of the pediatric hospital of St Jude (Memphis, Tennessee), where Hayley Arceneaux works after being treated there as a child for cancer.

The goal of the mission is to raise $ 200 million in total - including $ 100 million donated by Jared Isaacman.