The National Police reviews the recordings of the traffic cameras of the A-5, between Talavera de la Reina and Madrid, to try to locate the disabled 15-year-old minor ... 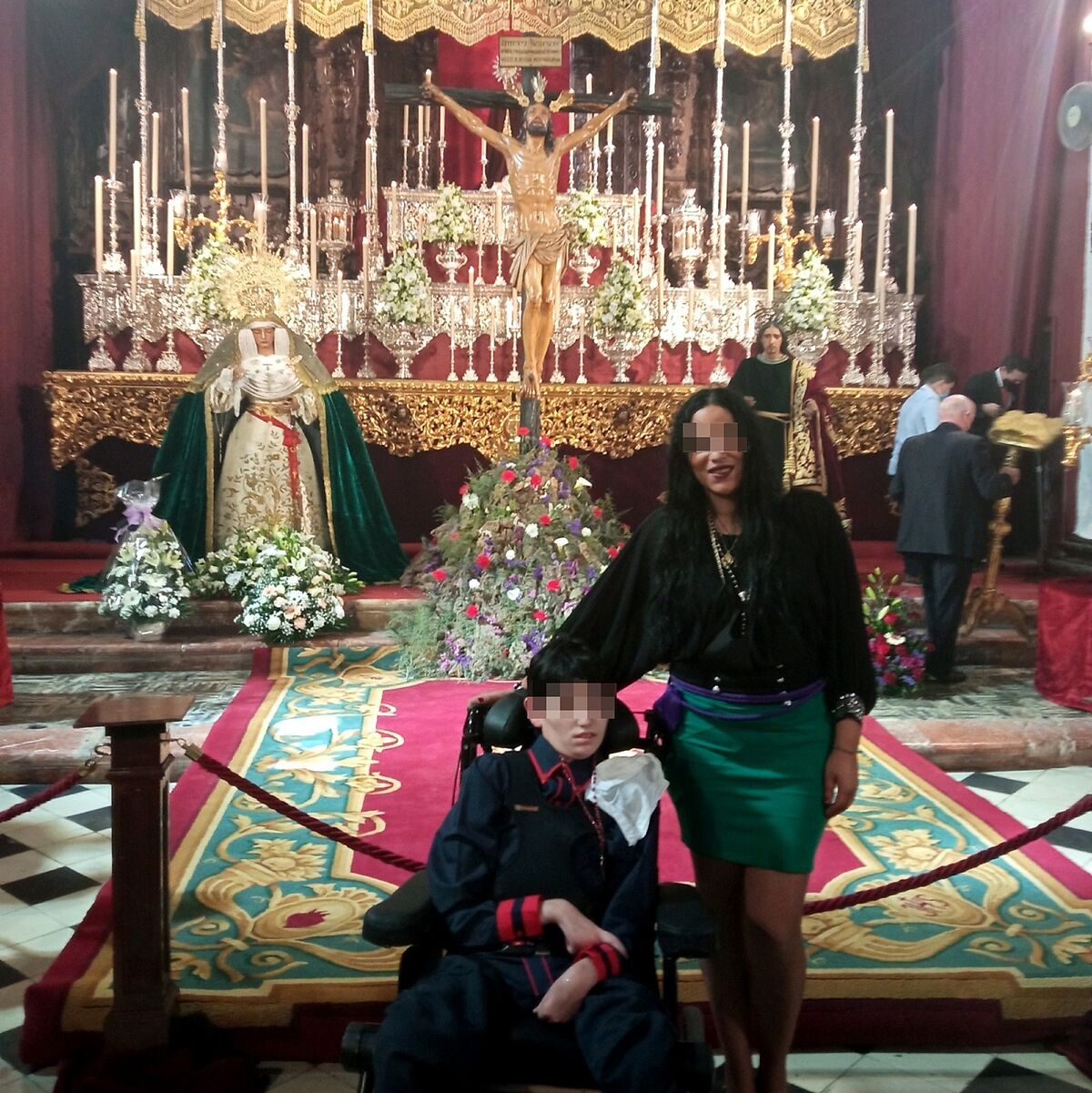 The National Police review the recordings of the traffic cameras of the A-5, between Talavera de la Reina and Madrid, to try to locate the disabled 15-year-old minor who has been missing since last Monday when his disoriented mother was located next to a gas station at kilometer 130 of the A-1, in Segovia. The mother, a nursing assistant, said at the time that her son had died and that she had thrown the body into a container in Madrid near a white building. The mother, named Macarena, was admitted to a psychiatric center. The agents believe that the minor may be within a radius close to the area between Arroyomolinos and Móstoles where the Extremadura highway (A-5) runs.

The UFAM agents returned yesterday to the Psychiatric Unit of the Segovia Hospital where the mother is admitted to try to speak with her with great care and with the presence of a psychiatrist. Sources of the investigation indicated that he continues to maintain that his son is dead and that he threw him into a container. In a second statement he went on to say that he cut up his body and later rectified and said that he was ill and that he died on the 8th. The Police do not give credibility to these statements, since the minor arrived alive last Sunday at a hostel of Talavera.

The disappeared young man, Antonio David Barroso Díaz, suffers from a sensory disability and was seen for the last time with his mother last Sunday night in a hotel in Talavera de la Reina (Toledo), from which they left at dawn, without yet the receptionist would have arrived.

The matter revolves around a married couple from Morón de la Frontera (Seville) with two dependent children, a 19-year-old girl and a 15-year-old adolescent who suffers from a physical disability.

After the separation of the marriage in 2007, Macarena took over custody of the children.

The mother suffers from bipolar disorder that was regularly treated and took care of her son with the help of her parents and her ex-husband.

Last Sunday the woman had an argument with her eldest daughter and threw her out of the house. In the afternoon, she left the house with her son, got him into the car and they traveled to Talavera de la Reina. In this municipality of Toledo they stopped at about 9:00 p.m. At dawn they left the establishment.

It is Monday at noon when Macarena's car breaks down at kilometer 130 of the A-1. Call the insurance that sends you a tow truck. The driver meets a woman who is babbling and is unwell and notifies the Civil Guard. The agents are also surprised by the woman's behavior and get the eldest daughter's phone number. They talk to her and she tells them that her mother has to be with her brother, who is a disabled and totally dependent boy. The mother adds that it is impossible that she was not with her mother. The agents question the mother who admits that her son had died and that she had thrown him into a container in the south of Madrid, between Arroyomolinos and Móstoles. Investigators note that at no time did he say he killed his son. With everything,her testimony is unreliable and also yesterday they found the mother's mobile phone in a container located next to her house in Morón, so it is not possible to use telephone masts to trace the woman's route between Talavera and Segovia.

The Talavera traffic cameras captured the vehicle leaving the municipality at dawn towards the A-5. The key is to find out the exact route the car traveled for almost 10 hours between Talavera and Segovia in order to limit the search for the missing child. The route of about 280 kilometers can be done in about three hours, so it is suspected that the car could have been stopped for between five and six hours at some point in the south of the Community of Madrid.

older sister said yesterday in her

social networks that she believes that "this is all a trap" from her mother and that she is deceiving everyone.

In his writing, he

regrets that "many atrocities are spreading

that are destroying our lives; many hypotheses and affirmations of the whereabouts of my brother and of my mother's confession that we do not know completely, no one has told us anything."