After many ifs and buts, the controversial and cultural-historical Starbiografen in Roknäs in Piteå municipality is now being demolished. - This is a sad story but it was beyond all rescue, says Brith Fäldt (V), chairman of the community building committee. 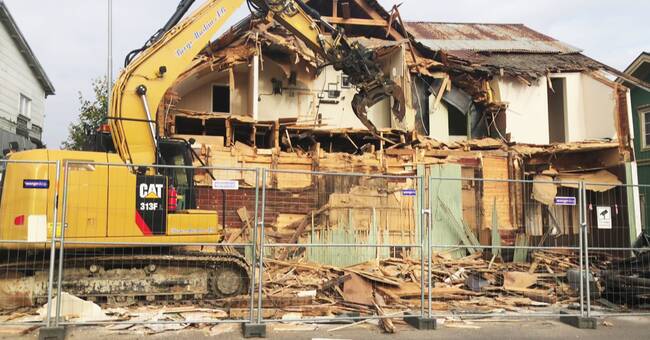 The old Starbiografen has been under threat of demolition for a long time, but the property owner has not wanted to demolish the building, to the great annoyance of many neighbors.

The property owner has previously been given opportunities to remedy all shortcomings, but this has not happened.

In the end, the community building committee in Piteå Municipality put its foot down and demanded that the building be demolished.

- This is a sad story, that the old historic cinema in Roknäs is being demolished.

But it is the right decision that has been made to tear it down, because it was beyond all rescue.

But never fun to make such a decision, says Brith Fäldt.

On Wednesday, the demolition of the old cinema began, which in 1919 showed its very first film on the white screen in Roknäs.

- I myself have seen a film during my youth at that cinema.

It was a James Bond movie but I do not remember which one it was because this was 60 years ago, says Fäldt and continues:

- In the best of worlds, one could wish that it would have become a cult cinema, says Brith Fäldt.

See how the excavator swallows the old building in the video above.