Russian legislative: Google and Apple accused of "censorship" by the opposition - France 24

Russian legislative: Google and Apple accused of "censorship" by the opposition Moscow (AFP) The Russian opposition accused the giants Google and Apple on Friday of "censorship" after the removal of an anti-Kremlin mobile electoral application, on the first day of legislative elections also marked, according to critics of power, by fraud. In isolation because of an outbreak of Covid-19 in his entourage, President Vladimir Putin voted electronically. The withdrawal of the a 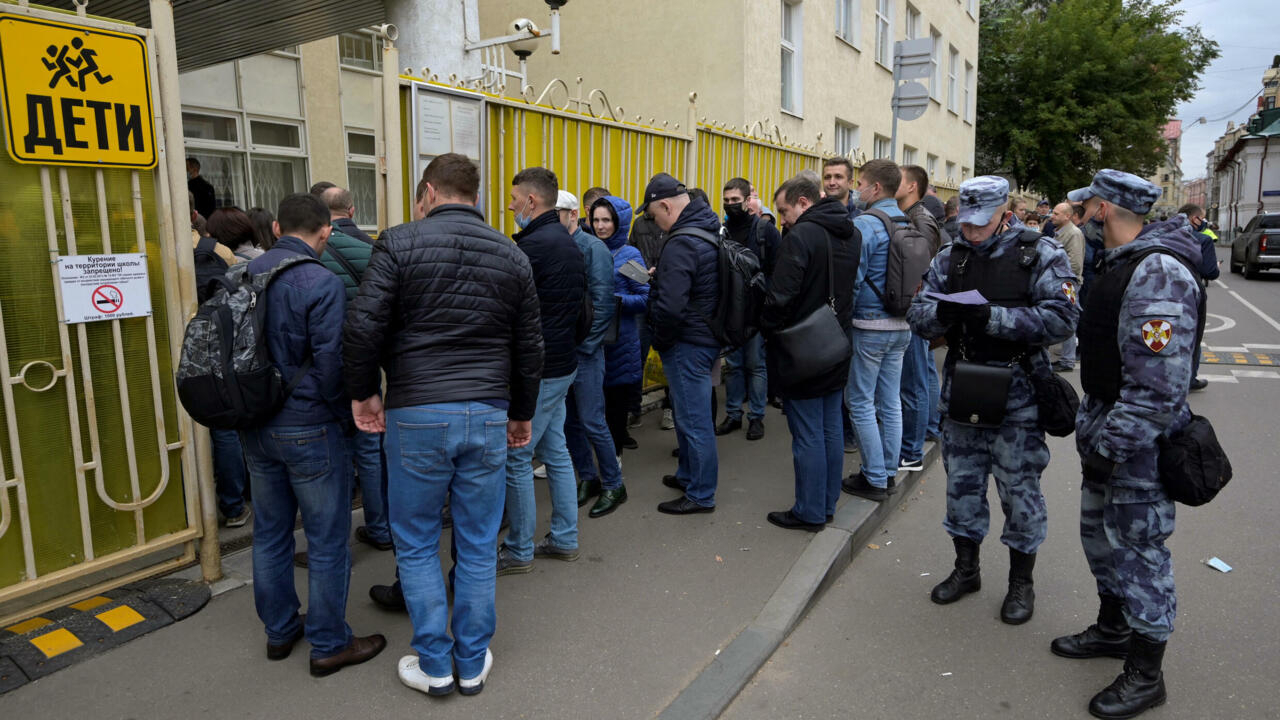 The Russian opposition accused the giants Google and Apple on Friday of "censorship" after the removal of an anti-Kremlin mobile electoral application, on the first day of legislative elections also marked, according to critics of power, by fraud.

In isolation because of an outbreak of Covid-19 in his entourage, President Vladimir Putin voted electronically.

The withdrawal of the application of the movement of the imprisoned opponent Alexeï Navalny comes after months of repression which have dismissed the detractors of Mr. Putin from these elections scheduled for three days, from Friday to Sunday.

"The whole Russian state and even the big tech companies are against us, but that doesn't mean we can give up," Navalny's team channeled on Telegram.

Leonid Volkov, exiled opposition leader, accused Apple and Google of "censorship" and "giving in to the Kremlin's blackmail" by removing the software from their stores.

"This application is illegal in our country," replied the spokesman for the Russian presidency, Dmitri Peskov.

As almost no anti-Putin candidate has been allowed to run for the legislative elections, Mr. Navalny's supporters have developed a so-called "smart vote" strategy intended to support the candidate - often Communist - best placed to put in difficulty that of the party in power, United Russia.

The application made it possible to know for which competitor to vote in each legislative constituency but also during dozens of local and regional elections.

In the past, this approach had met with some success, especially in Moscow in 2019.

But Moscow has recently multiplied admonitions to internet giants refusing to remove content deemed illegal, including those of the Navalny movement banned for "extremism" since June.

Friday, Senator Andrei Klimov, head of this commission, estimated that the American groups "drew the only valid conclusion" from their "conversation".

Some 108 million Russians are called to the polls to elect the 450 deputies of the lower house of Parliament, the Duma.

"Under these conditions of health restrictions, of quarantine, I fulfilled my civic duty online," said the Russian president, in a video released by the Kremlin.

Its detractors have denounced fraud, disseminating as with each ballot many videos and photos on social networks.

They explained the large queues observed in front of certain polling stations by the pressure exerted on officials and employees by their leaders to go and vote during their working hours.

The Twitter account of an imprisoned candidate, Alexei Pivovarov, was broadcasting images of what appear to be ballot box stuffing.

The NGO specializing in election observation, Golos, also details this type of fraud on its website, for example publishing photos of stacks of ballots folded in piles inside the ballot boxes.

This respected organization has been classified as a "foreign agent" by the Russian government, an infamous label complicating its activity.

Among the voters interviewed by AFP, some did not hide their disappointment.

Evguéni Kovtounov, a computer scientist, estimated that no "significant change" would emerge from the ballot.

In Moscow also, Mikhail Streltsov, 91-year-old pensioner, is satisfied on the contrary with the status quo: "the most important thing is that the country is stable and develops".

A man slips his ballot into the ballot box on September 17, 2021 in Moscow Yuri KADOBNOV AFP

Most of the opposition was banned from the ballot, the culmination of months of repression started with the arrest of Alexeï Navalny, while he returned to Russia in January after a poisoning of which he accuses the Kremlin.

Unpopular, against a backdrop of corruption scandals and declining living standards, the United Russia party has less than 30% favorable opinions according to polls.

But training should nonetheless prevail, for lack of real competition, the other parties represented in the Duma - communists, nationalists and centrists - being on the whole in line with President Putin, who remains popular.