Motorcycle GP of San Marino: Quartararo at his main rival Bagnaia Misano Adriatico (Italy) (AFP) After a poor performance in Spain, the Frenchman Fabio Quartararo continues his quest for a world title in MotoGP at the Grand Prix of San Marino in Misano, a track that his first rival in the championship, the Italian Francesco Bagnaia, knows by heart. Five races for a title to win: Misano is for Quartararo the opportunity to get back on the right track of his cor 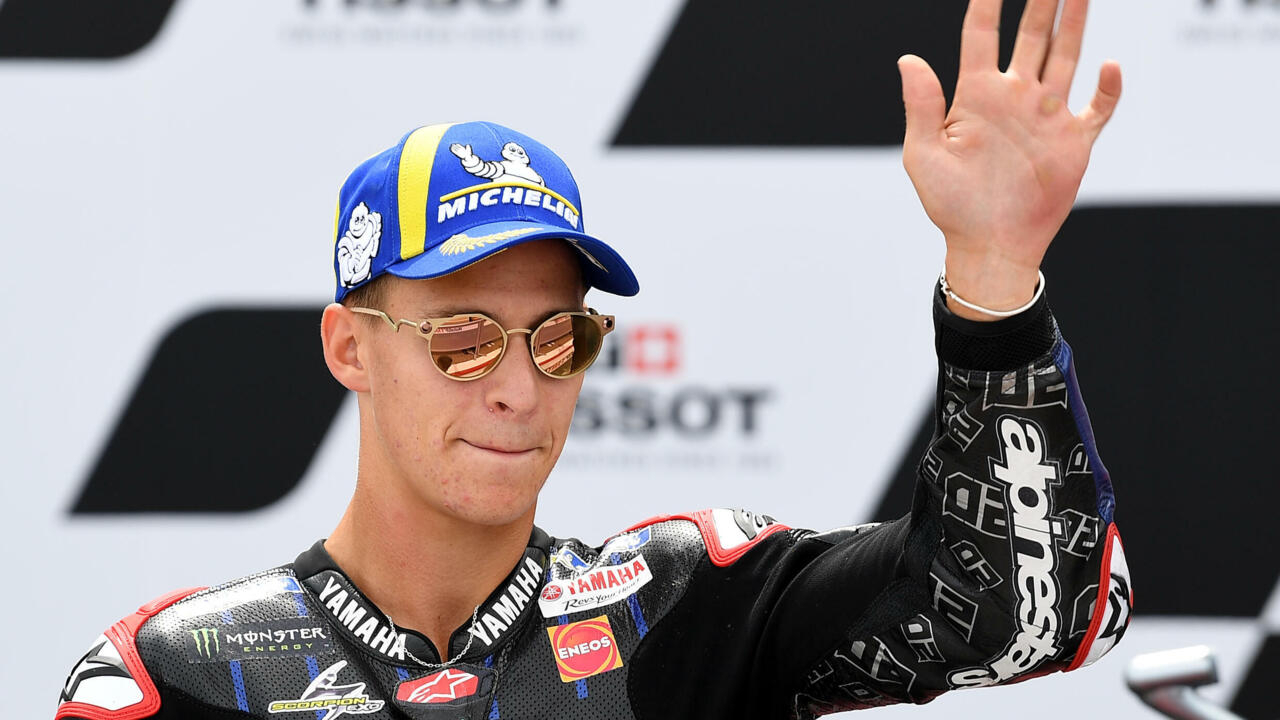 After a poor performance in Spain, the Frenchman Fabio Quartararo continues his quest for a world title in MotoGP at the Grand Prix of San Marino in Misano, a track that his first rival in the championship, the Italian Francesco Bagnaia, knows by heart.

Five races for a title to win: Misano is for Quartararo the opportunity to get back on the right track of his coronation, after the hitch in Aragon, where he finished only 8th and made his lead in the championship a little less comfortable.

However, the Yamaha rider is still 53 points ahead of his Ducati pursuer.

If this gap is still equivalent to two full jokers (a victory is worth 25 points), the Frenchman wants to regain the top at Misano, a track where Yamaha machines are usually successful.

Because if he does not like the circuit of Aragon, he "appreciates very much" Misano.

That's good, another race will be organized here on October 24, after the scheduled round in Austin and before the last two in Portimao and Valencia.

Only routes that the French are fond of.

Quartararo, 22, has yet to win here, but clinched a second place in his first top-flight season in 2019. Before retiring in 2020 after two falls: "We had some problems last year but this season with the new bike I am much more confident, ”explained the man who joined the Yamaha factory team in 2021.

He will face Bagnaia, who just won his first MotoGP Grand Prix in Aragon, at the age of 24.

Rid of this weight and passed 2nd in the championship, "Pecco" Bagnaia will now seek to continue on a circuit he knows by heart, being a member of the "VR46 Academy", founded by Valentino Rossi and which has its quarters a few kilometers away. of the.

The Italian driver Francesco Bagnaia winner of the GP of Aragon on the Motorland circuit in Alcaniz, September 12, 2021 LLUIS GENE AFP / Archives

Rossi, legend who is about to leave MotoGP at 42, will taste a first farewell tour this weekend in front of his fans, before the real jubilee on October 24 for the second race.

"It's always a special weekend, because I live next door, because I grew up on this circuit as a driver and for all the fans who will be there," said Rossi.

“The first time I rode a real motorcycle, a big motorcycle, it was here in Misano, in 1992 I believe”.

In front of the tifosi, two other Italians will be in sight: Franco Morbidelli and Andrea Dovizioso.

He comes back from injury after four failed GPs.

Dovizioso, 35, replaces him in the Yamaha-SRT satellite team and returns to MotoGP after leaving Ducati at the end of 2020.

"I have the opportunity to do five races to test myself before next season, my real goal," said Dovizioso, for whom "the important condition of the agreement is to have a factory motorcycle and a support of the factory "for 2022.

Behind Quartararo (214 points) and Bagnaia (161), the Spanish Joan Mir (Suzuki, 157), defending champion, and Johann Zarco (Ducati-Pramac, 137) have not said their last word.

Zarco is nevertheless muscularly hampered in his right forearm by compartment syndrome and will undergo surgery next Wednesday.

The star champion Valentino Rossi on the handlebars of his Yamaha-SRT during the tests of the GP Moto d'Aragon in Alcaniz, September 10, 2021 LLUIS GENE AFP / Archives

Also on the program this weekend, the title race continues in Moto2 between Remy Gardner (251 points) and Raul Fernandez (212), who will be promoted next year in MotoGP at KTM-Tech3.

In Moto3, the revelation of the season 17-year-old Pedro Acosta still has a 46-point lead in the championship despite his crash in Spain last week.

Finally, the MotoE championship of electric motorcycles will deliver its verdict with the last two races.

Meanwhile, MotoGP has confirmed that Michelin will continue to be the exclusive tire supplier until 2026, extending their collaboration for three seasons.