Nellie Jakobsson, who lives and studies in Kalmar, was called this spring and asked if she wanted to be part of an exclusive EU citizens' panel that will be able to influence the direction of EU decisions in the future. She said yes and now she's in Strasbourg. 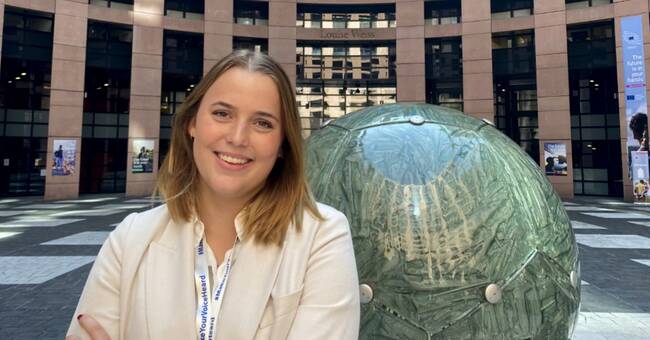 Together with six other Swedes and 199 other ordinary citizens in the European Union, she will now sit down and formulate future visions for the Union in a certain number of areas.

- I think it's fantastic that they want to know the opinion of ordinary citizens.

It is we who will react to the decisions they make otherwise.

Nellie herself says that she will place special emphasis and energy on influencing the EU's future in the work against social injustice and the climate issue.

- I think that as a Swedish citizen I can include opinions that can inspire other countries.

Hear her tell more about the exclusive mission in the clip.