It began to form secretly since Biden assumed the presidency and surprised the world, China and France.. Western newspapers commented on the "Ocos" agreement

American and British newspapers and websites commented on the new American-British-Australian agreement called "Ocos", describing it as a rare and ingenious blow to confront China. 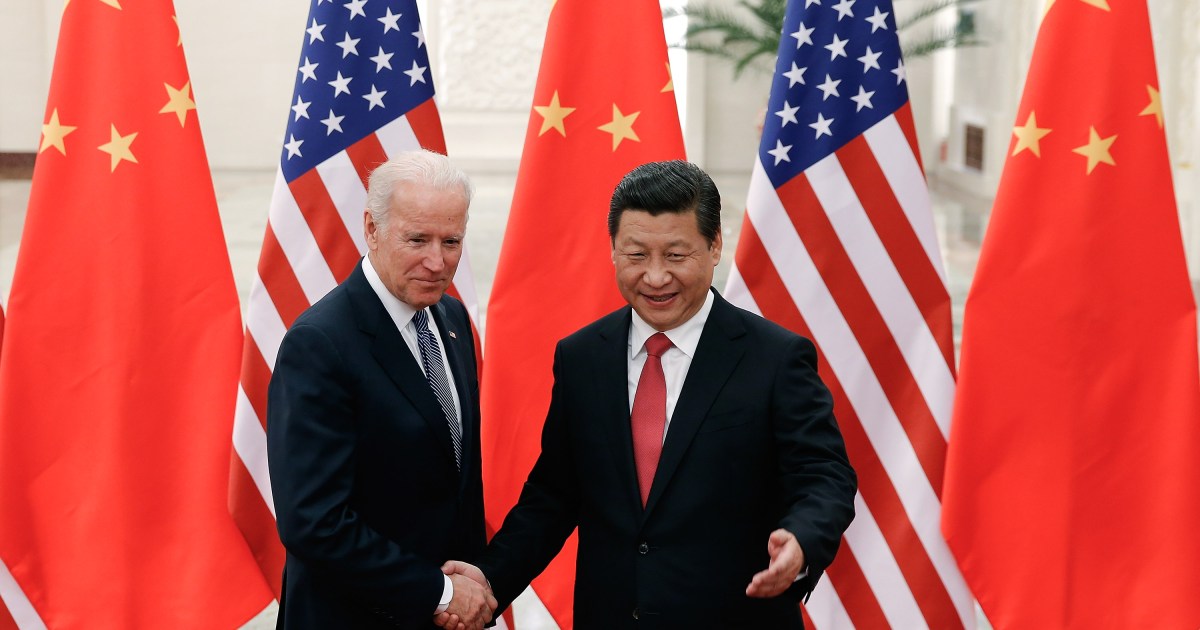 American and British newspapers and websites commented on the new American-British-Australian agreement called "Ocos", describing it as a rare and ingenious blow to confront China.

These newspapers said that the said agreement brings together the three Anglo-Saxon democracies in a multi-level mutual defense partnership, and focuses mainly on the Indian and Pacific Oceans, and on China, although it is not explicitly mentioned.

that this agreement would allow Australia to own and operate advanced nuclear-powered submarines to replace aging diesel-powered boats, giving Australia an offensive capability that China would need to reckon with in the event of a conflict.

Thus, Olsen adds, "Ocos" represents a direct challenge to China's ambitions and capabilities, because strengthening Australia's naval capabilities allows it to impose a stronger defense if China threatens its strategic interests, and it also places Britain and America directly behind Australia, forcing China to recognize that any An attempt to bully its neighbor will meet with united resistance, "No wonder China strongly denounces the deal."

Olsen added that this agreement is a masterful blow, and it is exactly what America should do to confront China, noting that despite China's strength, it cannot match the joint capabilities of America and its allies.

He called for directing American diplomats to strengthen those alliances and increase the military capabilities of allies.

He also said the more Asian democracies unite in response to Chinese aggression, the less likely China will be to engage in military adventures such as the invasion of Taiwan.

He concluded his article by saying that containing the rise of China is America's most important strategic goal, and the "Ocos" deal is another sign that Biden understands this and is taking important positive steps toward this goal.

And writer David Ignatius revealed in

Washington Post that the "Ocos" plan began to take shape in secret since Biden took office, but it surprised the world, not only France but China as well, adding that its announcement now reflects Biden's desire to show that the United States is an ally A strong military, despite the chaotic withdrawal from Afghanistan.

Ignatius also noted that while Washington is working to strengthen the alliance of the three English-speaking countries, it is also working to deepen relations with the "Quartet" partnership, which includes India and Japan in addition to Australia and the United States, and the leaders of the four countries will hold a summit meeting next week Biden hosts it.

that "Ookos" will remain a

strategic focus without the

large coalitions, which often fall victim to the

priorities and interests of

divergent, and military focus strategic obviously leads to increased friction Between the United States and China, and increasing Chinese efforts to force various countries to move away from cooperation with Washington.

that her "Ookos" open the

way for greater military cooperation between the

three traditional, and will support expanded cooperation between them in areas such as cyber security ,

The Guardian added that a resolute and unified response to China's actions by "democratic countries" is logical and desirable. As for whether this agreement will constrain China or push it to strengthen its military further, seek closer relations with Russia, and intensify other forms of pressure, it is a matter of up to the foreseeable future.

She concluded by saying that what is certain is that this agreement will exacerbate the division between China and the West.