Healthcare professionals worry about increased infection when the restrictions are lifted

The news that the corona restrictions will be lifted on September 29 has brought joy to many. But among hospital staff, concerns are growing about what the reliefs will mean for healthcare. - I hope that the Public Health Agency knows what they are doing, says Frida Pärson, Iva nurse at Norrland University Hospital in Umeå. 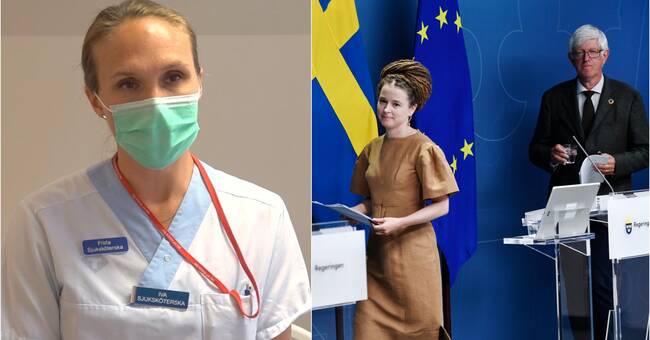 Frida Pärson says that she is tired after working hard for a long time.

In just under two weeks, the coronary restrictions will be lifted, despite the fact that the Swedish Public Health Agency predicts an increased spread of infection right into November.

- Why can you not keep it until after Christmas?

I have heard that people have talked about it, says Frida Pärson.

She is not alone in that thought.

The care association in the county would have liked to have seen them wait to lift the restrictions to give the care staff time to recover.

- We think it's a little too early.

Both members and managers we talk to share that image.

In addition to the pandemic, the summer has been tough.

Many are tired and have not had time to recover, says Jenny Olsson, chairman of the Healthcare Association in Västerbotten and continues:

- Then the memory from last autumn remains, it started calmly but then became terribly tough for the care.

"I started to be really touched by it" - hear Iva nurse Frida Pärson talk about what it was like to work during the pandemic in the clip above.