Google and Apple, accused of "censorship" by the opposition during the elections in Russia

The movement of the jailed opposition leader Alexei Navalni on Friday accused Google and Apple of giving in to the Kremlin by removing from their platforms an application that ... 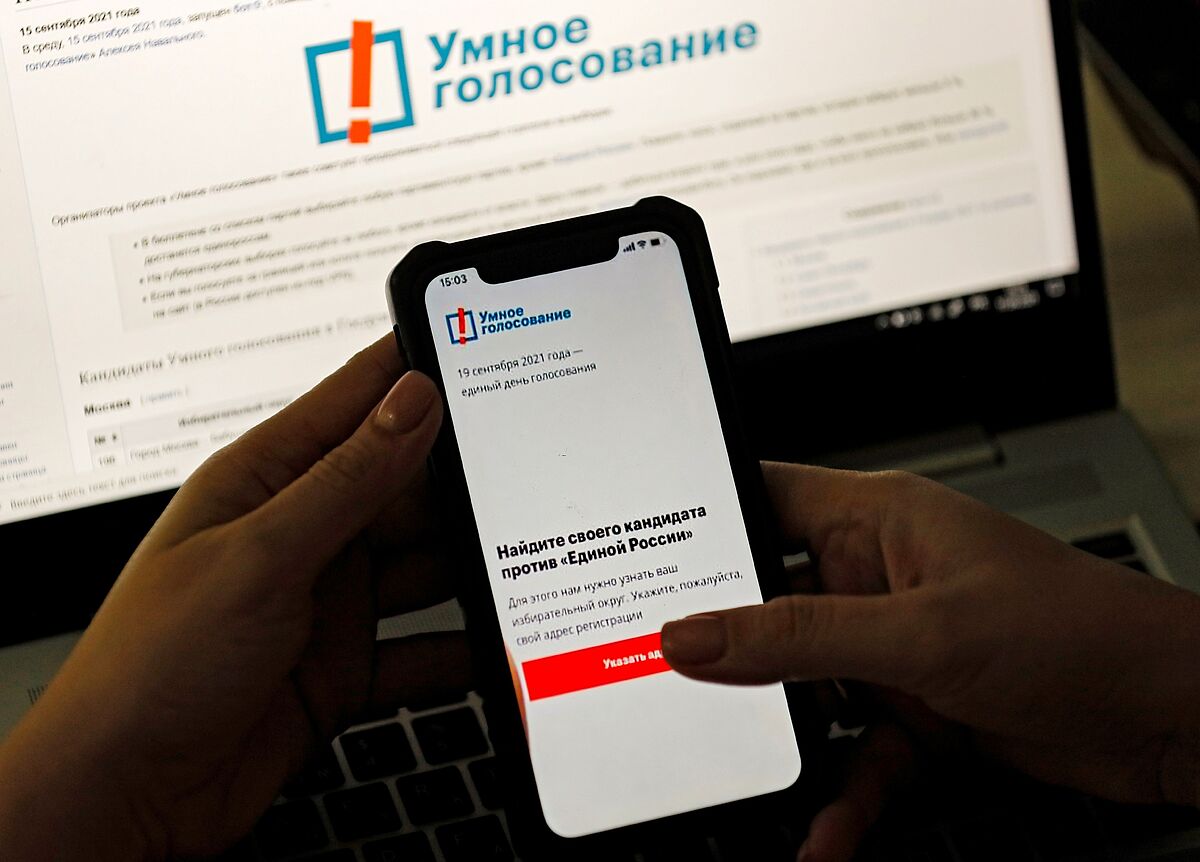 , on the first day of the Russian legislative elections.

Isolated because of a major coronavirus outbreak in his surroundings,

no anti-Kremlin candidate has been authorized to stand in these elections,

which are held for three days (from this Friday to Sunday) and after months in which an attempt has been made to reduce opposition movements to a minimum.

We have the entire Russian state against us

and even the big technology companies, but that does not mean that we are going to give in," Navalni's team said in a message broadcast by Telegram on Friday.

"Today (Friday) at 8 in the morning, Russian time,

from their application stores. That is, they gave in to the Kremlin's blackmail," Leonid Volkov, an opponent in the exile very close to Navalni.

"This application is illegal in our country," he insisted.

, via an application that indicates which candidate must be supported, in the vast majority of cases a communist, to unseat the United Russia candidates. Putin's training. The application lets you

know who to vote for in each legislative constituency

, but also in local and regional elections. In the past, this service had had some success, especially in Moscow in 2019.

. However, Russia has recently reiterated warnings to internet giants that refuse to remove content deemed illegal, including from the Navalni movement banned for "extremism" since June. In addition, representatives of the technology companies

This Friday, Senator Andrei Klimov, head of this commission, estimated that after the "conversation" on Thursday, "Google and Apple drew the only possible conclusion."

Some 108 million Russians are called to the polls

to elect the 450 members of the Duma, the lower house of Parliament

The results of the elections will be announced on Sunday, starting at 18:00 GMT.

"Due to sanitary restrictions, to quarantine, I have fulfilled my citizen duty online," said the head of state, in a video released by the Kremlin.

His detractors have denounced fraud

, spreading numerous recordings and images through social networks, as they usually do in each vote.

The opponents explained that they observed large lines in front of some polling stations due to the pressure exerted by the bosses on their officials and employees to come to vote during their working hours.

was transmitting images of crowds at the polls

Likewise, the NGO specialized in electoral observation, Golos, also details this type of fraud on its website, publishing photos of piles of folded ballots inside the polls.

has been classified as a "foreign agent"

by the Russian government, a label that complicates its activity.

Among the voters questioned by AFP, some made no secret of their disappointment. Evguéni Kovtounov, a computer scientist, advocated that there will be no significant change in the vote. However, in Moscow, Mikhail Streltsov,

a 91-year-old pensioner, is satisfied with the current status quo

: "The most important thing is that the country is stable and develops." In January, Navalni was jailed after returning to Russia after being treated in Germany for a serious poisoning that almost cost him his life and for which the Kremlin is accused.

Since then, his movement was banned and accused of being "extremist" and most of his allies had to go into exile, were arrested or their candidacies legalized.

, accounts for less than 30% of voting intentions.

But the formation will probably win the elections since there is no real competition and the other parties present in the Duma follow, more or less, the line of the Kremlin.