First it was the anger, then the questions and finally the action. The strategic agreement between Australia, the United Kingdom and the United States (US), that Aukus that involves the sale of ... 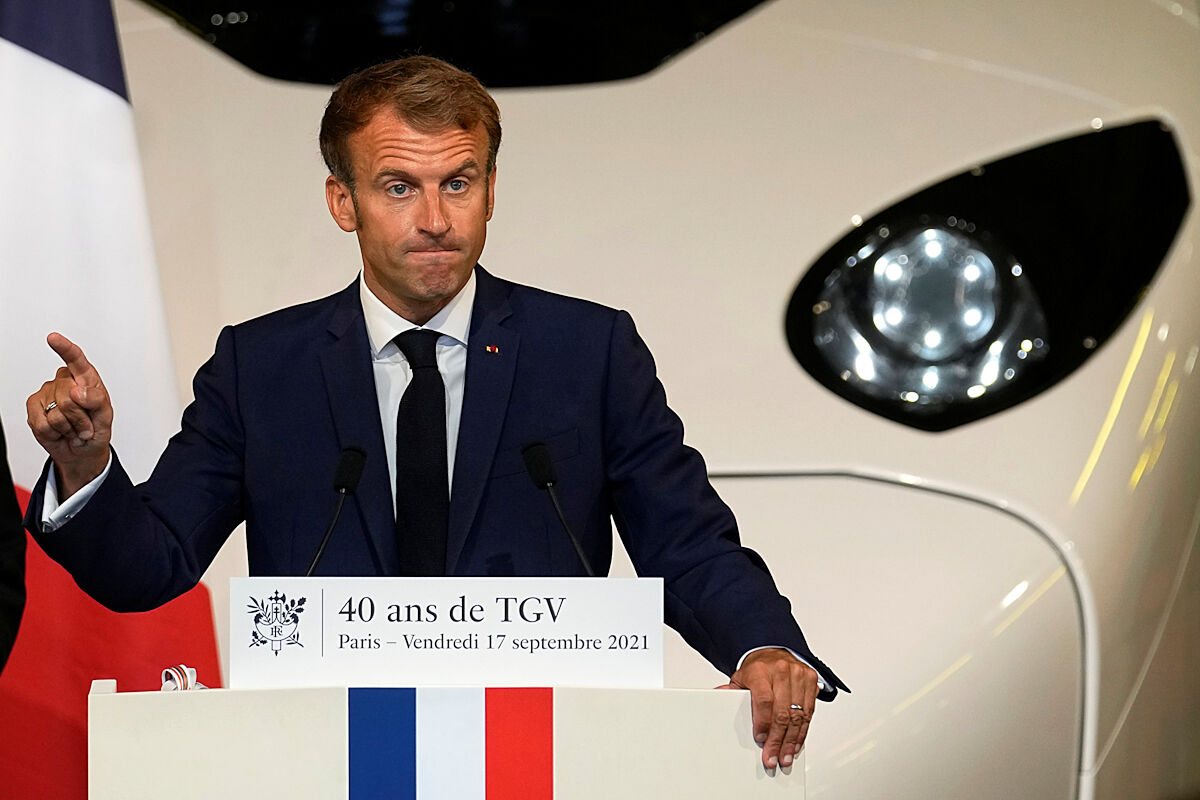 First it was the anger, then the questions and finally the action. The strategic agreement between Australia, the United Kingdom and the United States (US), that Aukus that involves the sale of American nuclear-powered submarines to Australia and, in turn, the breaking of a mega naval contract with France, unleashed the ire of the French diplomacy. More than 24 hours later, Paris wondered about the future of other weapons projects. What had Emmanuel Macron said? Any. And that was unusual. Until this Friday night, when he

The facts. "Betrayal in deep waters", "Indo-Pacific Trafalgar", "Slap". They had been the headlines of 'Le Parisien', 'Le Figaro' and 'Libération'. They were all on the same line.

France, humiliated by the US.

A slap in the face from Macron. Paris had sold 12 conventionally-powered submarines measuring 97 meters in length and weighing 4,500 tons to Australia. An agreement of 2016 during the presidency of the socialist François Hollande, being Manuel Valls, prime minister and Jean Yves Le Drian, minister of Defense (with Macron leads Foreign Affairs), but it was signed in 2019 with the current head of state.

60% of the total amount corresponded to what was done on site in Australia.

Canberra had contracted the weapons system to Lockheed Martin, the American industry that equips new Australian nuclear submarines with its Tomahawk cruise missiles.

Although in Australia there was resentment about the progress of the contract, and rumors in the press echoed by a French deputy who informed his executive when he returned from an official trip,

nothing foreshadowed the breakdown.

The French president glossed "the relationship of trust between the two countries."

No cloud in sight.

Not then, not on August 30, when Australian Foreign and Defense incumbents met with their French counterparts.

It was Wednesday morning, a few hours before the Aukus videoconference announcement, that Macron received a tip that the Australian premier wanted to speak with him as soon as possible.

The foreign and defense ministers were informed by their collaborators that their Canberra peers urgently needed to contact them.

These details are told by 'Le Monde' in its Friday edition.

It specifies that they were reunited.

Wednesday is the day of the council of ministers, preceded by a restricted meeting with the president.

Paris was forewarned of what was going to happen ... a few hours before.

Le Drian put a voice to the anger of the French executive, who in addition to "stabbing in the back", declared: "This unilateral, unpredictable and brutal decision

is very similar to what Donald Trump did.

That is not done between friends."

And from here two obvious assertions are already deduced.

For Biden, when Washington's strategic interests are at stake, it is "America first," as with Trump.

Whether it is a hasty decision like the withdrawal from Afghanistan, or a long-matured strategic agreement, does not matter.

Because no one doubts that the three-way pact and the sale of submarines had taken months of negotiations.

The second consequence leaves Paris in a very bad place:

neither its diplomacy nor its intelligence services sniffed the gamble.

In addition to the political and industrial fiasco, the issue leaves France without a role to play in the Indo-Pacific region where it has 9 million square kilometers of exclusive economic zones around New Caledonia and Tahiti.

Paris has always tried to defend

a third way in the face of the

between Beijing and Washington.

"A political, economic and strategic independence, especially through its nuclear deterrence that costs very expensive and is financed, in part, with arms exports" write Philippe Ricard and Elise Vincent in 'Le Monde'.

It is clear that France has lost much more than 8,000 million.

In addition to returning the United Kingdom to the Champions of world politics after a Brexit that reduced it to the second division, the move has other consequences for France.

Is the sale of Rafale fighter jets to India now in danger?

Chill in Paris before the meeting in the White House of the three partners of the Quad, that is, the prime ministers of Australia, Japan and India.

It is clear that Biden, after leaving Kabul, wants to show that Asia is his priority and, unlike Trump, wants to align one or more systems of allies against Beijing.

"Some even fear an Australian scenario in the European project of the air combat system of the future, known as the sixth generation fighter. Germany and France have been partners since 2017, Spain since 2019, along with industrial groups such as Airbus and Dassault A project that Paris considers central to European sovereignty and that is moving step by step.

It should be remembered that Germany holds elections in 10 days and that a long negotiation can be expected to unite a government coalition.

Europe this week defined a common strategy for the Indo-Pacific zone, the "importance" of which Macron highlighted in the only remote allusion to the crisis.

It was Thursday night in his joint appearance with Angela Merkel.

Then he lowered the periscope and radio silenced.

"We can no longer count on our American allies.

The head of state will have to take advantage of the EU presidency, which begins in January 2022, to

Confidence of a councilor of the Elysee in 'Le Parisien'.