Four out of five members of the Church of Sweden chose not to vote in the 2017 church election in Luleå diocese. But just over 19 percent turnout is still a large increase compared to previous elections. 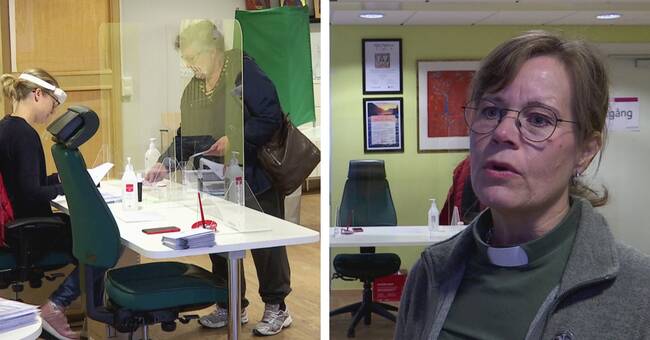 On Sunday, there is a church election and the polling stations are open.

Eleven nomination groups go to the polls in Luleå diocese and just over 316,000 people in 131 constituencies in Norrbotten and Västerbotten are eligible to vote.

At present, turnout appears to be around 20 percent, as in 2017, which means that just over 60,000 people will make an active choice.

This means that more than 250,000 people in the two northernmost counties will not vote.

Or as if all residents in Umeå, Luleå and Piteå were to vote.

- We would like to see more people vote in the church election, partly because the current situation makes democracy fragile. With such a low turnout, those who want to get into church politics do not need to have such a large group around them, says Åsa Björkman, election manager in Luleå diocese.